Put Down Your Birth Plan: How Idealizing Motherhood Is Causing Post-Partum Depression

“The rite of passage that is pregnancy and childbirth is set upon a pink and blue pedestal in our culture, making for a nasty fall back to reality.”

Something has gone terribly wrong with the popular ideas associated with motherhood. Whether it is in magazines, movies, Web sites, or even in the Church, society idealizes childbearing and rearing. This romanticism can be seen on the covers of gossip magazines lining check-out aisles across the nation, and it is heard from other women as supermom shares her secrets for getting ten hours of sleep while homeschooling and canning vegetables. Though there is much cause for celebration when a woman has a baby, an event that is full of joy and love, there is also cause for taking a step back and realizing it will most likely be one of the hardest, most emotionally taxing things she could ever experience. Even Jesus knew that having kids was no joke. When talking to his disciples, Jesus used the imagery of childbirth to describe the tribulation (Matt. 24:8, ESV). So, essentially, entering motherhood is like the apocalypse, or at least not too far off. Regrettably, the less than pleasant moments that come with motherhood get little press, and this romanticizing is hurting women, often pushing them into Post-Partum Depression.

One mother who is glorified by the media is Beyoncé. In a recent interview with People magazine, where she was named the “Most Beautiful Woman” of 2012, Beyoncé described her view of motherhood, one impossible for other women to attain. People quotes the pop-star on her radical life changes post-baby: “my toes and my feet are a lot rougher since I’ve become a mom” (Chiu 69). The interview continues to describe how, shockingly, Beyoncé now cuts her own hair, has taken to wearing flats, and eats little more than egg whites, turkey, and jalapenos (70-71). It becomes hard to tell if Beyoncé just had a baby, or if she’s at the spa. But it’s not just Beyoncé who is at fault for adding to the post-baby crash that most mothers experience once back at home. In her book The Mommy Myth, Susan Douglas argues that “celebrity mom profile” is actually its own media genre “that snowballed as the 1980’s progressed and became a dominant fixture of women’s and entertainment magazines by the 1990’s” and became a “crucial tool in the media construction of maternal guilt and insecurity, as well as the romanticizing of motherhood” (113). Stars and their impractical portrayals of motherhood set up incredibly unrealistic expectations and pressures for the women who read the cover stories.

It does not stop with magazines. Pinterest, a popular Web site for idea sharing, has a special way of making every mother feel as if she isn’t doing enough crafting or baking. Not meaning any harm, Evonne Lack wrote an article on Babycenter.com listing the different kinds of baby showers that are “Hot Trends” for women now; still, from the “Green Shower,” to the “Gender Reveal,” even a special party for Grandma, the expectations are there—and great expectations they are. Some baby showers end up rivaling fantasy weddings in scope and price.

Even the Church has gotten in on the baby-glamour action. Many religious circles over-correct the push for women in the workplace by putting too much emphasis on affirming ladies to have and rear children. The Church is supposed to be a place of community, vulnerability, and support. By idealizing motherhood, the Church can actually cause mothers to compete rather than support one another. It can also set up women who don’t want to, or can’t, have babies to become the object of inappropriate judgment. Life is always a good thing, and having children is a cause for celebration. But it is also hard, and it is not for everyone.

The pressure doesn’t stop with pushing women to have babies, and only increases once they do conceive. Though there is romanticizing that goes along with each stage, a particularly troubling time for mothers comes when they are encouraged to develop what is called a “birth plan” for their “ideal” labor and delivery. During my pregnancy, I can distinctly remember the moment when I was handed a paper from a nurse on the way out: “Don’t forget to come up with a birth plan. You’re six months!” I looked at the sheet like it was an advanced calculus test. I went back to work feeling troubled, teaching my students where to put commas, all the while thinking, “Birth plan! What! How do I do that?” After a bit of research, I felt my first twinge of guilt as I wrote down, “I will probably want drugs.”

Women need to realize that, despite their best efforts, labor and delivery can often be unpredictable. Birth plans soon get crumpled and tossed in the corner. In my case, an emergency C-section, the opposite happened for almost each point I wrote down. Though I did eventually get my epidural, I didn’t get to wear the comfy pajama top I bought from Target for my moment of glory. I did not get to try laboring naturally. My daughter was in distress, and my amniotic fluid was gone. My surgery went quickly, and my husband did not get to cut the umbilical cord. I did not get to hold my daughter for hours, as she was in the care of the NICU.  In “Grieving the Idealized Birth,” Michelle Brubaker brings up an important question for those who push this stringent planning: “So what happens when the birth plan goes awry? Often it leaves women grieving their idealized birth and dealing with feelings of their body ‘failing’ or even feeling ‘robbed’ of their envisioned labor.” Fulfilling, or failing to meet, the expectations in one’s birth plan are not, and should not be, the measure for a mother’s womanhood. Sadly, for many women, what happens during labor and delivery can be the catalyst for surmounting feelings of judgment, shame, and guilt.

Women also need to know that it is common for most mothers to experience the “baby blues.” However, when those blues last longer than a few weeks, and deepen with time, it is likely that the new mom is suffering from Post-Partum Depression (PPD). Brubaker cites that one in five mothers suffers from PPD. Symptoms of PPD can often include “anger, irritability, lack of interest in the baby, appetite and sleep disturbance, crying, sadness, feelings of guilt, shame, and hopelessness, loss of joy, and thoughts of harming the self or baby.” These feelings are in no way a measure of a mom’s ability, but too often women associate them as marks of failure. In some cases, Brubaker notes when there was an emergency involved in the birth, one in six new mothers can experience PPD Post Traumatic Stress Disorder. The symptoms for PPD PTSD are a “re-experiencing of the traumatic event, flashbacks and nightmares, avoidance of stimuli associated with the event, hyper-vigilance, anxiety, panic attacks, detachment, and a sense of unreality.” These are sobering realities that often come with one’s bundle of joy.

In many cases, guilt and shame often keep women from telling their doctors, or anyone for that matter, that they are struggling. In my case, I was clueless about PPD until those closest to me began to wonder out loud. Initially, I was in denial. I wasn’t sad, I didn’t feel depressed, and I had joy. However, I was behaving in other uncharacteristic ways. I was having panic attacks. I was unusually irritable when I could not figure out the enigma of baby cries. I dissolved into a pile of tears and apologies, an overwhelmed mess, when I failed miserably at breast-feeding. Still, I didn’t want to tell anyone about my anxieties. All I could hear were the voices of judgment. What would my doctor do? Would he call Social Services? What about all of those ladies at church? They all love having babies! If I confess, I thought, people will know I failed. Still, I began to talk.

Poet Adrienne Rich famously said, “When a woman tells the truth, she is creating the possibility for more truth around her.” Realizing that I had PPD, I began to tell everyone who asked what a difficult time I had with my daughter’s first few months. Sure, she was gorgeous and amazing, my pumpkin cheesecake, the best gift I’d ever received, but her first five months were beyond my capacity to handle alone. It was an all-out war for my sleep, sanity, and salvation from the crushing guilt and anxiety I felt. As I began to tell my story, mothers pulled me into corners to tell me of their own troubles. I would get e-mails from other women, relieved they were not alone. I have yet to meet one woman who has said that she, like Beyoncé, had her hair done and lip gloss ready to go for some glamorous laboring, and I have yet to meet one woman who has said that she did not struggle in her first months home with a newborn.

The rite of passage that is pregnancy and childbirth is set upon a pink and blue pedestal in our culture, making for a nasty fall back to reality. Unlike its portrayal in society, the reality of motherhood, from beginning to end, can and will entail trials and tribulations. However, having an apocalyptic meltdown can be avoided. Community can be an effective tool for preventing or helping PPD; women need to share their stories and break the stigma. We don’t have to be perfect mothers. We couldn’t be even if we had a medication-free birth and did every craft on Pinterest. Working together to be honest, women can relieve some of the pressure and the fairy tale in order to help new moms, and possibly even prevent some from getting lost in the confusing tunnel that is Post-Partum Depression.

Lauren Lund earned her MA in English from Liberty University, where she taught Grammar, Composition, and Literature classes. She now resides in Cleveland, Ohio, teaches for Liberty University Online, and is planning to pursue her PhD in Education.

January 25, 2013
Sex-Trafficking, Evangelical "Colonialism", and the Blasphemy of the Holy Spirit
Next Post 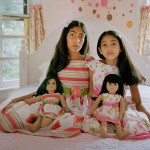 January 28, 2013 American Girl Dolls: Created In Whose Image?
Recent Comments
13 Comments | Leave a Comment
Browse Our Archives
get the latest from
Evangelical
Sign up for our newsletter
POPULAR AT PATHEOS Evangelical
1