The Obama administration recently announced an accommodation of their contraceptive mandate accommodation under the Affordable Care Act. The constitutional and legal intricacies can be hard to follow, but at the center of it all are enduring questions of religious liberty and public policy. The contraceptive mandate is a perfect test case, because it pits a widely (but by no means unanimously) endorsed public health measure against the clear moral teaching of a large and ancient religious group. The question we should have is, does this new accommodation address the major objections that had been raised by religious groups?

First, some of the terms. The “individual mandate” at the center of last year’s court challenges is something else. That law requires all Americans to carry health insurance or face a penalty (or tax, that’s complicated). I don’t mean to insult our readers, but I have heard well-informed commentators confuse the two in the same conversation. The Supreme Court upheld the individual mandate as a constitutional exercise of Congress’s tax power. They have not ruled on the “contraceptive mandate” (sometimes also called the “HHS mandate” for reasons explained below), though a barrage of challenges are wending their way up through lower federal courts. One other note: the HHS mandate requires coverage of all approved contraceptive devices, which includes the Pill, IUDs, and sterilization surgeries for men and women. For this post, we can leave aside whether any of these are abortifacients.

The Patient Protection and Affordable Care Act, “Obamacare,” was supposed to be a comprehensive healthcare overhaul. The idea was to implement sweeping reforms in order to  ensure all Americans have access to medical care. That laudable goal required the federal government to rearrange decades of private ordering and market configurations that were already burdened by regulatory schemes.

The aspiration is lofty, much like the Tower of Babble, and would have been dangerous even with years of dedicated attention to the proposed scheme. Instead, we had temporary one-party control of the federal government and an incoming Republican Senator from Massachusetts who campaigned as the 51st vote against Obamacare. The bill, thousands of pages long and impacting 1/6th of the world’s largest economy, was live for a matter of days. It’s no wonder that then-Speaker Pelosi informed us that, like a box of chocolates without one of those convenient maps, we would have to take a big old bite out of the bill before we could find out what we were imposing on ourselves.

Catholic groups have long supported universal healthcare, and some supported Obamacare specifically. So they were displeased when they bit in to that big ol’ truffle and found it filled with Birth Control Pills. The law enables the Department of Health and Human Services to make rules that have the binding force of law. As absurd as this sounds, this is the keystone of our modern regulatory state.

One of the rules promulgated under the law initially required all employers to provide contraceptive services. The idea is that unwanted pregnancy costs more in the long term and thus there is a legitimate public health and fiscal reason to promote contraceptive use. Whatever their naivete in supporting unprecedented federal intervention in healthcare decisions, the United States Conference of Catholic Bishops has since ardently opposed the contraceptive mandate in all its forms.

The backlash to the first rule resulted in the first “accommodation” in which the rule was changed to require insurers – “not the hospital, not the charity” –  to provide approved contraceptive devices. The bishops (and others) objected that Catholic organizations were still required to provide the means, basically to facilitate contraceptive access. It also presumed to define who counted as a qualifying religious institution. The administration promised to issue rules to protect religious freedom, and a federal court called them on it by making it an order.

That brings us to the present chapter, in which the administration attempts to comply with that court order. The latest proposed change to the rule provides that employees of exempted organizations will receive the mandated coverage under a separate policy.

Opponents are not impressed. The proposal is certainly an improvement for churches themselves. The only claim these organizations could make would be something like this: “We know that if we hire Jane, someone else is going to buy her insurance that covers contraceptives, so we can’t hire her.” As far as I know, the Catholic Church does not teach that you are morally responsible for the actions of others, even if you know that others will take such action.

The real problem, the recalcitrant issue, is that the rules still declare what organizations are really religious. Religious liberty is neither freedom to worship nor is it freedom for churches – those are simple starting points. But this version of the rule, like all the others, limits the exemption to church-owned entities. There is not even an attempt at “accommodation” for private citizens who happen to be Catholic. Under the new rule, the owners of Hobby Lobby or Hercules must still violate their conscience and provide or facilitate a product they believe is both sinful and inimical to human flourishing (a redundancy, to be sure, but one worth expressing). We should be on our guard when the state seeks to define the contours of the church, especially when they do so in novel ways.

Laws of general applicability are usually constitutional, even when they bump up against religious practice (says none other than Justice Antonin Scalia). What this means is that so long as the government is not targeting a specific religious practice, there’s no “free exercise” opt out for objectors. The HHS Mandate is certainly not targeting Catholics – proponents simply want all women to have easy access to contraceptives. And few people doubt that the federal government could impose a tax on all employers to provide free contraceptives at every post office. But a law that runs afoul of some 70 million Americans (regardless of how many of them fail to meet the standard they hold) suggests that a law’s means can be improper even if its ends are lawful.

Even if it is constitutionally permissible, isn’t there something funny about a law that has this kind of result? That it can be done is no argument for approving it. The second is related: does this tension suggest that maybe uniform federal regulation of personal healthcare is more than just a comically hubristic undertaking, but one that threatens our most cherished liberties? My answers are suggested in the asking, but I welcome the conversation and look forward to challenging my instincts on these critical and difficult questions. 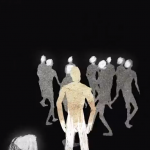 February 22, 2013 Notes from the Margins: Because of Christ, It Gets Better
Recent Comments
3 Comments | Leave a Comment
Browse Our Archives
get the latest from
Evangelical
Sign up for our newsletter
POPULAR AT PATHEOS Evangelical
1

Gospel for Asia's 'Forgotten Christmas' Showers Life-Changing Gifts...
WILLS POINT, TX – "For hundreds of millions of children across Asia,...
view all Evangelical blogs
What Are Your Thoughts?leave a comment
Copyright 2008-2020, Patheos. All rights reserved.