Keeping the Science Accurate (AKA why Kevin Swanson is wrong about little corpses) February 8, 2013 Christopher Hutton

One of the bigger conversations involved in the Pro-Life movement is that of the nature of the Morning After-pill and whether it actually has long-term results on the biological effects of the body.  In order to get this debate right, we need to have our science right.

And sadly, there are many who are making huge mistakes with their science.  In the last few days, Kevin Swanson made a few comments on his radio show about the nature of the womb/uterus, and the effects of after-pills:

This comment has been captured by a number of sources, like Right Wing Watch and Opposing Views, and used to attack the Conservative movement as a whole.  Is this what is shocking?  No.

What is shocking how comments like this are founded and how much people trust him no matter the facts.

Kevin is a well-accepted leader among those in the FIC/Quiverful movement, and a pastor with a long (and I mean LONG) history of controversy and debate in connection to issues of gender roles, the Family-Integrated Church movement, and the Culture Wars in general.  Many have compared his following to an almost-cultic level of devotion, where his word is gospel.   Hence, Swanson’s comments are even more dangerous, for many will accept these claims without actually testing the claims.

In the radio segment, Swanson provided no evidence for his claim.  So, how do we test it?  That’s a grand question.  From my simple glance over the science, this is an inaccurate statement, for that’s not how the system works.

Add to that this problem with menstruation, as noted by Opposing Views:

Now, I’m not usually one to feel the need to go all Biology 101 and point out that even if somehow there were tiny mini babies stuck in your uterus, they would come out when you menstruate since THAT’S THE WHOLE POINT OF MENSTRUATION.

Thankfully, journalists like Julie Anne of Spiritualsoundingboard.com are digging into this, in order to make sure we have the facts.  But we need to learn to check our facts, lest we end up lying and misrepresenting the truth of the situation. 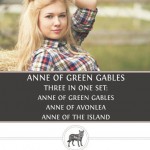 February 8, 2013
Anne of Green Gables Goes Blond?! (Let's judge a book by its cover)
Next Post 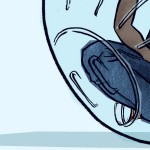 February 11, 2013 The Persecution Complex of the Modern Introvert
Recent Comments
1 Comment | Leave a Comment
Browse Our Archives
get the latest from
Evangelical
Sign up for our newsletter
POPULAR AT PATHEOS Evangelical
1