To the Marketing Director: These Are Not the Droids You’re Looking For

To the Marketing Director: These Are Not the Droids You’re Looking For February 5, 2013 Amy Lepine Peterson

In my house, we make a practice of laughing at commercials. We mock them to remind ourselves that they’re selling something, that they’re probably lying (with the help of photo editing and airbrushing), and that the products we buy don’t define us.

But recent Droid commercials are so disturbing that I can barely stand to watch them, much less laugh at them. In this spot (currently airing on Hulu), a man is strapped into a chair in a dark laboratory, with the Droid phone attached just over his heart:

As the human uploads the powers of the phone, his hearing, eyesight, and sense of touch expand. Like something out of The Matrix or Battlestar Galactica, the human is becoming a machine—and not only that, but such a development, Droid claims, is an “upgrade” to the human “self.”

Android has a whole series of commercials in this vein, full of dark, cyberpunk-y, gritty, and dystopian imagery about humans giving in to the machines in our lives and being re-molded in their image. (Compare that to Apple commercials, which are usually about making technology serve us: They’re warmer, lighter, more humanistic, and utopian. I think I know which image I prefer.)

Though questionable in terms of marketing value (who wants to be a Droid?), the commercials do raise valuable philosophical questions. Can upgrading your phone help you upgrade your “self”? What comprises the “self”?

Questions about the interplay of technology and selfhood are nothing new, granted. The new technology of the printing press, for example, fostered the growth of the notion of the individual self. This new sense of individual identity led to the Protestant Reformation and to the growth of the novel, “the literary form that developed as an expression of the modern subject: the record of individual, particular and progressive experience. In both form and content, the novel embodies the rise of the individual, and with that, the individual’s quest for identity.”

How, then, will laptops, cell phones, and tablets once again alter our evolving sense of individual selfhood? Books have already been written on this topic, and we’ve got much more to learn. (Frankly, the advertisers for the Droid ought to go watch some Battlestar Galactica before they try to contend that cylons are an improvement on humans.)

But regardless of what we still need to learn, there’s one thing we can say for certain, Android: Humans are not machines, and phones won’t ever “upgrade” our souls. 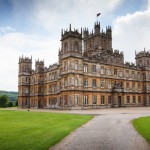 February 5, 2013
The Kiddy Pool: The Problem of Inheritances
Next Post

February 6, 2013 A Marriage Ink Blot
Recent Comments
4 Comments | Leave a Comment
Browse Our Archives
get the latest from
Evangelical
Sign up for our newsletter
POPULAR AT PATHEOS Evangelical
1