When Your Pop Idol Fails You

When Your Pop Idol Fails You February 20, 2013 Amy Lepine Peterson

Barack Obama. Tim Keller. Beyonce. The Pope. Tiger Woods. Batman. We love our heroes. It’s a natural human impulse for us to place our heroes on pedestals and our hopes in their hands.

But eventually, without exception, our heroes let us down.

In Japan, pop idol Minami Minegishi has disappointed her fans. The Atlantic reports:

The official YouTube channel of AKB48, the most popular musical group in Japan today, usually hosts music video clips and other promotions. Yet around 10 p.m. on January 31, a clip unlike anything ever posted there popped up. Minami Minegishi, a popular member of AKB48 since the group’s founding in 2005, faced the camera and apologized profusely to fans. As tears washed over her face, she said those in charge of the group had demoted her to the “trainee” team and, to punish herself, she had shaved her head. Her transgression: being caught leaving a young man’s apartment several days earlier.

Thousands in Japan watched the just-buzzed Minami deliver her tearful apology, and on Twitter the video promptly took up five trending-topic spaces. Many were shocked by what she had done to herself, while others believed the punishment was just and were surprised by what she had done. It quickly morphed into the country’s first big entertainment scandal of the year, but Minegishi’s painful-to-watch apology is much more than tabloid fodder: Her situation highlights the more disturbing aspects of the Japanese entertainment industry, and also on a growing gender problem in Japan.

AKB48, a musical group comprised of 87 members, belongs to a sub-category of Japanese pop (or J-pop) referred to as “idol music”. These pop idols sing, appear on tv, and are perceived to be more “accessible” than other pop stars, giving fans the illusion of having personal relationships with their idols. Part of upholding this fantasy means that the idols must avoid smoking, trouble-making, and dating.

Of course, the J-pop world is not scandal-free, and in recent years both male and female stars have apologized for disappointing their fans, but Minegishi’s apology is unique in the emotional wallop it packs. While male stars have issued apology statements or faced professional setbacks after their failures to uphold the code, none have embraced their shaming in the way that Minegishi has. The difference between the social response to male and female “moral” failure is indicative of a shift in Japanese culture back to more conservative gender roles. In the Global Gender Gap ranking last year, World Economic Forum ranked Japan number 101 out of 135 nations, and many Japanese responded that men and women are just different, and therefore the gender gap should exist. Moral purity, in other words, should be more important for a woman than a man.

The gender gap, and the harsh expectations (like this one) for women in several Asian cultures, are deeply troubling; but as a woman who has been teaching Asian students Minegishi’s age for the last decade, when I read this story I mostly I feel for her.

I wish I could have her over for tea. I’d tell her that someone has already shaved his head in her place, taken her shame, her family’s shame, and borne their wounds in his own body on the tree, and that it is ok that she’ll never be perfect.

And maybe I’d tell her that the real shame here is not that she was seen coming from a guy’s apartment. The real shame here belongs to the fans — the ones who put their trust in a human, idolizing her, and making her purity a kind of measure of her worth. (I can’t help but think about the recent purity debates that have been swirling around our corner of the Internet.) The fans weren’t really idolizing her; they were idolizing their own godlike ability to create her in whatever image they liked. What she did, waking them from their illusion, can only be for their good.

February 20, 2013
God and Country Music: The Wise Blood of American Music
Next Post 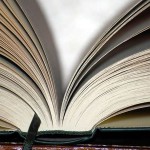 February 20, 2013 Do Physical Books Still Matter?
Recent Comments
0 | Leave a Comment
Browse Our Archives
get the latest from
Evangelical
Sign up for our newsletter
POPULAR AT PATHEOS Evangelical
1