Beyond Steubenville: Rape Culture and Complicity

Rape is a culture-wide problem; anyone who does not actively resist rape culture perpetuates it.

I don’t want to write about Steubenville. It’s more that I feel compelled to write about Steubenville. If you don’t know the details, take a look at the coverage by TIME Magazine’s Maia Szalavitz, who asks “How does public exposure affect recovery from a very private, traumatic experience?” Consider the facts: a sixteen-year-old girl was raped by two of her peers, Ma’lik Richmond (age 16) and Trent Mays (age 17). The incident came into the open as gruesome videos, photos, and online postings depicting and referencing the crime started circulating on the Internet. As my fellow CAPC writer Brad Williams remarked, “it’s just harder to hide our depravity because we’ve got Twitter now.” Even after the verdict fell, two girls took to the Internet to harass and intimidate the victim further; those girls have since been arrested, but their efforts to publicly punish, humiliate, and perpetuate even more violence (one of the tweets contained a death threat) are symptomatic of rape culture. Defined as an atmosphere of misogyny, glorified violence, and female objectification that cultivates fear and danger for women, rape culture isn’t just a problem in Steubenville. It’s endemic to American culture, and as much as outsiders can judge the witnesses who laughed or ignored or looked away from what happened the night that girl was raped, anyone who does not actively resist rape culture perpetuates it. We all live in Steubenville.

Consider the response of CNN, whose Poppy Harlow reported that it’s “incredibly difficult even for an outsider like me to watch what happened as these two young men that had such promising futures, star football players, very good students, literally watched as they believe their life fell apart.” There is no concern here for the victim, for the young woman who, no doubt, has been watching her crumbling life scattered across the Internet, her body and reputation scrutinized by those who witnessed the crime firsthand and the analysts who trailed behind them. There is no concern for that young woman’s healing and physical and emotional recovery, or what kind of promise her future holds. Harlow’s empathy for the perpetrators signifies a classic move in the rhetoric of rape: victim blaming. Blame it on the victim’s clothes. Blame it on the victim’s sexual history. Blame it on the victim’s initial arousal. Shouldn’t we also consider what those accusations say about men: That if women’s clothing prompts men to rape, our culture holds very low standards for masculine self-control? Instead, we treat men like animals who can’t help themselves, and we expect women to police themselves to protect themselves from men as if they were beasts. All to avoid assigning blame where it actually belongs. Consider this, if any woman with a sexual history is “asking” for rape, then most women of age in this country are asking for it. Do we really want to live in a culture where we don’t offer women the right to change their minds in the midst of amorous engagements, and where we don’t consider what kind of men need a sexual conquest without consent? Shouldn’t we contemplate why two young men would drag a barely conscious female around, penetrating her and abusing her body while joking and taking photographs?

Some have raised the point that the young woman was drunk, but does her drunkenness mean she is responsible? Yes, she’s responsible for being drunk. It’s not an activity we ought to advocate. Yet when we use that line to excuse the rapists, we miss the point that girls aren’t supposed to get drunk at parties because it leaves them susceptible to sexual violence. Women, we need our inhibitions; we have to keep ourselves safe because we can’t count on anyone else to do it for us. There’s a power in that, but it’s not a protection and it’s not a panacea. Staying sober won’t necessarily keep a girl safe. Why don’t we warn boys at parties, too, that getting drunk can lead to violence, to raucousness that easily spirals out of control? “Boys will be boys,” we say, and that expression covers up the concomitant cultural anxiety and appreciation for testosterone-fueled cruelty. As one former professional football player noted: “In many ways football is a training ground for rape. In the game, players learn to control the field and to dominate other players, and in the dressing room they endlessly fantasize and celebrate the male sexual conquest of women.” There’s a reason that conquering armies raped the vanquished nation’s women; rape demonstrates social dominance, demarcating a hierarchy where women are subjected to whichever patriarchy emerges victorious. This is not to say that all athletes or all football players are rapists, but that our culture celebrates male conquest in the sports arena and excuses the same aggression off the field, even if that means blaming a violent crime on a victim who made an error in judgment. Her mistake is really not so much drunkenness as letting her guard down in an atmosphere where masculinity reigns supreme. Her attackers were drunk, too, if not with alcohol, then at least with power. In rape culture, we don’t blame them for losing control in the same way, for lowering their inhibitions, even though we have a word to describe those who prey on the defenseless and the weak: predators. That’s the relationship even if the vulnerability is self-induced. It never justifies violence.

Why, then, do so many females participate in rape culture, aligning against the victim like the two girls who issued threats after the Steubenville verdict? Slate’s Amanda Marcotte writes “Claiming that it’s the victim’s fault for tempting men with her drinking/sexual activity/mini-skirt means telling yourself that as long as you aren’t as ‘slutty’ as the victim, you’ll be OK.” It’s a matter of self-protection, claims Marcotte. It’s easier to blame the victim than to acknowledge the violence of which men are capable. It’s easier to scapegoat an individual than to exhort an entire culture. It’s easier to think that what happens in Steubenville is something that happens somewhere else, where people are more depraved, more out of control. But it’s not true. Violence against women remains a significant issue in this nation and a significant issue worldwide. Many of the victims are not dressed “slutty” or inebriated; their crime is being female. It’s a life sentence more than half of us hope to carry safely through our old age. It’s the sentence I’ve communicated to my two daughters, for whom I feel compelled to write this piece and speak out against the unspeakable violence that plagues our country. I want them to have a world where they can move safely through public spaces without fear of social condemnation and violence. That is not the world I’m giving them, a fact I am reminded of every single day.

I have written before about my twenty-plus years experience as a runner, and what my many miles have taught me about the gendered nature of public spaces. I have been harassed and followed. I promise you this is not because I am remarkably attractive, because the perpetrators in many of these instances would just have been able to discern my femaleness beneath my sweats. And it doesn’t stop because I am visibly pregnant or running with my children in a jogging stroller. The only remedy I’ve ever found is to run with a man; a pack of women just looks like a larger pool of prey. Without that male running companion, I am, socially speaking, a loose woman—out of bounds. I become, to put it crudely, a candidate for rape just by being a woman who forfeits, even for a few miles, the protection of a man. A blogger at “The Belle Jar” speaks to this issue in the piece “I Am Not Your Wife, Sister, or Daughter. I Am a Person”; regarding the rape apologetics that every victim is somebody’s wife/sister/daughter, she writes “What you are actually doing is perpetuating rape culture by advancing the idea that a woman is only valuable in so much as she is loved or valued by a man.” The woman on her own is “asking for it” simply by virtue of being a woman on her own. Even, apparently, if she’s unconscious.

It is time, in the wake of Steubenville, to speak out: For women to stand in solidarity with our sisters, for men to resist the cultural narrative of male conquest, for people of faith to offer words of hope and healing to the oppressed instead of sorrow for the perpetrators. It is time to stop making excuses about the way we dress or what we drink or where we run and assert, wholeheartedly and without caveat, that violence against women and the rape culture that sustains it are abhorrent to God and to God’s people. It is time to pray for the victim of Steubenville, for her restoration into a community that values and accepts and cherishes her promising future. It is time to pray for the rapists of Steubenville, that justice will triumph over complicity and that they will know repentance and redemption. If we do not reject this rape culture and all that it implies about femaleness and maleness, we accept a brokenness that can only perpetuate violence. We must acknowledge the inherent worth of every human life, cherished and beloved by God, co-image bearers of God, and refuse to bequeath a climate of sexual violence to our children. It is time to speak out, because, to paraphrase feminist writer Audre Lourde, our silence does not protect us. 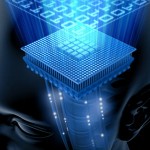 March 25, 2013 Can I Stick a Chip In Your Brain? The Ethics of Biological and Technological Integration.
Recent Comments
16 Comments | Leave a Comment
"Radford made a connection between Ender and Hitler.Another possible connection: Could Card have been referring ..."
Raymond Z ‘Ender’s Game,’ Genocide, and Moral Culpability
"Faith is the confidence that what we hope for will actually happen; it gives us ..."
Smiley M.M. Music Matters: David Bowie, Still Not ..."
""that many of us do not accept that a few cells of human DNA constitute ..."
myintx How I Changed My Mind About ..."
"No thought given to the unborn child whose life was 'silenced and oppressed'... sad."
myintx How I Changed My Mind About ..."
Browse Our Archives
get the latest from
Evangelical
Sign up for our newsletter
POPULAR AT PATHEOS Evangelical
1