The following are actual search terms people typed into Google (Yahoo?) which directed them to CaPC. In most cases they didn’t find the answer they were looking for on our site. FSQ is an attempt to remedy this problem by answering some of the most (de)pressing questions sent to us through search terms.

This week’s theme is Meme me up, Scotty!

If you play Mumford and Sons backwards, it sounds better. Make of that what you will.

A term used to refer to the Minor Prophets. “Tiny” referring to diminished or minor and “Fey,” which comes from the Middle English “feye,” meaning “visionary” or “clairvoyant.” Of course, it is anachronistic to refer to them as “Christian,” since they technically lived before the incarnation.

Q 4. I learned that feminisms was a word!

That’s great! I learned that some people brag to Google when they learn something new!

Q 5. Why the meme is important today in our lives?

I’m 99.99% certain that this was written by a Freshman Composition student. Note the unnecessary addition of “today in our lives,” as if the writer were worried that readers might think he or she was referring to the importance of “the meme” in our deaths.

Q 6. Is Christian allowed to do the Harlem shake?

Not until he does his homework. Then, if he really wants to, Christian can do the Harlem Shake all he wants. While he’s at it, he should Rick Roll a friend. I’m sure that’s still cool, too.

Q 7. We are all sinners, not just Lindsey Lohan.

In Sufjan Steven’s greatest song, “John Wayne Gacy” he makes the same point! Except, his image of human depravity is, you know, John Wayne Gacy, not Lindsey Lohan. I’m gonna go ahead and say that Sufjan understands sin a bit better, but you decide:

Q 8. Mark Driscoll and Rob Bell used to know each other?

They did Space Camp together as kids. Bell spent most of the space voyage staring out the cockpit window, meditating on how little we can understand of the universe, while Driscoll trained for MMA in zero gravity. This is entirely possible.

Q 9. What is the political moral of How the Grinch Stole Christmas?

The State may rob from the People while disguised as a source of hope (Santa), when the People awake to find everything gone, their voices shall bring down the State, with all its wealth and power. Also, the dog’s name is Max–which is suspiciously close to Marx.

Considering that just after Rodman left the country North Korea threatened to launch a nuclear attack on US forces: 1-in-5. 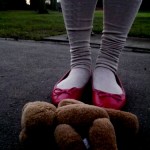 March 8, 2013 How "Religious Folk" Made Bioshock Infinite Better, and How We Can Make Other Games Better Too
Recent Comments
1 Comment | Leave a Comment
Browse Our Archives
get the latest from
Evangelical
Sign up for our newsletter
POPULAR AT PATHEOS Evangelical
1