Jason Collins is Gay, but is Chris Broussard a Bigot?

Yesterday Jason Collins became the first male athlete in one of the four major male sports to come out as gay. But headlines praising this move were overshadowed by news that ESPN NBA analyst Chris Broussard believes that practicing the homosexual lifestyle is a sin.

During a segment on ESPN’s Outside The Line about Collins’ announcement, Broussard stated that as a Christian, he believes that homosexuality is a sin:

I’m a Christian. I don’t agree with homosexuality. I think it’s a sin, as I think all sex outside of marriage between a man and a woman is. [ESPN’s] L.Z. [Granderson] knows that. He and I have played on basketball teams together for several years. We’ve gone out, had lunch together, we’ve had good conversations, good laughs together. He knows where I stand and I know where he stands. I don’t criticize him, he doesn’t criticize me, and call me a bigot, call me ignorant, call me intolerant.

The response to Broussard’s statements mocked him and his faith, and many implied that viewers should complain to ESPN about the analyst so that he would be fired.

Most of these responses quoted Broussard’s comments only and included an edited YouTube clip of the show so that we have no context. Based on these critiques, we are led to believe that Broussard randomly decided that ESPN viewers needed to know his stance on the morality of sex.

The charges against the analyst have been threefold: 1. That he held a morally repugnant position on homosexuality. 2. That he felt that the world needed to know that position. And 3. That he chose this time to announce this position, thus distracting from the real news story.

However, that’s not what happened, as you can watch here.

In fact, the entire 13 minute segment was devoted to the league’s reaction to Collins’ coming out. The topic was never the fact that Collins’ came out, but how the league would handle it. During this conversation, another one of the guests, LZ Granderson, states that it is important that we be able to have hard, uncomfortable, but civil conversations about homosexuality. And he notes that he and Broussard have had many such conversations, since they have opposite stances on homosexuality.

It was only after LZ had identified Broussard as someone opposed to the homosexual lifestyle that the analyst began to explain his belief. In other words, Broussard did not reveal his personal position on the issue, LZ did, and he clarified it.

But what’s more important here is that LZ and Broussard share their beliefs in the context of making the claim that what we need as a nation and a league is the ability to have these hard talks without resorting to hate or name calling. Both men understood that if we can’t have a civil discussion on homosexuality, things aren’t going to get better. If we call anyone who sees homosexuality as a sin a “bigot,” then the conversation shuts down immediately.

What both men were getting at is the way political language is used to delegitimize opinions and people. If we can label a moral belief “bigoted,” then we no longer need to pay serious attention to it. While Christians often point to this dynamic as the intolerance of tolerance, we ought to recognize that there are beliefs which we dismiss, too. There are beliefs which we reject out of hand and refuse to offer a space for dialogue. And rightfully so. Not all ideas are worthy of recognition and a chair at the table. So, the question becomes, is the traditional Christian stance on homosexuality one of those unworthy ideas, or does it deserve a voice in public discourse?

After Broussard explains how he and LZ are examples of how people can disagree about fundamental issues and still respect and tolerate one another, LZ makes the point that he too identifies himself as a Christian, and claims that homosexuality does not prevent someone from being a believer. The host then turns to Broussard and asks for a response: “Now Chris, he mentioned in his article, Jason, that he’s a Christian as well. So what’s your take on that?”

At this point, the ESPN host has asked Broussard to respond to the claim that Christians can be homosexuals. And Broussard answered, because he was asked.

I don’t necessarily agree with everything Broussard said. Specifically, I’m not comfortable making the statement that anyone who lives in sexual sin cannot be a Christian. Put bluntly, I’m not sure there would be a Church if that were the case. But that theological issue aside, I found Broussard’s words to be carefully chosen, thoughtful, and biblical. But for that medium, I suspect they were not wise.

Specifically, I think they were unwise because in that public space, his answer is likely to cause more heat than light, as it did. His words were ripe for taking out of context and removing nuance and ignoring the particular people who deal with same-sex attraction and worry about whether God loves them. There is a better model for speaking out against sexual sins, and that is the model that Broussard describes: meeting with and having honest, charitable conversations with people.

Even with my reservations about the theology behind some of Chris’ statements and the timing of his words, what seems irrefutable is that he has been grossly misrepresented by many people here. He did not bring up his beliefs, the host and his fellow guest did. And they were in the context of calling for honesty and charitable openness. LZ and Broussard were calling for an end to exactly the kind of dismissive rhetoric of power which has since been used to call for Broussard’s firing.

Let’s be realistic. Broussard–who is a terrific analyst, one of my favorites–may lose his job over this. ESPN has released a statement that does not apologize for the analyst’s beliefs, but does apologize for the way his beliefs became the focus of the conversation:

We regret that a respectful discussion of personal viewpoints became a distraction from today’s news. ESPN is fully committed to diversity and welcomes Jason Collins’ announcement. (deadspin)

I take this as a very positive sign that ESPN will stand by Broussard’s right to his moral and religious beliefs, but I worry that the public outcry for his head will ultimately prove to be too great. Which is unfortunate, because as this smart Business Insider piece points out, the producers of this segment knew exactly what they were doing by bringing Broussard on to address this story.

So, what do we do if he gets fired? Would this be persecution of Christians? I don’t think so. As I wrote about last week, Christians need to be very wary of calling things “persecution.” The victim complex is attractive, but destructive. I would encourage fellow believers to resist the urge to point to this situation as a sign that calling homosexuality a sin will soon be illegal or that Broussard is being persecuted for his faith. More than anything, if ESPN fires him it will be an example of smart business practices. LZ and Broussard believe this kind of honest conversation needs to happen, but ESPN might not want it to happen on their dime and on their network, which is their choice.

The temptation here is to frame Broussard and the US Church as the victim here, to see ourselves as being oppressed by an intolerant, hateful world. And as I’ve shown above, this is accurate–to an extent. Broussard has wrongly taken the blame for bringing attention to his beliefs. But I don’t think the way forward after events like this is to stress our suffering or “persecution.” Identifying ourselves as the victim only plays into the kind of unproductive and uncharitable rhetoric of power that we are reacting against. It invites us to focus on the injustice done to us, to the corruption and evil of them, and to the rightness of our cause.

Instead, let’s just not be surprised. Let’s just acknowledge that traditional Biblical principles are not respected and popular, and that Christ kinda told us that would be the case. Rather than make this about how intolerant and hypocritical the world is, let’s call attention to the need for grace in these conversations. Let’s agree with LZ and Broussard that we need to be able to have these conversations in an adult and loving way. Let’s channel that energy which we desire to spend lamenting our abuse on evidencing what loving, neighborly dialogue about faith and morality looks like.

Because if we spend our time weaving narratives of oppression and suffering, we will almost surely fail to present the Gospel as the gracious and power-transforming force that it is. 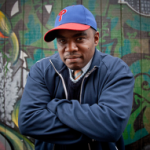