Pour Me Something Stronger: Nashville’s Addictions

Why do I keep drinking
Wasting my time on you
If I didn’t know better
Well, dammit, I do
…
You might as well be the devil
Oh keeping me out past three
Oh you’re the one with that apple
So baby, you can’t blame me

The song (originally written by John Paul White and Arum Rae and recorded by The Civil Wars) subtly sets up one of the main themes the show has teased out over the course of its first seventeen episodes: the destructive nature of addiction. Though Scarlett clearly knows that her boyfriend is not good for her, she can’t give up on him.  Addictions like Scarlett’s motivate many of the characters in Nashville, and in scene after scene, we watch those addictions destroy their relationships.

ABC’s Nashville, created by Academy Award winner Callie Khouri, debuted on October 12, 2012, to popular and critical acclaim. The story centers around queen of country Rayna James (Connie Britton), fighting to maintain her popularity in a changing industry, and Juliette Barnes (Hayden Panettiere), a rising pop-country vixen whose crossover singles top the charts. The two women clash as they both attempt to get Deacon Claybourne (Charles Esten), Rayna’s bandmate and former lover, to join their tours. Meanwhile, Juliette deals with her strung-out mother and Rayna attempts to salvage a failing marriage while her husband Teddy (Eric Close) runs for mayor of Nashville with the support of Rayna’s father Lamar (Powers Boothe).

The theme of addiction is most clearly seen in the interplay between Juliette and her estranged mother Jolene.  Because Jolene spent Juliette’s childhood high or drunk, Juliette refuses to engage her. Deacon, himself a recovering alcoholic, intervenes to help Jolene enter rehab.  Once she has successfully completed her treatment in rehab, Juliette agrees to allow Jolene to move in with her, along with a “sober companion”/counselor, and their relationship moves in a three-steps-forward, two-steps-back kind of pattern.

But Nashville’s addictions range beyond just alcoholism and drug abuse. Over the course of the season, we watch Lamar’s addiction to power obstruct his relationship with Rayna, his daughter. Mayoral candidate Coleman succumbs to the same addiction, going so far as to ally himself with his enemy in order to maintain a position of power. Teddy and Juliette both suffer from the need to be loved, fulfilling their desires in ways that cheapen intimacy and dissolve good relationships in favor of controllable ones.  Avery loses his friends, bandmates, and girlfriend in his relentless quest for fame and success. Over and over again, the show reveals the ways that choosing things – alcohol, drugs, sex, power, and fame – over people destroys relationships.

The moral center of the show, the aptly named Deacon Claybourne, is a long-sober alcoholic whose addiction over a decade ago ruined his only chance with the love of his life, Rayna. In a scene near the end of episode 15, Deacon counsels a younger musician who is seeking revenge to let go of the anger that threatens to define his life, and instead, to cling to his girlfriend.

It’s good advice, advice that most of the characters could use.  But of course none of them, and none of us, are strong enough to overcome our addictions and our weaknesses, even with the help of stabilizing relationships (a point the show makes later when even Jolene’s “sober companion” succumbs to his old addiction to power, abandoning Jolene to become Juliette’s manager).

As Rayna sings to Deacon on his birthday, we all need something stronger than just self-will to overcome our sins:

Oh, here I go again
walking the line
killing time between my sins

Oh, why do I come here
The ending’s still the same
I’m bringing back old tears

All these crooked voices, make them go away
I can barely stand up
I can hardly breathe
Pour me something stronger than me
Pour me something stronger than me
Nashville, under all its glitzy, soapy drama and great music, reminds us that addictions are insidious, that they ruin relationships, and that they can’t be overcome through sheer self-will.  Choosing healthy relationships with people over things is a good place to start, and the recognition that we need the help not of a strong drink, but of a stronger Someone (as AA might put it, a Higher Power) is essential.

{Bonus: a playlist of my favorite Nashville songs!} 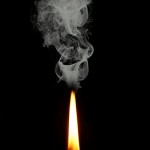 April 24, 2013 Melissa Harris-Perry Wants Your Kids! Or Does She?
Recent Comments
0 | Leave a Comment
Browse Our Archives
get the latest from
Evangelical
Sign up for our newsletter
POPULAR AT PATHEOS Evangelical
1