Citizenship Confusion: The Boston Bombers Tell Us Why They Did it

Citizenship Confusion, Alan Noble discusses how we confuse our heavenly citizenship with citizenship to the state, culture, and the world.

This morning, CNN reported that Dzhokhar Tsarnaev has told investigators why he and his brother committed their horrifying act of terrorism in Boston:

Tsarnaev scribbled [in a note found in the boat he was captured in] that the Boston victims were collateral damage as Muslims have been during war and that an attack against one Muslim is an attack against all of them.

The source added that Dzhokhar told investigators mainly the same details in a bedside interrogation at a Boston hospital after his capture.

When I read this report, I wondered how commentators would present and how readers would interpret this statement of purpose. I suspect that in the coming hours and days we’ll see commentators using this as evidence that the fundamental cause of terrorism is Islam; after all, Tsarnaev admits that he was motivated by other Muslims. This conclusion has very real and serious effects on our foreign and domestic policy.

If Islam is truly the only real cause of Islamic violence, then our foreign policy should be to suppress, usurp, and isolate Islamic countries as much as possible. And our domestic policy should be to outlaw mosques, outlaw Shariah law, and end Muslim immigration and tourism. Thankfully, most elected officials in our country don’t support these policies, but some do, and some influential political groups advocate for them.

What I would like to draw attention to is that Tsarnaev did not say they killed innocent people because Allah told them to, or because they were infidels, or because Muslims are at war with the West. He claims they did it in retribution for U.S. atrocities against Muslims in Iraq and Afghanistan.

We have to be careful here. It’s critical for our public discourse on Islam and terrorism that we don’t accept the principle of zero-sum culpability, which is the idea that whenever there is a crime there is a limited amount of blame to be allocated. So, if we allocate 100/100 points of blame to the criminal, then we can’t allocate any points to any other parties. The principle of zero-sum culpability does not accurately reflect our lives. In our world, a criminal can be completely responsible and culpable for his actions and others may be culpable too. Which means that, contrary to what some people would claim, when we point out that U.S. foreign policy and military disasters have contributed to Islamic terrorism, that does not remove an iota of responsibility from the terrorists and their allies. Nor does it mean that we are The cause of Islamic violence. Both positions, I would suggest, are nonsense. It does mean, however, that there are actions we can take to decrease the likelihood of further attacks, if we will listen.

If we reject zero-sum culpability, we need to at least consider what Tsarnaev said motivated him and his brother: retribution for U.S. crimes against Muslims in the Middle East. Does he have a point? Has the United States killed innocent people (i.e., collateral damage) in our war against terrorism? Yes. Too often. Aside from drone strikes, consider the U.S. “Kill Team” in Afghanistan that began killing civilians for fun and collecting pictures and body parts as souvenirs, as I’ve written about before. Or the U.S. solider who snapped one day, walked into a village in Afghanistan and began slaughtering people (another column I wrote). Or consider what we know about what motivates suicide bombers.

The question is not whether Tsarnaev is right in claiming that the United States has killed innocent Muslims as “collateral damage”; we have, repeatedly. And some of our citizens would like to see even more collateral damage. Neither is the question whether our crimes and/or abuses justify the killing of innocent U.S. citizens; they don’t, at all.

The question is, what do we do with this information. How will it affect the way we address Islamic terrorism? Because Tsarnaev’s statement is nothing new. If you’ve paid attention to what terrorists usually identify as their “cause” it is almost always U.S. foreign policy and/or abuses against Muslims in the Middle East. However, just as we should reject any reduction of Islamic terrorism down to “Islam,” so we should not naively accept the claim that U.S. foreign policy is the reason behind this violence; it’s not, but it is both reasonable and evident that it is a major contributing factor.

I’m not sure what the best answer is to the question of “how” statements like this should impact the way we combat Islamic terrorism, but here’s a start:

1. Make better efforts to curb collateral damage and military crimes and abuses. Easier said than done, granted, but this is still where things need to start.

2. Understand that we are fighting a PR war, as I’ve written before:

The War on Terror is to a large degree a PR campaign, and the failure to recognize this will only provide fresh recruits for our enemies and more lives lost. This is one of my greatest concerns with a Romney presidency. Many (but by no means all—thank God [literally] for the libertarians) conservative critics of Obama’s foreign policy have made the argument that the most important thing is to not look soft—and so an apology for burning a Quran, for example, is condemned. Some want us to cut foreign aid to countries where rioting over the Mohammed YouTube video took place (See the ACLJ). They object to our government stopping military training classeswhich depict Muslims as fundamentally at war with non-Muslims (see the Thomas More Law Center).

3. Particularly for Christians, we need to be very careful about not vilifying and demonizing Muslims. Unfortunately, some of our major Christian political institutions have bought into this practice. This kind of rhetoric feeds directly into the idea that our country is set against oppressing and killing Muslims. It suggests that the accidents and crimes that have been done by us or our soldiers are not isolated incidences but rather part of a united assault on Muslims by the United States.

The simple solution to Islam terrorism is to write them off as savage radicals who are too stupid and violent to be reasoned with and to reduce all the causes of terrorism to Islam. But if we are wise, we will acknowledge that there are multiple causes to this violence, and we will listen when terrorists like Tsarnaev tell us why they did what they did. If it will help us prevent further violence, we would be fools not to listen. 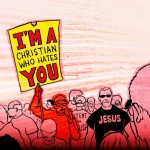 May 16, 2013
Muslims Stoning Christians in Michigan? Not quite… (Updated)
Next Post 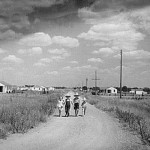 May 16, 2013 God and Country Music: The Really Attractive False Heaven of Small Town Living
Recent Comments
0 | Leave a Comment
Browse Our Archives
get the latest from
Evangelical
Sign up for our newsletter
POPULAR AT PATHEOS Evangelical
1