Citizenship Confusion: Why I Support Internet Sales Tax, as a Christian

Citizenship Confusion: Why I Support Internet Sales Tax, as a Christian May 9, 2013 Alan Noble

Every Thursday in Citizenship Confusion, Alan Noble discusses how we confuse our heavenly citizenship with citizenship to the state, culture, and the world.

The first thing you need to know about the Marketplace Fairness Act–commonly known as the Internet Sales Tax Act–floating around Congress and provoking much scorn and praise on the Internet is that it is not a new tax. Despite what you’ve heard this is not an effort by the Federal Government to raise our taxes.

It is designed to help curb your tax evasion.

Currently, in all but five states, residents are required to pay sales tax on items regardless of whether or not they bought them online or over the phone or in a catalogue or in a “brick and mortar store.” States have had to rely on the honor system to collect sales tax on online sales, and virtually no one is honorable, apparently. Depending on your state, you are required to self report and pay sales tax yearly. However, most people are oblivious to Use Tax, as it is called, and those who do understand that they are legally required to render unto Caesar his sales tax find it extremely difficult to do.

This is a mess. And for Christians who take Christ’s command to render unto Caesar seriously, Use Tax is burdensome and impractical. The Marketplace Fairness Act attempts to change all this by requiring all online sellers who do more than $1 million in sales a year to collect and pay sales tax. Instead of me having to keep track of all my Internet purchases all year long, the pressure is put on the stores to collect and pay the taxes. There are two major arguments in favor of this act:

1. As you may have noticed, local governments across the country are in serious financial trouble. By making online sellers collect sales tax, states should collectively gain billions in increased revenue each year.

2. By not requiring online sellers to collect sales tax, the State has allowed these sellers to essentially offer 8.5% (in my county in TX, at least) discount on all items. Except that the discount comes from the buyer evading tax laws. This law levels the playing field, uprighting the unfair advantage online sellers have been able to exploit by profiting off of a system which encourages tax evasion.

The bill is not without its problems. Specifically, there is the logistical nightmare of sellers having to keep track of the 9.6k+ different tax jurisdictions in the US and send them their money. For a small company, this effort seems an undue burden.

However, the law specifically contains a provision which requires states to streamline and simplify the tax process before they can require online sellers to collect taxes–which is pretty brilliant if you think about it. If states want to see the revenue owed them, then they need to make it reasonable for businesses to collect and pay them sales tax.

Some critics have responded that even with the simplification requirement the law is too burdensome on small businesses and that the limit should be raised from 1 million to 10 million. But this strikes me as deeply problematic. We should always craft laws with the intention of reaching 100% compliance. Raising the application of this law to businesses with over 10 million in sales effectively assumes consumers who shop at smaller stores will simply evade sales tax. Instead, if this act is to be modified, there should be even more stringent simplification requirements. The emphasis should be upon making the law reasonable and practical to follow, not to raise the bar until it only applies to those with enough money to comply. Because the latter is really just another way in which the State criminalizes its citizens through kafkaesque laws.

Another objection is that it is unfair and bad for the market to tax online sales, as they cost local governments less. Cities and states do not need to pay for the same infostructure for online stores, so they should demand less taxes. However, this objection favors tax evasion over tax enforcement. Instead of arguing that we should change the tax laws to make sales tax for online sales obsolete or reduced, some opponents simply argue that we should not enforce the current laws.

We should have discussions about whether or not it is appropriate to tax online sales, or at least, to tax them at the same level. But it’s not acceptable to argue that we should have a law taxing these sales and then make it so complicated to follow that the vast majority of people break the law.

What troubles me about many of these objections is that they stem from a sense of entitlement. Sellers feel entitled to not collect taxes and to the competitive advantage this provides them. Buyers feel entitled to not have to pay sales tax online. But neither of these are our legal entitlements; they both rely on widespread violation of the law–even if it is a bad law.

As a Christian who feels obligated to submit to governing authorities and to render unto Caesar, it is imperative to me that the current system is changed. If we want our citizens to obey the law, then the law must be reasonable and practical, as well as just. I am not convinced that the current version of this act is the best way to bring about such a law, but I do know that the current system is neither reasonable, practical, or just. And that it is yet another part of our litigious culture which turns citizens into criminals. Unfortunately, some Christians and Christian organizations have bought into the skewed rhetoric that they are entitled to tax-free sales, but they aren’t.

The pull towards increasingly draconian, kafakaesque laws which make unassuming citizens into criminals is powerful in our growing government. And acts like the Marketplace Fairness Act which make it practical to comply with laws will not stop this movement. But if Christians believe that our governing authorities are appointed by God, and that we ought to submit to them, then we must advocate for laws which make that possible. 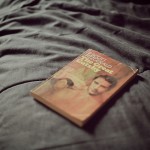 May 9, 2013 The Revolting and Honest World of The Great Gatsby
Recent Comments
0 | Leave a Comment
"Radford made a connection between Ender and Hitler.Another possible connection: Could Card have been referring ..."
Raymond Z ‘Ender’s Game,’ Genocide, and Moral Culpability
"Faith is the confidence that what we hope for will actually happen; it gives us ..."
Smiley E.E. Music Matters: David Bowie, Still Not ..."
""that many of us do not accept that a few cells of human DNA constitute ..."
myintx How I Changed My Mind About ..."
"No thought given to the unborn child whose life was 'silenced and oppressed'... sad."
myintx How I Changed My Mind About ..."
Browse Our Archives
get the latest from
Evangelical
Sign up for our newsletter
POPULAR AT PATHEOS Evangelical
1