One of the hardest topics for evangelicals to biblically, carefully, thoughtfully, and lovingly address is gender roles. Almost without fail, we muck things up, confusing gender for sex, cultural values for biblical values, and violence for selflessness. In Issue 3 of the Christ and Pop Culture Magazine, Benjamin Bartlett will offer an in depth look at “manliness” and the church. But something happened this week that gave me pause and reminded me why we need to have this conversation.

Noted author and increasingly influential evangelical figure Eric Metaxas has just released a new book chronicling the lives of seven famous, heroic men, called Seven Men. He was interviewed at National Review Online about this new book and made some unsettling statements about what it means to be a man, as a Christian.

It could be that in his book Metaxas clarifies and defines and qualifies these statements. But as a published interview which would be read by many people who will never read his book, Metaxas is responsible for the statements he makes. Nothing Metaxas says is particularly out of the ordinary for the way we evangelicals discuss gender roles, but that’s why they stood out to me. Metaxas’s statements reflect, I think, a significant segment of evangelicalism. And if we look closely at his comments, they are sweeping, unsupported, and dangerous.

We have a crisis of manhood in our culture. We’re afraid to talk about what it means to be a man, so I wanted to talk about it and show the lives of seven truly great men.

No evidence is given to support the assertion that we are in a “crisis of manhood in our culture,” because Metaxas relies on popular images of limp-wristed hipsters in tight jeans and twenty-somethings playing CoD: 4 in their parents’ garage. If you buy into that narrative about the “younger generation,” then you’re likely to skim right past Metaxas’s claim, head-nodding the whole way. But let’s not do that.

What exactly is this “crisis of manhood”? What has caused it? What defines it? Who is affected by it? Without acknowledging and addressing these basic questions, any attempt to solve this “crisis” is pretty misguided.

Even more fundamental: Is this a crisis of manhood or some other crisis? Narcissism, listlessness, irresponsibility—are these trends gender specific or is it that we’ve decided a priori that laziness is a problem with men, but not women, who are really designed for relaxed labor anyway?

I suspect that really what we are seeing as evidence of a “loss of manhood” is really a malaise of consumerism, unrestrained individualism, narcissism, and rampant technological changes. And while the particular ways these problems materialize may tend to be gender specific, they are not at the core gender problems.

Regardless, what’s important to see here is that Eric Metaxas’s claims are undefined and rest entirely on prior views about the younger generation.

[S]omewhere along the line in the last 40 years we lost our idea of what a man is. Every parent knows that a young man needs to know what it means to be a man — and that he needs and wants heroes. But in about the same way that we’ve shrunk from saying what a man is, we’ve denigrated the idea of heroes in general. Deep down, all men want to live heroic lives. And unless I missed something, playing video games isn’t all that heroic.

There’s a lot to unpack here, but I just want to focus on Metaxas’s shoddy use of language and how it mucks up any serious discussion of gender.

Generalizations about society-wide shifts in gender-identity and behavior really require thorough and careful research. Otherwise, all that we are left with are our presuppositions about changing gender roles—ones that have been formed by our rather incomplete personal experiences. But it’s not merely these generalizations which I find troubling, it’s also his flippant use of terms like “heroic.”

Her favorite show right now is Avatar: The Last Airbender, and when she inevitably asks me to play Avatar with her, I get to be Sokka; she’s the heroic Aang. She makes a pretty fine airbender, as you can tell from the snapshots.

I’m not trying to argue that my little girl’s desire to be the hero is normative for all little girls, but it is worth noting that boys aren’t the only ones who want to be a hero deep down.

But let’s take another step back from heroism altogether; is it good to encourage your young boys (or girls) to be a hero? Is that natural, deep, basic desire to be the protagonist in the story of your life admirable? Does it lead to Christian virtues?

In my experience as a boy (and even now, as oft-day-dreamer adult), the desire to be a hero almost always manifested as a desire to attain my existential justification through personal greatness. It was an alternate salvation—a salvation through being a heroic savior. If I could do something heroic, even if it cost me everything, then I would know that I mattered. I was worth something. My existence would be assured, and this assurance would be verified by those around me.

Maybe the desire to live a “heroic life” can be virtuous, but even if that is the case, it is far from self-evident, and so Metaxas’s casual use of the term is troubling.

Metaxas’s conclusion about the heroic life is that men have exchanged real heroism for playing videogames, which is not heroic. This comment is a non sequitur—it does not follow from the claim that many men play videogames that they do not desire and actively pursue a heroic life. Again, Metaxas is being sloppy with his language and appealing to this popular cultural image of the adult man wasting his life playing videogames. Mark Driscoll would be proud of Metaxas’s choice here. This generalization doesn’t stand up to much scrutiny.

Why videogames? Why not point out that watching football isn’t heroic? Or working on cars? Or Tweeting? Or any other of the myriad ways people waste time in the 21st century?

How many men devote all the heroic energy to saving the princess in the castle rather than the princess in their real life? Who knows. What matters here is that to a certain readership, “videogames” are a symbol of all that is wrong with the younger generation.

Let’s look at one more answer from Metaxas. Lopez asks him about the three men who sacrificed themselves during the Aurora shooting to save their girlfriends:

Of course, this is what men are supposed to do. It’s what I’d want a man to do if he was with my daughter or my mother or my wife, and it’s certainly what I would expect myself to do. Men express their love this way. It’s how God made us. Of course, women typically don’t jump in front of their boyfriends to shield them from bullets, because that’s not how God made women to express their love. But we have to wonder: Why did God make men that way? Why would we instinctively want to protect others, even if it means dying ourselves? What’s that about?

That’s what this book is all about. Men and women are different. God created us different. What is God’s idea of a man and why aren’t we talking about that? I’d suggest that the three men who gave their lives to save their girlfriends give us a picture of God’s idea of a man. It’s heroic, and it’s beautiful and moving and we need to celebrate it.

Metaxas is right, of course. God did make men to be willing to jump in front of their loved one’s to save them, but self-sacrifice for our neighbor is not a gender-specific role. Note the way Metaxas genders sacrifice:

Why did God make men that way? Why would we instinctively want to protect others, even if it means dying ourselves? . . . I’d suggest that the three men who gave their lives to save their girlfriends give us a picture of God’s idea of a man. It’s heroic, and it’s beautiful and moving and we need to celebrate it.

God certainly made men that way, but the model of sacrifice given by Christ does not have implications for men only. All Christians, regardless of gender, are called to lay down their lives for their neighbors (see 1 John 3:16) and to defend the weak and defenseless. All of us are called to die to self, figuratively and when necessary, literally. Certainly Metaxas is right that we ought to celebrate that heroic, beautiful, and moving sacrifice of these three men, but the picture God gives of sacrifice is not strictly gendered masculine. If there is any doubt of this, see childbirth, particularly childbirth prior to the 20th century and still today in impoverished countries, where this most basic act of life-giving often leads to the death of the mother.

Gender is complicated. I don’t get it. I don’t know if there is an Ideal Godly Masculinity that I should be aspiring to. But I do know that most of the time, when someone claims that they Know What Biblical Manhood looks like, they don’t. They make claims that are indefensible. They use terms loosely. They draw upon cultural images of masculinity and femininity without considering their roots and presumptions.

I believe that our bodies help to define us, and gender is a part of that definition. I don’t believe in limitless individual freedom for self-definition. We are bodily, and we are defined bodily. But we need to be careful, particularly those who are treated as an authority in evangelicalism, to not perpetuate extra-biblical conceptions of gender. 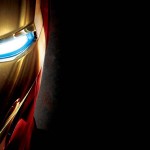 May 13, 2013
Is Iron Man More Ethical Than Captain America?
Next Post

May 13, 2013 ELSEWHERE: ENDER'S GAME, anyone?
Recent Comments
0 | Leave a Comment
"Radford made a connection between Ender and Hitler.Another possible connection: Could Card have been referring ..."
Raymond Z ‘Ender’s Game,’ Genocide, and Moral Culpability
"Faith is the confidence that what we hope for will actually happen; it gives us ..."
Smiley M.M. Music Matters: David Bowie, Still Not ..."
""that many of us do not accept that a few cells of human DNA constitute ..."
myintx How I Changed My Mind About ..."
"No thought given to the unborn child whose life was 'silenced and oppressed'... sad."
myintx How I Changed My Mind About ..."
Browse Our Archives
get the latest from
Evangelical
Sign up for our newsletter
POPULAR AT PATHEOS Evangelical
1

Who Is A "Progressive Christian" and...
Roger E. Olson
Related posts from Christ and Pop Culture