Following the Boston Bombing, a Puritan Reminds Us Not to Repeat Our Forefather’s Mistakes

Following the Boston Bombing, a Puritan Reminds Us Not to Repeat Our Forefather’s Mistakes May 7, 2013 Guest Contributor

Over the past few weeks, people all over America have been swimming through the deluge of articles on the Boston Marathon bombings in hopes of gaining some perspective on the story. As usual, some analyses are more helpful than others. UN Official Richard Falk considers the attack just retribution for America’s relationship with Israel. Vladimir Putin took this opportunity to say, “I told you so,” chastising the U.S. for its willingness to support Chechnya in the past. These evaluations would fall under the “unprofitable” category, and there are many more like them.

But perhaps we could benefit from the thoughts of a social figure of Boston’s past—and heaven forbid, it may even be a Puritan. Increase Mather (1639-1723), pastor of the historic Second Church in Boston and President of Harvard, offered his take on a parallel calamity in his work, An Earnest Exhortation to the Inhabitants of New-England* (1676). In this address, he aimed to guide the New England congregations in thinking through the series of violent Native American attacks on the colonies. Most colonists were entirely unfamiliar with the Native’s culture: how they thought, lived, and practiced religion. New Englanders found the Native tribes’ unpredictable nighttime assaults—in which they would often brutally slaughter women and children—barbaric and subhuman. The Natives were nothing like what they knew in Europe. Thus, fearing the unknown, many condemned all Native Americans as savages. Mather sought to nip this prejudice straight in the bud.

But first, he couldn’t help but blame the Native assaults on Boston’s revolting hair styles: “What shall we say when men are seen in the

Streets with monstrous and horrid Perriwigs, and women with their Borders and False Locks…whereby the anger of the Lord is kindled against this land!” Yes, he actually attributed the attacks to the people’s vanity, which might be a little bit like a modern pastor blaming the Boston bombing on piercings and goatees. But briefly give him a little grace. Mather ministered to many hurting people: “Is it nothing that Widdows and Fatherless have been multiplyed among us?” He wanted to see evil and its effects eliminated just as much as those impacted by the Boston Marathon bombings, but in this point his evaluation was deeply misguided. The Bible does not allow believers to blame suffering on someone’s sins. Eliphaz, Bildad, and Zophar went down this path with Job, and it was the wrong thing to do. Despite his insistence that God hates wigs, Mather made a very useful point in this treatise:

how many with us have condemned all praying Indians, crying out, they are all nought, there is not one good amongst them…? are not some Praying English as perfidious, as hypocritical, in heart as some Praying Indians? Shall we therefore condemn all? Is there such a spirit in this Generation, as that they are ready to destroy…the righteous with the wicked…? The Lord did intimate to the Jews that they should see many from the East & from the West sitting with Abraham and Isaac & Jacob in the Kingdome of God, when they see themselves shut out. So I doe believe, that many Englishmen that look with a disdainfull eye upon these poor Praying Indians, shall see a number of them in the Kingdome of God, when I pray God they may not see themselves shut out. And truly, if it were only the profane world, that had been guilty of this Sin, it may be I should not have spoken so much as I have, but Professors and Church-Members have many of them cause to lament before the Lord for this evil! Now from the Lord I Exhort and beseech you, whoever you be that have been guilty of murmurings in any respect, or of casting a stumbling Block before the Indians, go to God in secret places, confess your sin before him.

Mather recognized that many New Englanders discriminated against all Native Americans due to the actions of a few. Granted, some of Mather’s comments about the Natives were far from political correctness, but his emphasis that the church especially must not victimize a people group based on a few of its members’ actions is sound. Mather condemned the English for stealing the Native American’s land and for subjugating and exploiting them, and he summoned Christians to act differently. But now Christians had the added temptation to hate the Native Americans because some attacked their homes. Mather addressed this issue at the heart of the matter—the church was to love the Natives. If they didn’t, they may someday find themselves looking at the Natives in the Kingdom of God while they’re on the outside. Mather was quick to label discrimination sin, even when it was directed against a people group that inflicted deep suffering on you and your loved ones.

Mather’s counsel is relevant to understanding an attack in Boston by two Chechen brothers 350 years later. Many Americans today face the temptation to treat Muslims peoples in the same way that the colonists behaved towards the Natives: with an uncomfortable, criminalizing unfamiliarity. While the media is preoccupied with drawing attention to the Chechen’s heritage, Christians should be busy with reaching out in grace, equity, and love to all people groups among us—no matter what a few of their members did to our country. The Marathon bombings have given the followers of Christ an opportunity to stand out, “We are the children of the good old Non-Conformists: and therefore we are under the deepest engagement…to come up to the practice of Institutions Divine.” Well put, Mather. Christians must actively express the same goodwill to Chechens that God has extended to us.

*Increase Mather: An Earnest Exhortation to the Inhabitants of New-England. Boston: John Foster: 1676.

Ryan Hoselton is working on a Masters of Theology in Louisville, KY. He’s married to Jaclyn, his latin co-explorer in learning, travel, and exotic culinary research. He contributes blogs on church history at Historia Ecclesiastica. Twitter: @ryanhoselton 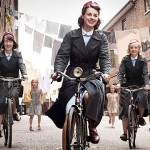 May 7, 2013 Fighting World Hunger One Food Photo at a Time
Recent Comments
0 | Leave a Comment
"Radford made a connection between Ender and Hitler.Another possible connection: Could Card have been referring ..."
Raymond Z ‘Ender’s Game,’ Genocide, and Moral Culpability
"Faith is the confidence that what we hope for will actually happen; it gives us ..."
Smiley M.M. Music Matters: David Bowie, Still Not ..."
""that many of us do not accept that a few cells of human DNA constitute ..."
myintx How I Changed My Mind About ..."
"No thought given to the unborn child whose life was 'silenced and oppressed'... sad."
myintx How I Changed My Mind About ..."
Browse Our Archives
get the latest from
Evangelical
Sign up for our newsletter
POPULAR AT PATHEOS Evangelical
1