Just to Clarify: The Boy Scouts of America Are Not Endorsing Homosexuality

The Boy Scouts are both a private association and an icon of American wholesomeness. Boy Scouts represent the clean cut, responsible adventurers among us, always looking to improve themselves, their environments, and those around them. While the Scouts are not an explicitly religious organization, and definitely are not a parochial wing of evangelicalism, the organization was founded in a fit of Teddy Roosevelt Progressivism, spurred by worries about the negative effects of urbanization and the like.

Over the past decade or so, the Scouts have been involved in a number of controversies over their policies toward gay Scoutmasters and the admission of gay Scouts. They came under fire a few years ago for refusing to change their policy on openly gay scoutmasters (their policy is: no). Recently, they have come under fire from the right for adopting a “Membership Standards Resolution” that concludes: “No youth may be denied membership in the Boy Scouts of America on the basis of sexual orientation or preference alone.”

Joe Carter at TGC notes, “The Boy Scouts of America (BSA) is not a Christian organization…” And Ron Belgau at First Thing’s blog says, “The BSA is a private organization, and are free to adopt whatever membership policy they choose.” Both of these statements are generally right, and I am not accusing these fine authors of misleading. But it is important to be qualify both the “not religious” and the “private” claims about the Scouts.

Although the Scouts have never been an explicitly religious organization, the Scout Oath opens with: “On my honor I will do my best to do my duty to God and my country,” and the Scout Law requires Scouts to be “reverent” and “obedient” (alongside clean, thrifty, cheerful, etc.). This kind of ethos will naturally appeal to the more conservative elements in society. To do some quack statistical speculation with no data, I think we can say that the oldest son of a retired Marine Corps colonel is more likely to be a Scout than the only child of a psychology professor at Brown. The Mormon church was the first organizational sponsor of the Scouts, the clean-cut goody images of those two groups apparently a match made in Heaven (but the nondescript vague Heaven from Touched by an Angel). The Boy Scouts obviously do not represent orthodox Christianity anymore than does Alcoholics Anonymous—but we also should not pretend there is no cultural affinity between religious conservatives and the Scouts.

As to their private status, the Scouts are one of a select few associations chartered under Title 36 of the United States Code. Other examples include the Daughters of the American Revolution, the USO, and Little League Baseball. Title 36 Charters exempt these associations from antitrust provisions and allow them exclusive control over their brand—that is why no other youth organization can use “scout” in its title. The reason this kind of recognition exists is because some organizations are deemed important to the national interest—promoting patriotism and good citizenship and the like. Title 36 recognition does not imply any governmental control, but it does mean that the public has an interest in the organization in a way it doesn’t in, say, your knitting club. Before the advent of the modern corporation, corporate charters were granted much more selectively and only to groups that served some discernible public interest. That is the tradition in which Title 36 stands.

So it is not really true that the Scouts can “adopt whatever membership policy they choose.” The Supreme Court upheld the Scouts right to set their own membership policies as part of their First Amendment right to free association, but we can be sure that a Title 36 Chartered organization would not be permitted to exclude blacks or Jews no matter how “private” we might consider them.

The point here is that it matters to Christians and it matters to the public. Let’s avoid trying to immunize this issue from either scope of concern.

What BSA Said (and Didn’t)

Go read the resolution. I’ll wait. There’s no way you read it that quickly (srsly you guys, go read it!).

You may notice a few things. Nowhere does the statement affirm homosexual behavior. There’s still all that God stuff in there. BSA is not reversing its position on homosexual behavior—indeed, on sexual activity among scouts at all. The Boy Scouts are a youth organization, and one of the tenets of that organization is that youth is not an appropriate time for sex, however defined. Observe: “Scouting is a youth program, and any sexual conduct, whether homosexual or heterosexual, by youth of Scouting age is contrary to the virtues of Scouting.”

There are reasons to be concerned about the direction of these changes (about which more shortly), but it’s unproductive and uncharitable to make it sound like the Scouts are endorsing homosexual behavior or even expressing tolerance of it. In fact, the BSA statement heads off a common criticism of traditionalists in this area: the charge of inconsistency. How often do we hear the objection that Christians seem to focus on one particular sexual sin to the exclusion of others? Why do we tolerate the cohabitation between boyfriend and girlfriend but expel from our midst the casually dating boyfriend and boyfriend? This BSA resolution does no such thing: It casts a sexually active lifestyle as counter to its youth principles without regard for which body parts are involved.

In making these same observations, TGC’s Joe Carter invokes the much thornier discussion of sexual identity as a legitimate concept. As an initial matter, we should not confuse these things for ourselves. Adolescents attracted exclusively to the opposite sex but refraining from sexual activity are not “heterosexuals” and those with same-sex attractions are not “homosexuals.” Unless those terms refer to attraction alone, in which case, they lose a lot of their force. In researching an academic paper on gay marriage, I discovered (from a proponent of redefinition) that it was only with the rise of psychoanalysis and sexual-identity politics of the 1920s that sexual proclivity became coterminous with personal identity.

That’s the mistake it seems critics of the Scouts are making. But it is not a mistake of the Roman Catholic church, the LDS church, or any evangelical church that thinks about it for more than a minute. And it was not the position of Jesus, who never consigned a sinner to his fate based on the weakness of his flesh. Is a greedy man a Mammonophile, a special kind that must be excluded because of his miserly tendencies? What about prostitutes, adulterers, sorcerers? The issue is hopelessly confused if we conflate our temptations and behaviors with our identities—nevermind that the mission of the Crucified God was to put an end to our slavery to the flesh.

Overreacting and mischaracterizing distract from whatever discussion we should be having. Defensiveness all too often blurs with being anti-gay, which is not only horrible but makes the very identity error we must reject. There are legitimate worries with the BSA resolution. An overarching theme—goal, even—of the secular left is about normalizing sinful behavior: free love, easy divorce, sexual exploration. But you’ll notice that is not what the Scouts are doing. There is a full-on media campaign to convince society that same-sex relationships have all the same natural tenderness and annoying problems as straight couples. But if anything, the Scouts are doubling down in saying that any expression of sexuality is off-limits—hardly a typical move for sexual revolutionaries.

There is a legitimate conversation about how we treat one another, but that is not the conversation about approving certain forms of sexual behavior or marriage law. The confusion of attraction, behavior, identity, and public policy is becoming tangled and impenetrable. The recent back-and-forth between College Kid (Dannika Nash) and Dr. Michael Brown is more constructive than usual (thanks to an atheist arbiter?), but it still feels like a shell game. Under the red cup is my generation’s discomfort with any kind of coherent sexual ethic, under the blue cup are some allusions to civil rights and interracial marriage, and under the yellow cup there’s some biblical hermeneutics going on. Now watch my hands closely, nothing up my sleeve, and before long you’re walking away relieved of your modest wealth and thinking Macklemore’s line “it’s human rights for everybody” settles the issue.

Perhaps the immediate problem—on display in the letter exchange—is defining “inclusion” as the only or at least the greatest good. This move toward the “judge not” gospel is rightly alarming, and the Scouts brouhaha is most certainly a battle in that war. The fact of Christian pluralism is asserted as a basis for “inclusion” or “nondenial” as the highest virtue. We surely must stand against such dilution and do what is required to defend the faith once delivered to the saints. But I’m certain we will lose the battle if we don’t even know where it is being fought. 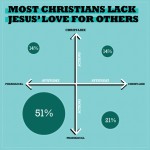 May 17, 2013 ELSEWHERE: Jay Nash's Letters From The Lost
Recent Comments
0 | Leave a Comment
"Radford made a connection between Ender and Hitler.Another possible connection: Could Card have been referring ..."
Raymond Z ‘Ender’s Game,’ Genocide, and Moral Culpability
"Faith is the confidence that what we hope for will actually happen; it gives us ..."
Smiley M.M. Music Matters: David Bowie, Still Not ..."
""that many of us do not accept that a few cells of human DNA constitute ..."
myintx How I Changed My Mind About ..."
"No thought given to the unborn child whose life was 'silenced and oppressed'... sad."
myintx How I Changed My Mind About ..."
Browse Our Archives
Related posts from Christ and Pop Culture