Oswalt’s Revenge: Sammy Rhodes And The Dangers Of Self-Promotion

Twitter is not for the faint of heart, nor is it well-suited for wallflowers, the sensitive, or those who think in long, complicated rambles. It works best for the angry, the charged, the righteous, and most of all, the funny.

Funny people on Twitter get just as many followers as celebrities (and indeed, sometimes more) because our world is always up for a laugh. Sammy Rhodes (formerly @prodigalsam) is one of those people who became Internet-famous because of his ability to generate laughs with 140 characters. A South Carolina campus pastor, Rhodes specialized in awkward, self-deprecating humor — a big hit with self-conscious college students and hipster Christians.

For several years, Rhodes has been plagued with accusations of stealing jokes, long considered the cardinal sin of artistry. The evidence doesn’t look good (the website “Borrowing Sam” was expressly created to debunk Rhodes’ claims of “riffing, not stealing”). Rhodes has been dismissive of the apparent similarities between his own tweets and those of other comedians who posted before him, which remains his current stance. In a post that has since been taken down, Rhodes acknowledged that many of his jokes were “clearly inspired by some of his twitter heros,” which is not problematic for him. Honoring one’s heroes with an homage of sorts can be both sweet and smart (and, of course, funny). But taking jokes, tweaking them a bit, and passing them off as original content does not smack of hero worship. It speaks to a sloppiness consistent with the ethic of Twitter, where the true artform is self-promotion.

Critiquing others can be a way of promoting oneself as well. Last week, Patton Oswalt called attention again to Rhodes, describing him as a “thieving hack.” Oswalt, a successful comedian with a streak of independent success both in movies (Big Fan) and television (Parks and Recreation), made the conversation personal, slamming both Rhodes’ character and religious life. An outpouring of rage and righteousness ensued on social media, with Rhodes’ responding that if anyone felt like he had stolen their joke, they should contact him and he would take it down.

Rhodes did not actively engage on Twitter with the underlying issues that Oswalt and other comedians were attacking (although he later went on to talk with Salon and explain why he feels he is not a joke thief). In his round-about-defense and by the mere lack of an apology, Rhodes took a defensive stance. And his Twitter followers, many of them in the Christian community, were mainly silent on this issue which implicitly made them defenders — of Rhodes, his jokes, and the idea that the world is a slippery place where creative content is up for grabs.

Many of my friends have been known to retweet a @prodigalsam joke or two, but I always found him a bit distant — the painful irony, the too-cool-for-school vibe — and I didn’t know anything about him. For me, comedy always works best in context. Patton Oswalt, on the other hand, I had a growing love and appreciation for. Ratatouille is one of 3 DVDs my daughter watches. I loved his scenery-chewing guest spot on Parks and Recreation. He seemed like such a champion of the unknown and the unloved. When I saw him attack not only Rhodes, but anyone who seemed even remotely connected (like Aaron Belz, an editor at The Curator who had written a positive piece on Rhodes a year earlier), though, the tides seemed to change. Was this about plagiarism any more? Or was it simply about who was on top? Who was the funniest, the smartest, the cruelest — who was the true artist among us?

Oswalt and other comedians calling out Rhodes for plagiarism have been marked, by and large, by their meanness. (I would link to some of the tweets here, but no good would come from it.) As an outsider, I was more than a little shocked by the level of vitriol Oswalt and his followers unleashed onto Rhodes. There is a striking difference in the level of fame of @PattonOswalt as compared to @prodigalsam (1,000,000+ followers to 130,000+, respectively). For a country that loves a good underdog story, it was unnerving to see a public figure attack such a relative unknown in repeated, vicious, 140-character missiles.

As it turns out, it is hard to make an honest, back-and-forth dialogue funny. So Oswalt (and his followers) did not even try. While there were people approaching the situation with funny, clever, and enlightening tweets — there were some serious musings on how little the Christian community responds to intellectual property thefts, as well as a few short treatises on the incredible difficulty of producing real and good work — by and large the response was what we’ve come to expect from Twitter: hasty, generalized, and undercut with a nastiness unknown to flesh and blood conversations.

This is not a defense of Sammy Rhodes. He has already spoken for himself and neatly sidestepped many of the real and pressing issues with his work. Based on both his “riffing” on his public heroes and his lack of apology of any kind, I don’t plan on following him any time soon. (Editor’s note: Rhodes recently announced that he is taking a break from Twitter and has closed his account.) But what it all comes down to is the same basic struggle we all deal with, although artists tend to experience it in unique levels: we are all afraid, all the time, of losing our value. So we lie, we cheat, we steal, we slander, or we blindly follow those whom we perceive to be in charge. We do whatever it takes to be the king of the hill, promote whatever part of ourselves we would most like the world to see (how right we are, or funny, or spiritual). We are all trying to explain, all the time, how valuable we are. Because deep down we don’t believe it.

Both Oswalt and Rhodes showed a part of their own fears and insecurities on Twitter; so too did their followers, supporters, defenders, and dismissers. It was a telling picture of how far the game of self-promotion can take us away from the path of love. Once our own artistic identities (and number of followers) become paramount to who we are, we have lost sight of what it means to be children of God. We become what we produce, how funny we are, and how quickly and succinctly we can cut one another down.

The Oswalt/Rhodes drama is a sobering look for all of us to consider where we find our identities. In the end, we’re all thieving hacks, insecure artists, and people trying to claim our spot as king of whatever hill we have staked our worth on.

But the beauty of the Gospel is this: we don’t have to stay there. 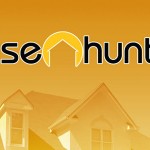 June 11, 2013 ELSEWHERE: How Not to Be a "Silly Christian Book Critic"
Recent Comments
0 | Leave a Comment
Browse Our Archives
get the latest from
Evangelical
Sign up for our newsletter
POPULAR AT PATHEOS Evangelical
1