Studios are Selling Man of Steel, But Should Churches Be Buying?

While Man of Steel producers are hoping that they’ve got another blockbuster on their hands, apparently they’ve been pitching to one somewhat surprising audience in particular. CNN’s Eric Marrapodi reports:

Warner Bros. Studios is aggressively marketing “Man of Steel” to Christian pastors, inviting them to early screenings, creating Father’s Day discussion guides and producing special film trailers that focus on the faith-friendly angles of the movie.

It seems they’re not just trying to get a couple of cameo references in sermons here and there either:

The movie studio even asked a theologian to provide sermon notes for pastors who want to preach about Superman on Sunday. Titled “Jesus: The Original Superhero,” the notes run nine pages.

“How might the story of Superman awaken our passion for the greatest hero who ever lived and died and rose again?” the sermon notes ask.

And of course, the comparisons seem so obvious: Superman is a Messianic figure, a son sent by a father from a different world, raised by surrogate parents, come to save us all. He’s not one of us, but he identifies with our cause, fights the battles we can’t against demons too big for merely human strength. He’s a shining beacon of truth, morality, and hope to a people who misunderstand and fear him despite his unrelenting will to save. The film plays this up to the point where its unmistakable, revealing him to be 33 years of age, and even setting him in a church struggling with a decision about whether to sacrifice himself for the planet, with a stained-glass picture of Jesus in the background.

As one of our editors, Jason Morehead, commented, “On the one hand, it’s nice to see media companies reaching out to Christians. On the other hand, it’s hard not to dismiss it as crass marketing.” I suppose its a good thing that studios are trying to harness the power of the market by producing quality films that cater to faith communities; giving us stories of integrity and sacrifice is nice.

The question is, should churches buy what the studios are selling? On the one hand, it seems like an easy connection–a way to bridge the gap between the Gospel and pop culture designed to use the well-known Superman mythology to highlight themes connected to God’s redemption in Christ. That said, some caution is in order for those pastors looking to capitalize on the Man of Steel craze.

Aside from the obvious problem of coming off as too desperate to make the Gospel look cool and relevant, any Superman-themed preaching needs to beware of the important theological issues involved in preaching a Superman Jesus.

Every Messianic analogy breaks down and it’s particularly important to note with Superman. As strong a the comparison is, he really isn’t like Jesus in some very important ways–one of the biggest is that he’s not really human. He might identify with our cause and plight, but he doesn’t ever fully share it. Unless he’s exposed to some Kryptonite or Red Sun, he’s impervious to just about anything you throw at him. Jesus knows what it is to feel human fear and pain–he wasn’t bullet, or nail-proof. Superman can’t bleed out and die like us, but Jesus does.

The flipside is that he’s not fully divine either; Superman is at best a demi-God. His feats of power, strength, speed, flight, and lasers do not entitle him to the title “Creator.” He is not eternal, immutable, immortal, or omnipotent, no matter how potent he is. He is a being among beings but not the source of all being; a superior being perhaps, but still on the “creation” side of the Creator/creature distinction (if that holds in the DC Universe.)

In fact, when you think about it, theologically Superman is more like the Arian picture of Christ. The 4th Century teacher Arius taught a savior who was not the eternal Son of God, (“there was a time when he was not”), and yet not a normal man either. He was a mediating being, the chief over creation who was yet still a part of it, and not to be thought of as equal to the Father.

Similarly, the salvation he offers us is that of a shining exemplar, not a redeeming Savior. Yes, he sacrifices himself for us and fights the battle we could never fight, against a ruthless enemy we could not beat. And yet, like so many other popular Hollywood Messiah figures, the goal is that one day he can teach us, inspire us, when we’re ready, to live a new a better way. In a sense, he saves, yes by feats of strength and moral courage, but the redemption of mankind will come by way of imitation. There is no atonement, or conversion, for Superman is the heroic, morally-educative Pelagian Christ who teaches us to save ourselves.

This isn’t a real knock on the movie, of course, or even the Superman character. It’s not Kal-El’s fault–only Jesus can be Jesus.

And that’s really the point I’ve wanted to make. While all of our heroes, in some way, seem to point us to the ultimate Hero, all of them fall short. Some have pointed out that Batman is fully human like us, knowing our pains and plight, and in that way, he’s really the more Christ-like hero. The problem is that when he dies, he dies. Part of what makes Jesus glorious, and that the Superman myth draws on, is our need for a Savior who can rescue us from the curse of death; we need a hero who can’t be held down by it.

Down the line I could go, with blockbuster hero after hero, pointing out the various ways they either measure up, or fall miserably short. The key difference that sets them all apart is that not one of the various heroes can truly offer us the redemption we need most–that liberation of the soul that comes when our sins are paid for and the Spirit is poured out in our hearts, setting us free from our bondage to sin. None but the Crucified and Risen One is strong enough offer me the salvation of a conscience cleansed from sin and reconciled with God.

It’s fine to enjoy a Superman’s feats on the big-screen–I know I did–but churches looking to cash in on the Man of Steel buzz need to clearly distinguish him from the Incomparable Savior they preach. 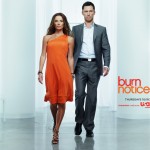 June 19, 2013 The Idylls of Miami: Burn Notice's Fairy Tale-Esque Narrative
Recent Comments
0 | Leave a Comment
"Radford made a connection between Ender and Hitler.Another possible connection: Could Card have been referring ..."
Raymond Z ‘Ender’s Game,’ Genocide, and Moral Culpability
"Faith is the confidence that what we hope for will actually happen; it gives us ..."
Smiley M.M. Music Matters: David Bowie, Still Not ..."
""that many of us do not accept that a few cells of human DNA constitute ..."
myintx How I Changed My Mind About ..."
"No thought given to the unborn child whose life was 'silenced and oppressed'... sad."
myintx How I Changed My Mind About ..."
Browse Our Archives
Related posts from Christ and Pop Culture

Hymn of the Day: When Morning Gilds the...
One of the interesting things about this text is that it appears...
view all Evangelical blogs
What Are Your Thoughts?leave a comment