God and Country Music: Traditionalism as a Shadow of Reconciliation

God and Country Music: Traditionalism as a Shadow of Reconciliation July 24, 2013 Nick Rynerson

Music journalist Greil Marcus believes that you can understand a culture if you understand its music. And while statistics are about as reliable as Firestone Tires on Ford Explorers, research has shown that 42 percent of the American population listens to country music. This means that out of every ten blokes you’ll meet, at least four of them probably love that high and lonesome sound. So according to Greil Marcus’ school of thought (and mine, and you know, a lot of people), what is being said in country songs is shaping the culture and content of the American population in a dramatic way.

Inclined towards the religious, the rural, and the regular, country music has an appeal and stronghold that is undeniably “unprogressive.” Songs like “Boys Round Here” by Blake Shelton praise a communal identity over individuality, and songs like Dierks Bentley’s “Every Mile a Memory” find rest in the past through nostalgic sentiment. Underneath the visible American current of progress and individual fulfillment, our music indicates an undertow of traditionalism. And that may not be all that bad.

What is it about country music that so attracts forty-two percent of the population? I propose that it is the same thing that makes the classics timeless, antique stores so wonderful, and high school football one of the most popular sports in the country. It is a longing for roots, significance, and stability. It is, in a way, a liturgical longing being expressed.

Tradition looks for meaning in the past, both in a collective sense (the sepia-tinted cinematography and music of O Brother, Where Art Thou? that captivated masses of people with a connection to a seemingly simpler time) and a personal sense (I like high school football and Friday Night Lights, because I played high school football). Tradition seems to be in the fabric of our identity.

Traditionalism longs for stability in the pre-existing. It is the desire to find meaning in the past and present rather than the future. Traditionalism desires a healthy, established status quo. Often fearing change, or getting the reputation for being afraid of change, the longing for the traditional is not purely about change or lack thereof, but about roots. Tradition looks to the past as an anchor for the practices of the future. Most of us know this, but unfortunately many— from evangelicals to liberals—see traditionalism as all bad. However, like all things, the longing for tradition is a good yet broken longing.

Mainstream country music acts as an unofficial hymnal of contemporary traditionalism in mainstream American culture. Some might consider this a bad thing, on both the right and the left. Evangelicals might point out that the moralistic theology in the “religious” country songs is a sad excuse for Christianity and is even detrimental to the mission of the church in the culture. Others might see it as a  weapon in the culture wars, a battalion opening fire on all that is open-minded. And while country music can be all that and more, much of the heart of the traditionalism found in country is beautiful and natural.

Country music doesn’t look far enough back, but it does have a traditional inclination that resonates with the heart. Country music can conjure up feelings of safety, belonging, and nostalgia, almost as if it’s a natural bend of the heart to find meaning in the annals of the past. All are feelings that are fulfilled in Christianity.

Christianity is incomplete without the roots of the past (i.e., traditionalism). But Christianity offers a complete traditionalism, not just looking back to the idylls of a past culture but further back across church history for role models of the faith, to the cross of Jesus for the purpose and power of the Christian life—and farther back to the only record of a perfect culture: Genesis 1 and 2.

But what about the fifty-eight percent who don’t like country music?

Country music doesn’t connect with everybody, but music does. From jazz and punk rock purists, to traditional creole and R&B, the American landscape is full of music that unites people around a forgone time. However, today many find progressivism a more satisfying endeavor.

Ultimately, progressivism starts with the assumption that the past and the present are broken, and only through changing what is seemingly broken can harmony be attained. Progressivism, in the context of a broken and unbelieving culture, is a yearning for a better world (what exactly needs to change is often the crux of the argument). Manifesting in activism, liberalism, and humanitarian effort, progressivism desires to change the status quo. Naturally, this would make it the enemy of traditionalism. The music that flies the flag of “progress” seems to be the antithesis of the message of most mainstream country music (think “Born This Way” by Lady Gaga).

However, progressivism fails in the same way that traditionalism does. It doesn’t go far enough. Christianity has a theological pull toward progress. Christians are called to care for the poor, live in a way that changes the world around them, and change from the inside out. And finally, progress will be complete at the second coming of Jesus. It is a progressivism that has much bigger ambitions than the shortsighted progressivism of the culture at large. But through understanding the tension of God’s already revealed revelation and the coming consummation, we can understand the longings of the culture around us.

So how do we navigate that tension? I propose that we do this by viewing life, culture, and ourselves in the context of a greater plot arc that begins with a perfect tradition and ends again in perfection. Ulitmately, our enjoyment of conservative country music and our longing for the end of an injustice serves as an expression of our souls craving reconciliation with a God who fulfills tradition and progression perfectly and for humanity’s sake. 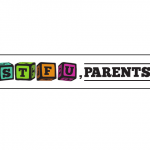 July 23, 2013
The Kiddy Pool: Over-Sharing and STFU, Parents
Next Post 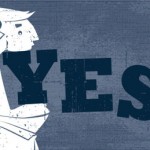 July 24, 2013 Saying No to Yes-icide
Recent Comments
0 | Leave a Comment
Browse Our Archives
get the latest from
Evangelical
Sign up for our newsletter
POPULAR AT PATHEOS Evangelical
1