Who knew? Ashton Kutcher is kind of amazing. At least, he is if this acceptance speech at the Teen Choice Awards is any indication:

Ashton won the “Ultimate Choice Award,” whatever that means. Judging from the speech, it’s probably a kind of “lifetime acheivement award,” where a “lifetime” ends after you’re legally able to drink.

I never really cared much for Ashton, mostly because I had some vague idea that he was kind of dumb, and also because if anyone “Punk’d” me like he did, I would politely laugh about it but would actually be filled with rage because my time is very valuable, you know. Also, I would possibly be holding back actual tears because my feelings were hurt.

But Ashton surprised me with an acceptance speech that was actually more like a three-point sermon. Essentially, he told his audience to remember that oftentimes “opportunities look a lot like work,” that “the sexiest thing in the entire world, is being really smart, and being thoughtful, and being generous,” and that “you can build your own life that other people can live in.”

So what was it about the speech itself that made me suddenly become such a fan of Ashton Kutcher?

1. Kutcher used a moment that is typically devoted to feigned humility and myopic self-congratulations to speak truth to those who desperately needed it. He knew that his audience was used to being told whatever they wanted to hear, that their world was often an echo-chamber of affirmation and consumerism, so he strove to short-circuit the best he could by speaking some genuine unfiltered wisdom into their lives.

2. Kutcher demonstrates actual humility by acknowledging upfront what we all feel about ourselves whenever we are successful. “I feel like a fraud,” he said. The confession rang true because of the genuine seriousness with which he delivered the line. As he announced that his actual first name was “Chris,” the awkward response from the audience was as if he’d confessed to hating the Twilight films or something. Ultimately, by admitting his own self-doubt, he opened the door for the rest of his audience to admit the same.

3. Kutcher treated this annoying group of teenagers with the respect and dignity that their common humanity commands. It’s this point that I found most amicable. While teenagers screamed random nonsense at him at the top of their lungs, while the speech took place in the midst of an event that can be described first and formost as “dumb,” Ashton found it within himself to ignore all of that, and speak to those in the room person-to-person, as if he were one of them, only older. The only thing he held over their head was a humble recollection of previous experiences. He didn’t feel the need to point out how obnoxious they were being or how much smarter he was than them.

Neither did he feel the need to patronize them, playing along dutifully with their whims and wishes. He didn’t take his shirt off and flex. He didn’t tell them to go out and party. He told them what he’d want to be told, and he treated them in the way he’d want to be treated. Youth, college and children’s pastors could learn from this guy. 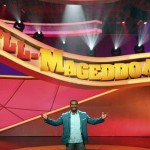 August 15, 2013
Remembering the Signs: God’s Word in a ‘Spell-Mageddon’ World
Next Post 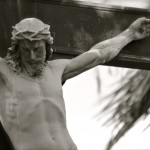 August 15, 2013 How the Psychology of Perseverance Can Help us Understand the Cross
Recent Comments
0 | Leave a Comment
Browse Our Archives
Related posts from Christ and Pop Culture