Aaron Hernandez and Stories of Violence

As a lifelong Washington Redskins fan, I have always been indebted to the late Sean Taylor. Taylor was a free-safety whose speed and size made him basically a quick-shutting human gate. In his brief stint patrolling the deep middle of the field, professional wide receivers, grown men all, regularly dropped easy passes in fear. He is still the only safety that has been drafted in the top five in the past twenty years, and no one disputed that it was an excellent decision. He was just. That. Good.

And for a team like ours that had endured an embarrassing string of YouTube-blooper moments, (here, here and here, for example) watching Taylor felt cathartic. Through him I released all my pent-up frustrations about 16 mediocre starting quarterbacks in 16 years, and at least half as many mediocre-to-bad head coaches.

But then, in the middle of his fourth season intruders entered Taylor’s home while he was recovering from an injury. He was shot by a kid younger even than himself. Taylor was 24, and died in the early hours of the next day of complications from the wound. Media coverage buzzed around the sudden and shocking event in an attempt to make some sense out of the senselessness.

Now, Aaron Hernandez, former bruising tight end for the New England Patriots, is being investigated for an alleged execution-style murder. Writers have been dusting off the old stories and throwing them into Hernandez’s way. The whole thing has unfolded like a serialized procedural drama: first the helicopter-shots of the media-surrounded house, as the accused emerges in handcuffs and white t-shirt, then the accomplices coming forward to plea-bargain, then the cops combing the lake for the murder weapon. Then comes the blame. A family history marked by violence, a gun-obsessed culture, systemic negligence, etc. Such is the narrative force that always draws stories about violent crimes and football toward a search for context. Who is to blame? What must be done?

In matters of violence, we need to believe that human aggression can be quietly contained in a healthy way, through sport or story. The rules that guide football shape its violence to some sensible end. But when professionals of a violent sport act violently, the line between sports violence and real-world violence blurs, and our deeply ingrained need for human violence to remain orderly and predictable becomes vulnerable. So we tell stories, because stories give seemingly out-of-control moments some context. Very often though, these are merely stories meant to find the source of the problem so that blame can be rendered and the violence can be eradicated.

Charles P. Pierce pointed out something interesting in a piece he wrote for Grantland as the Hernandez story first broke. In the following quote he is addressing the inevitable question of whether or not the Patriots’ organization should have “seen this coming” from Hernandez: “Face facts. You are trying to determine if someone has enough ‘character’ to make a living playing a brutal sport based on the fundamental immorality of destroying the human body for entertainment purposes.” This point has been difficult for me to process over the past month, as it confronts the way that I, as a fan, and more, as a follower of Christ and the Washington Redskins (in that order), consume and use the game of football. Is my fascination with Sean Taylor exploitative and damaging to the human body, analogous to watching slaves fight off lions in a Roman coliseum? Pierce ends his piece by blaming the Hernandez situation on a gun-happy culture, and implies pretty directly that football’s popularity is partially due to our culture’s love of violence.

As much as I would like to dismiss the idea right away (I really love football, and I really hate violence), I can’t do so without oversimplifying. The NFL’s ongoing saga with concussion-related issues, from lawsuits to suicides, suggest that football at least has some thinking to do about the bodily consequences latent in their high-impact sport. Also, last year’s BountyGate scandal revealed cracks in the ethical system meant to enclose the game’s violence to only those moments when it is necessary and safe(ish) to the opposing player. Clearly, football has some sort of violence problem. But are there helpful and important elements to the violence in football?

In a weird way, I think the answer is yes.

One of the ways that football functions in our culture is to provide us with the type of stories that are alternatives to stories of violence that degrade the human body. A well-executed tackle or sack becomes an instance where the human body demonstrates its power in a graceful, noble way, a way that celebrates the body as uniquely gifted and as useful in a battle in which no man’s blood is shed. Think of, say, last year’s excellent Super Bowl, a story that pit the veteran Ravens team vs. the up-and-coming 49ers and their young quarterback, as an alternative to the stories about violence contained in Tarantino’s last two revenge flicks, Inglorious Basterds and Django Unchained. Or Ryan Gosling’s disturbingly gory Drive, another revenge narrative, in which all but two characters end up graphically maimed/dismembered by the end of the movie. Or the many war narratives, both real and fictional, that saturate the media and guide our political rhetoric.  Football is at its best when it portrays human bodies in aggressive conflict, but in a way that displays the wonder of the human body without violating it.

So what does this have to do with the Aaron Hernandez saga? Hernandez’s story, assuming he has done what is alleged, is a story about man’s out-of-control wrath. This is an age-old conflict: man vs. man, man vs. self, man confronting and destroying a body he encounters as an obstacle on his way to his desire. Football can provide us with narratives of men overcoming their obstacles while still respecting and honoring the sacredness of the human body. We may, however, need to start noticing our tendency to celebrate when our team’s rivals suffer injury or some other disgrace, or when we take out our frustrations on the opposition, as I did via Sean Taylor. As members of the body of Christ, we need to be really serious about honoring the body. How we position ourselves in the on-going conversations about player-safety related issues will be reflective of how we, as the Church, view the human body.

It is in the persecuted, violated body of Christ that the enmity we see all around us is healed. If football can help us understand what we might do instead of kill one another, then maybe it honors human bodies after all.

Ryan Masters just finished his M.A. in English at Liberty University. There, he picked up several chronic social habits, including an obsession with existential Christian literature, Spaghetti Westerns, and pop music. He lives with his wife and newborn son in Lynchburg, VA. 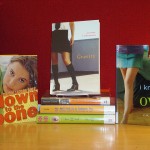 August 13, 2013 New Adult Fiction's Unhealthy Marketing Gimmick
Recent Comments
0 | Leave a Comment
"Radford made a connection between Ender and Hitler.Another possible connection: Could Card have been referring ..."
Raymond Z ‘Ender’s Game,’ Genocide, and Moral Culpability
"Faith is the confidence that what we hope for will actually happen; it gives us ..."
Smiley M.M. Music Matters: David Bowie, Still Not ..."
""that many of us do not accept that a few cells of human DNA constitute ..."
myintx How I Changed My Mind About ..."
"No thought given to the unborn child whose life was 'silenced and oppressed'... sad."
myintx How I Changed My Mind About ..."
Browse Our Archives
get the latest from
Evangelical
Sign up for our newsletter
POPULAR AT PATHEOS Evangelical
1