Derek Webb Was Wrong and He’s Sorry, But Why?

Derek Webb Was Wrong and He’s Sorry, But Why? August 1, 2013 Richard Clark

Derek Webb has released the title-track to his upcoming album, I Was Wrong, I’m Sorry and I Love You. You can watch the video below. It has a message!

Though the message is striking, it’s not, in actuality a huge departure from Derek Webb’s previous offerings. Webb has always been a blatant sort of fellow, the kind of musician that writes music with a mind to convince and change minds. When Derek writes a song, typically, you know he’s got a point to get across.

So what’s the point of “I Was Wrong, I’m Sorry and I Love You”? Probably Derek Webb’s slow realization that he’s been a flawed human being over the past ten years of his career, that he’s made mistakes, but that he’s grateful those who have stuck with him in spite of it. That’s a pretty universal sentiment, and an incredibly profound and honorable one at that, especially for a public figure.

Still, it’s going to leave a lot of listeners unsatisfied. The fact that both the song and the video allude to his previous albums implies a kind of specific and myopic focus, and a sense that there’s some inside knowledge that we’re not in on. Derek has been a controversial figure over the last few years, occasionally using words that make his fans blush, criticizing the church in various ways with coy and sarcastic choruses, and refusing to play into the standard “Jesus-per-minute” expectations often applied to most contemporary Christian musicians. It’s an approach that has lost as many fans as it’s won. As a result, Webb’s latest serves more as a litmus test than anything. What would you like him to be sorry about? Maybe it’s that.

That’s the most prominent flaw of this single: it inspires speculation rather than introspection. If the song was meant to be a powerful work of art, it would have been much more effective by being even more vague. More likely, the song is only the thematic introduction for an album yet to be released.

The upcoming album, purported by Webb himself to be a follow-up to his first solo album She Must and Shall Go Free, will likely be a more concrete offering than the title-track suggests. Derek Webb is nothing if not honest, both with others and himself, and like all of us, he’s done a lot of maturing in the last ten years. It’s safe to say he’ll have a point to get across. My bet is you’ll know exactly what he’s sorry for. 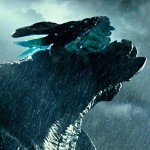 August 2, 2013 Canceling the Apocalypse? Cosmic Monsters and Tiny Humans in ‘Pacific Rim’
Recent Comments
0 | Leave a Comment
Browse Our Archives
get the latest from
Evangelical
Sign up for our newsletter
POPULAR AT PATHEOS Evangelical
1