Their popularity is an amazing testimony to the power of goodness. Their quintessential goodness is compelling to folks who think Americana music is about as appealing as wheat germ. And their quality has won over even the most traditionalist Americana snobs, despite their unorthodox sound. This rare (and ever-growing) combination of mass appeal and quality makes The Avett Brothers one of the best acts of the last decade. I really think this album could be the one that blows up… or at least I hope it is!

Their newest single “Another is Waiting” is classic Avett Brothers; a lovely banjo, great songwriting, and two minutes of pure loveliness. Listen to it here on NPR. The new album is due out October 15th and it’ll be worth your while, fan or no. 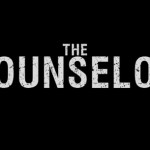 August 9, 2013
10 Reasons Cormac McCarthy and Ridley Scott's "The Counselor" is Probably Going to be Terrible
Next Post

August 9, 2013 ELSEWHERE: Will G.K. Chesterton Become A Saint?
Recent Comments
0 | Leave a Comment
Browse Our Archives
get the latest from
Evangelical
Sign up for our newsletter
POPULAR AT PATHEOS Evangelical
1