2. Consider where and on what devices to allow Internet access. You can require computers to be used only in the living room or other public areas of the house where there’s no expectation of privacy. But what about smartphones, iPods, and tablets? Some families might decide that allowing Web access on a device that can be taken anywhere is a bigger risk than it’s worth. Special note: If you’re going to allow access on a mobile device like an iPod, make sure you understand all the ways it can access the Internet and consider whether to turn that access off.

3. Use software to control and monitor access. Some programs, like Net Nanny, block access to pornography and a number of other categories of objectionable content. They can be effective and difficult to bypass, but they have their drawbacks too—”false positives” are a frequent issue, and users may find a number of normal sites blocked. Other programs, like Covenant Eyes, rely on tracking instead of blocking. They record all Internet activity and send an alert to parents or a designated “accountability partner” if the user is viewing something they shouldn’t. 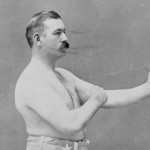 September 30, 2013
Can Driscoll's Army of SuperMen Save the Church From Death and Destruction?
Next Post 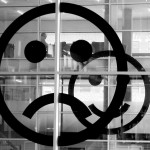 September 30, 2013 The Sources of Our Discontent: Why Our Generation Is Still Unhappy
Recent Comments
0 | Leave a Comment
"Radford made a connection between Ender and Hitler.Another possible connection: Could Card have been referring ..."
Raymond Z ‘Ender’s Game,’ Genocide, and Moral Culpability
"Faith is the confidence that what we hope for will actually happen; it gives us ..."
Smiley M.M. Music Matters: David Bowie, Still Not ..."
""that many of us do not accept that a few cells of human DNA constitute ..."
myintx How I Changed My Mind About ..."
"No thought given to the unborn child whose life was 'silenced and oppressed'... sad."
myintx How I Changed My Mind About ..."
Browse Our Archives
get the latest from
Evangelical
Sign up for our newsletter
POPULAR AT PATHEOS Evangelical
1