College Football is Not The Breakfast Club: The False Innocence of Unpaid Players

I have always loved the feel-good sentimentality of a good high school movie. I loved any substitute teacher that would play Lean On Me or Stand and Deliver rather than handing out worksheets. Dangerous Minds made me seriously consider teaching in the inner city. An inner city, that is, where the kids were dangerous enough to be intimidating, yet were ultimately pliable by a closer examination of Bob Dylan lyrics.

Just last week, The Breakfast Club almost moved me to tears out of sheer nostalgia. John Hughes, director-extraordinaire of 80’s coming-of-age comedies, knew how to craft a high-school story as well as Ferris Bueller knew how to lie. Hughes knew that school functioned as a microcosm of society’s uneven power arrangements, where those with authority would always make those without it feel like “adulthood” meant dull, sober conformity. He also knew how to play to the anxiety of the student in all of us, that small, innocent self that wants to get up and do this dance whenever it watches Judd Nelson sticking it to the principal during Saturday detention.

Briefly: school stories make us all long for a time that we were free of the grueling necessity of adult life. The bills, the responsibilities, the monotonous rehearsal over dinner about how each day went. John Hughes makes us long for the life we lived before sex and money made our lives more complicated.

Such longings give emotional power to stories like the one Sports Illustrated published recently about violations within Oklahoma State’s football program. Published in five parts, the story was meant to take “a deeper, longitudinal look” at how corruption in college football actually looks as it plays out on campus. Each part of the story follows its own corruption-themed narrative about the Money, the Sex, the Academics, the Drugs, and the Fallout of OSU’s alleged cheating. The upshot of the series, according to its editors, is to say that “the only way to effect change” in a “bankrupt” system “is by first understanding the way the Dirty Game gets played.”

Within the piece players bear witness to the familiar stories: cash left in the lockers of star players for good performances, sexy football-groupies bedding young recruits who come on visits, injured players cast out by coaches for minor team violations to free-up scholarship money. Its all—kind of—compelling. And—sort of—morally troubling. College kids are getting paid to play a game that makes their coaches millionaires? Uh-huh. And they’re coaches treat the players that are really important to their million-dollar job differently than the ones who are a liability to said job? That…makes…sense. And they smoke… pot? Right…

Has adulthood completely ruined my innocence?

I don’t want to beat a dead pigskin here, because the overwhelming reaction to this series has been, and will continue to be, absolute boredom, so I’m speaking from the majority position. Example of the series’s badness, from Part V: The Fallout—“…in the past decade so many players have been kicked out or driven out of OSU…that the sheer number of those discouraged and embittered raises the question: How much did the program really care?” Tiny violins around the world are tuning up. It is no secret that college football is big business and, as such, is pervaded with the inequities that characterize any economy. My position, in a nutshell: pay the players. Pay the better players at the better schools more than the bad players at the schools no one wants to watch. Supply and demand, etc. End-of-argument.

But what really interests me is why such stories get endlessly rewritten, and why the same sentiments still get us all worked up? True, this particular series was a bit underwhelming as scandal stories go. The stories are sappy, the rhetorical questions overdone. Yet I and the rest of America are so compelled to consume such stories that Sports Illustrated spent ten months reporting it over five articles. And ESPN filled hours of broadcast with noise about Johnny Manziell selling his autographs. Why do we care?

Consider John Hughes. Consider the trope of the overlooked child, forgotten or misunderstood by the adults in his life who have more pressing matters to think about. All the kid wants to do is enjoy life and develop into anything but them, because there is just no way he wants to wear tweed and read the newspaper and maintain his lawn all his life. The dream of the Hughes-ian child is a life untainted by the constant compromise of adult life, wherein earning one’s daily bread almost certainly means doing something for money that otherwise one would never ever do. Tragedy would be ending up like your parents: a life of chasing after financial security (money), constantly taming the spouse (sex) and making sure the health insurance is up to date (drugs). Comedy would be freeing yourself from the principal’s Foucauldian gaze and becoming whoever the heck you want to be. We don’t need no, education. We don’t need no thought control.

College football gives all of us access to this dream of youth. We like to maintain the hope that there is a place in the work-a-day world where people are motivated to work hard solely out of love and joy and inspiration. The pursuit of money just seems to muddy things up, making prima-donnas out of once honest young people. And isn’t that what the emotion is all about in these corruption stories? There’s this innocence that gets lost when it’s no longer just fun to live, but work as well. Therein lies the issue: fun and work have become binaries for those of us who have not yet learned to reconcile the two into one satisfying whole.

College players exist on that delicate boundary between childhood and adulthood that makes us want to save them from the things we hate about adulthood. We want them to buck the economic system that wants to transform them into dullards who take the money at the cost of their souls. But the binary is false: payment does not have to replace passion—it just has for a lot of us confused adults.

Ryan Masters just finished his M.A. in English at Liberty University. There, he picked up several chronic social habits, including an obsession with existential Christian literature, Spaghetti Westerns, and pop music. He lives with his wife and newborn son in Lynchburg, VA. 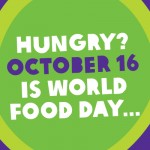 October 17, 2013 ELSEWHERE: iPads Are Proving Beneficial for Special Education Students
Recent Comments
0 | Leave a Comment
Browse Our Archives
get the latest from
Evangelical
Sign up for our newsletter
POPULAR AT PATHEOS Evangelical
1