God and Country Music: Stories and Reformation in Outlaw Country

Outlaw country, as a genre, came into its own in the early 70s with the likes of Johnny Cash, Willie Nelson, Merle Haggard, David Allen Coe, and Waylon Jennings. The pioneers of outlaw country were tired of polishing their sound to accommodate the ever-stiffening rigidity of the “Nashville sound.” The popularity of country music in the 40s, 50s, and 60s had turned Nashville into big business and so—like the rebellion of Bill Monroe and his Bluegrass Boys in the 1940s—the outlaws seceded.

Outlaw country started out as a movement about creativity, individuality, and reality. For hard drinking, Texas-bred musicians, Nashville wasn’t real life—it was artistically stifling, Broadway-esque showmanship—and you can only pretend for so long. For a group of musicians in the early 1970s, authenticity became more important than acceptance. Outlaw country started in the bars of Austin, Texas, and quickly took hold around the United States.

Willie Nelson played the Nashville game for a while—he even wrote the mega-hit “Crazy” for Patsy Cline—but eventually he broke out. Through the 60s, Willie’s career was going pretty well, but his calling was suffering. So he left Nashville-based RCA Records and moved down to Austin, Texas. In 1973—finally free to pursue intellectually honest, authentic, and unfettered music—Willie signed to a rock ‘n roll record company and recorded Shotgun Willie, thus beginning the legend of Willie Nelson.

Waylon Jennings’s story was almost identical. By the early 70s, he was a Nashville up-and-comer in the middle of a promising, albeit tame, career. Around the same time as Willie, Waylon decided to skip out and move to Austin, grow his hair out, and start playing a new style of country music. And thus began a mini exodus from Nashville to Austin.

The pioneers of outlaw country had a story to tell, and Nashville wasn’t their story. They needed an outlet, and more than an outlet, they needed a new, more authentic structure. As rugged and nonconformist as Willie, Waylon, and the boys were, they couldn’t express themselves alone—the needed guiding principles to make sense of their individuality. And along came outlaw country, a new subgenre of country music with its own rules, sound, and celebrities. Rising out of a need for non-comformity, it quickly became credal.

Outlaw country became this confessional (or credal) narrative—a living story with a tangible structure to sustain and perpetuate it.

There seems to be an engrained, archetypal need to express our innermost self through story. That is how Nashville originally became the capital of country music—the Grand Ole Opry started out in the mid-1920s as a radio broadcast airing rural American music—and it is how Austin became a bastion for Outlaw creativity. But authentic storytelling (whether it be through song, oral tradition, religion, gastronomy, painting, or anything else) is necessarily coupled with structure to cultivate, preserve, and understand it.

People’s stories are like adjectives—inanimate substances influencing the structures around it through expressive, living description. And structures that are produced to understand these stories are the nouns that stories describe: rules, genres, liturgy, and organizations. One describes while the other cements, and both need each other. Without structures, spiritual longings are ghostly and intangible. And without adjectives—if you will—the structures we make up are more akin to Chernobyl than Austin, Texas.

Willie and Waylon cultivated the noun that is “Outlaw Country” to make sense of the complicated adjectives, or stories, that Nashville was no longer telling.

And there is a balance here. Too rigid a structure can stifle our spirit while too loose a structure makes our stories too ambiguous.

Country music aside, this is why the Church goes through revivals, reformations, and restructuring. The story that Christians have to tell is powerful, and there is been a need to structure that story that is so powerful God founded and commanded it. The Church is Christianity’s noun. It is present in time and always changing. On a small scale, parallels between the Protestant Reformation and the rise of outlaw country are striking. A small faction branched off from a big, (seemingly) inauthentic structure to form a structure truer to their roots. The structure formed in either case was not a dismissal of the stories of the previous structures, but a return to them. In many cases, Nashville and outlaw county had the same heroes—Hank Williams, Roy Acuff, Jimmie Rodgers, and the like—just as Protestants had the same heroes, namely Jesus.

But the structures continuously need to be rebuilt or repaired if they are to stay honest to the stories that originally bound them together. The Church’s story—the gospel and orthodox theology—needs to be the glue that holds the Church together, not popular opinion, success, or ritual. And just as outlaw country has morphed over the past few decades into several different nouns (Americana, alt. country, Texas country), the Church also reorganizes and adjusts to stay true to the original gospel story. It is a process that will never end, as long as there is a story to tell and people captivated by that story. 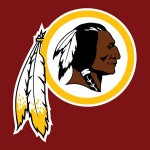 October 28, 2013
The Washington Redskins and the Potential for a Better Identity
Next Post 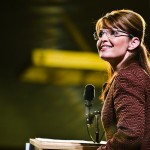 October 29, 2013 Why We Confuse The Onion for the News
Recent Comments
0 | Leave a Comment
Browse Our Archives
get the latest from
Evangelical
Sign up for our newsletter
POPULAR AT PATHEOS Evangelical
1