I don’t tend to read essays over and over again as I would with the relish of a short story, but C.S. Lewis’s essay “The Weight Of Glory” is an exception. To me it is an extraordinary piece that taps into the very heart of our souls as human beings, the desire to belong and be known. When I first read it, I was astonished by the bold assertion that we as Christians don’t desire enough. Growing up in the church, I had always been taught to resist desires that were presumed to be evil and to suppress deep longings in the heart, because those things were most likely temptations that would lead me astray from the straight and skinny. So I was astonished when Lewis asserts,

Indeed, if we consider the unblushing promises of reward and the staggering nature of the rewards promised in the Gospels, it would seem that Our Lord finds our desires not too strong, but too weak.

As I began to investigate this concept more deeply, I realized that in fact despite my churches’ many good teachings, they were deeply embedded in a quiet Gnosticism that despised, ignored, or rejected anything that didn’t fall in line with a particular brand of Christianity. My desires and longings were shallow and frivolous, and if I wanted to belong with God, I needed to relinquish them.

As I grew in my experience and knowledge of God, I began to grasp that, as Philip Edgcumbe Hughes writes in The True Image, “There is no more reason to feel embarrassment over the absolute designation of our Lord Jesus Christ as the Glory than there is over his absolute designation as the Word, the Way, the Truth, the Life, or the Light…” Meditating on this truth unabashedly turned my attention to the glorious, splendorous – beautiful – part of God’s image that is often so lacking in Christian practice and worship. Doing so is not just trying to grasp the Glory in an abstract Gnostic way but experiencing that beauty in the world, in the tangible everyday activities and duties of life. Although, as Lewis points out, desires and longings are “not the thing itself; they are only a scent of a flower we have not found, the echo of a tune we have not heard, news from a country we have never yet visited,” desires are not meant to be banished. They point to greater realities in Christ. Our desires indicate the deep ways we long to be acknowledged and known by God.

Apparently, then, our lifelong nostalgia, our longing to be reunited with something in the universe from which we now feel cut off, to be on the inside of some door which we have always seen from the outside, is no mere neurotic fancy, but the truest index of our real situation. And to be at last summoned inside would be both glory and honour beyond all our merits and also the healing of that old ache.

The best part is the knowledge that we will be taken up into glory with Christ and that even now we image Christ, the Glory. If we only knew exactly what that meant and looked like, we would live extraordinary lives.  As Lewis writes,

There are no ordinary people. You have never talked to a mere mortal… It is immortals whom we joke with, work with, marry, snub and exploit – immortal horrors or everlasting splendours.

It astonishes me that it is in this very Glory that my desires won’t be replaced, but met. Deep longings won’t be shamed, but satisfied. 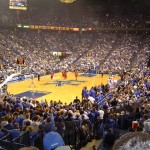 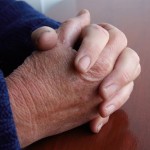