I’ve long appreciated the Muppets—those on Sesame Street as well as in the films and on the quintessential The Muppet Show—for their appeal to both children and adults. The quality of children’s entertainment programs often reveals the creators’ understanding of children; some shows are “dumbed down” with the unspoken belief that children are stupid simply by virtue of being children, and the resulting products rarely appeal to adults. Other shows regard children’s entertainment as a space for artistic and intellectual rigor, striking a rare balance between what’s appropriate for children and enjoyable for adults as well. I think the Muppets fall collectively into this latter category, and both my husband and I agree that The Muppet Christmas Carol is one of the best holiday movies. Direct quotes from Dickens and all that Muppet mayhem infused together: all audiences win.

In spite of my longstanding enjoyment of the Muppets, I knew little about the person of Jim Henson or the craft of puppetry that he revolutionized throughout his career. I learned more about both in my recent reading of Brian Jay Jones Jim Henson: The Biography. I understand any life-writing as a reconstruction, with omissions and revisions a part of the writing process that comes from trying to craft a life into a cohesive narrative. I came away from this biography with the overarching theme of Jim Henson’s compromises: to use puppetry as a means of breaking into television production, to balance his avant-garde approach with mainstream audience expectations, to push a relentless pace in his career and still nurture relationships with his five children, to love his wife without remaining faithful to her, to market himself as an adult entertainer when his most popular work was for children. Example after example in the book illustrates compromise after compromise.

I think I felt, initially, a bit disappointed that this paragon of family entertainment seemed to spend so little time with his family; that’s a tension the biography seeks to reconcile too—by balancing descriptions of a manic work schedule with editorialized commentary about Henson’s love for and involvement with his family. It’s hard, as readers, to reconcile the two. As biographer Brian Jay Jones notes, “The truth was, Jim loved the idea of family,” (353) implying that the reality was somewhat harder to manage. I wonder to what extent Henson’s compromises broadly speaking—his ideals versus his realities—reflect what so many parents face on a daily basis. My original disappointment gave way to the realization that Henson’s struggles are all of our struggles, though writ large because of his celebrity and the public nature of his work. How many of us wrestle with the differences between our ideas of marriage and family and children and the daily realties?

In many ways, I imagine Henson is more aware of his own compromises than most of us are of ours. His vision and focus seemed to leave him in little doubt of the mission and legacy he longed to secure. I cannot always say the same for myself, and in the ceaseless media depictions of “work/life balance” it can often feel unclear to me just what I’m working and living for. It’s easy to slip into the mindset that so much of daily life is essentially meaningless—“a chasing after the wind.” It is and it isn’t. What if it’s more about the heart of the worker than the work done? What if it matters less what we do than why we do it, not what we tell ourselves as the reason, but the real heart-reason? Jim Henson’s biography reminded me that there is no life story—with or without marriage and parenting—that is free of compromise. And it also prompted me to remember that my life story should be lived unto the Lord: without compromise. 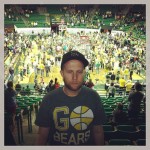 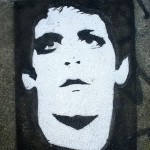 November 14, 2013 Lou Reed and the Iconography of Rock and Roll
Recent Comments
0 | Leave a Comment
Browse Our Archives
get the latest from
Evangelical
Sign up for our newsletter
POPULAR AT PATHEOS Evangelical
1