This year, I’m a little more obsessed than usual with the Dickens story A Christmas Carol; I started rereading it again this weekend after taking my elder daughter to a performance of the story by The Puppet People. It’s always given me chills when Scrooge inquires about the prisons and the workhouses. After learning that “many would rather die” than go there, he spits, “If they would rather die . . . they had better do it, and decrease the surplus population.” I knew little about the workhouse system before reading Jennifer Worth’s Call the Midwife: Shadows of the Workhouse, where she describes a system that exchanges humanity for efficiency, housing inmates by sex and age (and thus splitting up family units) to labor for their keep in a social welfare scheme gone badly awry.

Based on Worth’s chilling accounts of the workhouse, I understand better the position of preferring death to institutionalization that too often lead to untimely death anyway—under grueling conditions and alienated from loved ones. Worth describes a system that housed ablebodied workers alongside more vulnerable populations like children, the elderly, and those with chronic disabilities, diseases, and mental illnesses; these diverse groups were administered by a staff untrained to deal with many of their conditions and given nearly-absolute authority to discipline and maintain order on a daily basis. Food was scarce, heating was weak, hygiene was poor, discipline was harshly physical, and outside work was limited. As Worth explains,

“The tragedy was that in a mixed work-house with one administration, one central building, and one staff, the rules, regulations, and punishments applied universally, with the result that old people, the sick, the crippled, the mentally disabled, and children, suffered dreadfully. The atmosphere inside a workhouse was not only stifling to the human soul, but destroyed the last shreds of human dignity.”

Such were the conditions Dickens’ solicitors were working against.

My thoughts turned from the institutions of workhouses to the institutions of schooling in twenty-first century America when I read about Georgia Congressman Jack Kingston’s proposal to have students who qualify for free/reduced lunches clean the school to learn the value of hard work. Not only would this practice shame impoverished students and punish them for the socioeconomic status of their parents, it would also distract them from the work of school—presumably education. In “When Class Became More Important to a Child’s Education than Race,” Sarah Garland describes the “class gap” that influences a child’s education experience and potential for social mobility. Requiring kids to work for their school lunches perpetuates the cyclical poverty that entraps so many families in our country, where the affluent work for material and intellectual rewards (in this instance, the kids’ schoolwork) and the poor work for basic survival: a lunch that may not be replicated during weekends or school breaks, when children in poverty fall even further behind academically. A Feeding America resource explains “Food insecure children learn at a slower rate than their peers, and that fact coupled with their initial delay leaves them further and further behind as they progress through the educational system.”

In 2013, 70.4% of lunches served in schools were part of the free or reduced meals program, and this number has climbed every year since 1985. Programs like Feeding America even fill in the gap over weekends by providing backpacks filled with food for children to bring home on Friday afternoon. As the program website asks, “How can a child focus on solving a math problem or memorizing a new word when she or he is trying to ignore the persistent pangs of hunger?” How too can our society expect students to rise out of poverty when their day focuses on cleaning the school that is supposed to support their intellectual development? It’s not a matter of industry, but of where that industry is directed—toward “earning” a meal that more affluent students get as a birthright or toward an education that values their human dignity beyond their parents’ socioeconomic status. The workhouses may have vanished in England, but the poor will be with us always, and whether we treat children in poverty as inmates or as brothers and sisters speaks volumes about the Gospel we preach and practice. 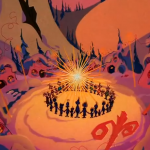 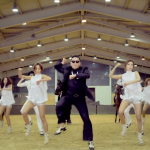 December 26, 2013 Dances with Horses: One Year After Gangnam Style, a Former Resident of Gangnam Reflects
Recent Comments
0 | Leave a Comment
Browse Our Archives
get the latest from
Evangelical
Sign up for our newsletter
POPULAR AT PATHEOS Evangelical
1

Physician, Heal Thyself
I have an immense treat for you this morning. I happen to have...
view all Evangelical blogs
What Are Your Thoughts?leave a comment
Copyright 2008-2021, Patheos. All rights reserved.
error: Content is protected !!