The Kiddy Pool: Katniss Everdeen and the Greatest Love

I didn’t see the first Hunger Games movie in the theatre. At the time, I was seven months pregnant with my second daughter, and I had a funny feeling that hormonal fluctuations and dying children would make for an anxiety-inducing film experience. It’s easy enough, without the pregnancy-related crazy, for viewers to interpret the sacrifice Collins’ characters make in light of our own loves and losses. It’s her sacrifice for Prim, and later for Rue, that makes us love Katniss in the story’s first installment. In many ways, I think the series is compelling precisely because it calls upon audiences to consider what kinds of sacrifices, for whom, and for what causes, we’re willing to make.

That premise holds true of Catching Fire as well, and after seeing the movie with my husband this weekend, we’ve been talking about the layers of sacrifices involved in the story. There are characters willing to die for a cause—the revolution, revenge against the Capitol, the glory of the Hunger Games—and those willing to die for an individual. These are sacrifices with different motives and purposes. Katniss, for one, complicates the plot because she values Peeta’s life more than her own, but she remains largely ignorant of any bigger plan for rebellion. And, of course, in Collins’ twist of fate, it is Katniss’s failure to recognize the big picture that causes her to lose sight of her personal mission, and of Peeta.

Yet it’s the advice “Remember who the real enemy is” that prompts Katniss to loose her arrow not against a fellow tribute but against the arena—representing the systemic tyranny of the Capitol. Leading up to that moment, Katniss witnessed her sister’s bravery in the face of certain governmental vengeance just for being related to the Girl on Fire. She saw the tributes uneasily partner, holding hands and railing against the injustice of the Quarter Quell. She thanked Cinna for the most beautiful gown right before he is beaten for that transgressive creation. She allied with Finnick, observing his love for Mags (who willingly dies to unburden her team) and his unlikely lover Annie. She begrudgingly worked with Johanna who, also begrudgingly, salvaged Beetee and Wiress. Each of these cases illustrate layer upon layer of sacrifice, and it’s often the love for an individual that propels a character to make compromises for a cause.

There are individuals, like Plutarch Heavensbee and ultimately Gale, who operate in mastermind-mode and disregard the personal casualties of uprising for the sake of the cause itself. Yet those characters often read as monstrous precisely because of their failure to value individual intimacy over collective gain. For many in the revolution, the purpose of remembering the real enemy is to protect the people and ideals that are worth living or dying for; Cinna’s act is a defiant gesture, sure to be punished, but many characters play calculated odds—like Finnick, who is willing to die but eager to return to Annie.

Katniss operates, unknowingly, at the center of this web of intrigue, serving as the symbol of the rebellion but determined to save Peeta. Her desired sacrifice is personal, but she and everyone else caught up in the plot must continue to make sacrifices for the collective simply to survive. It’s that tension between the good of the one and the good of the many, the salvation of an individual or of a nation, that ignites the story of Catching Fire. And it’s the multi-faceted sacrifices—some with innocent and some ulterior motives—that asks audiences to reflect on the greatest love of laying down one’s life for a friend. 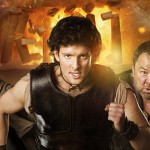 December 5, 2013
‘Atlantis’ Is a Lost City (and a Lost Opportunity)
Next Post 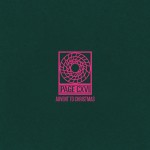 December 10, 2013 Page CXVI's Christmas Album Helped Me Channel the Spirit of Advent
Recent Comments
0 | Leave a Comment
Browse Our Archives
get the latest from
Evangelical
Sign up for our newsletter
POPULAR AT PATHEOS Evangelical
1