We have evaluated the evidence and heard testimony from leading experts. Satellite imagery reveals no evidence of a toy-making operation in the Arctic North. Surveillance equipment in homes throughout the Western hemisphere captured no evidence of generous bearded trespassers. Forensic analysis of Christmas tree sites has found DNA and fingerprints corresponding only to people who live there. A few rogue Santaologists insist he is among us, but all reported sightings have been explained as parental hoaxes.

There is no room for argument: Santa Claus does not exist. That doesn’t mean I don’t believe in him.

For many Evangelicals, Santa is a lie—a benign and traditional lie, but a lie all the same. First parents systematically deceive their children, then they make Santa look like a merry interloper who is now stealing the show from the birth of Jesus. These are the principal themes of Matt Walsh’s recent post, and given his popularity, his view is one I take as representative of a broad sector of American Evangelicalism.

Santa-phobia is a result of the atrophy of the Evangelical imagination. We take too literally Wittgenstein’s premise that “the world is the totality of facts.” Walsh says that Santa is not just a story because stories have beginnings and ends and we do not use them to describe the world as it is. He uses Mickey Mouse as an example. But isn’t this curious? Never mind that the Disney universe does run in perpetuity. Children need no special warning that Mickey is not like the mice that hide in our walls. They have no trouble holding before their minds a universe with anthropomorphic talking animals and their own universe in which mice are so inferior they can be cruelly trapped with nary a protest.

Walsh also says that if children “ask us about the geographical location of Neverland, we’ll tell them Neverland is just imaginary.” I wouldn’t. I would tell them it was several days by flying and you would have to look to the stars to direct you. (And that they should not trust Peter’s directions for he is a flaky sort.) If they pressed it—and, well, they might if they wanted to know a “geographical location”—I would say they were missing the point. If they really must know whether the Neverland can be found on a globe, their unhappy fate is to find it’s not there. They think they have gained some stature in knowledge; I say they have lost a world, and many more besides.

Our far too “adult” way of looking around is why Santa seems too pernicious. An essential feature of the Santa story is that the mysterious man does not stay in his own world. Since we are mostly incapable of reveling in fantasy—in story and in myth—we try clumsily to bring Santa into our world. We tell our children that Santa runs a business in a remote part of the world and once a year his distribution node delivers toys to good kids. It’s all so bloodless. Walsh is right—but not because Santa is an unwitting part of the secular agenda, but because we’re doing it wrong.

As late as a generation ago, I think Americans understood how this works. The classic Christmas film Miracle on 34th Street‘s cultural commentary is even more applicable to us. In the movie, our modern systematic mind collides with an impossibility that is not yet presenting to ourselves. And the clash is brought forcefully to bear as Mr. Kringle faces that driest of fact finders, a courtroom. (DUN DUN) The movie leaves just enough uncertainty throughout that viewers cannot quite conclude that Kringle is insane. The worst sort of viewer is the one who says he should go free because he is otherwise pleasant. The man is clearly Santa, people!

Information—data—is lowest in the hierarchy of higher faculties, then knowledge, then wisdom, then imagination. We moderns are addicted to information and we lionize knowledge. Christians and other traditional religionists place a great premium on wisdom. But Evangelicals at least resist imagination. The same impulses lead us to poo-poo Halloween and scary stories. The High Reformed places such emphasis on propositional truth—beautiful in its own right!—that they have little time for unbound storytelling. Fundamentalists, in my experience, tend to be so narrowly biblical that anything not explicitly mentioned or sanctioned in the Scriptures is off-limits. (Elves using magic to guard Lothlórien just sounds pagan.)

This is cause for grieving. Imagination is the height of the power of the imago dei: It is the engine of Creation itself. The decay of this virtue limits our humanness. God relates to us through our “lesser” faculties each in their time: we perceive, reflect, emote, and reason. Without the highest, though, we lose the inscrutable, the impossible but true. How will we meet the Incarnation when we demand to know where the Neverland is on a map? What child can hear Jesus say that He is Elijah come again when the child is taught there are only two kinds of proposition, true and false? The imagination is the highest faculty and, like other faculties, it does not spring fully formed. It must be exercised, practiced, applied.

At Christmastime, our dim imaginative faculty costs us a wealth of “typic” truth. Many of the tales of Santa Claus make him a type of Christ. As the expectation of Advent builds, and we brighten the dark hollows of pine with tiny lights, Father Christmas descends upon our world bearing gifts. A child can understand that story and leave for another day the ontological inquiries and logistical difficulties. And like all good types, the lesser serves the greater, just as when Father Christmas departs from the children in The Lion, the Witch and the Wardrobe, he cries, “A Merry Christmas! Long live the true King!” Narnia is not our world, true, but we can learn from it. As Gene Autry put it in one of the most ubiquitous Christmas tunes, “Santa Claus knows that we’re all God’s children / that makes everything right.”

Matt Walsh’s discomfort with our bizarro factual Santa is entirely understandable, and he rightly says that Jesus presents far more magic and intrigue than Santa ever could. Santa Claus does not wield his heft to crowd out the Lord Jesus Christ, born of a virgin under the foretold star. No, friends, we push God the Son away without any help from jolly old St. Nicholas. We do it with presents and trees and pies and family. There are surely wrong ways to bring Santa to Christmas, and flattening myths into bland rationalism is the worst. But let’s stop blaming Santa for our own failures. He isn’t even real, remember? 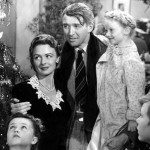 December 16, 2013
Christmas Can Make It Hard to Remember That 'It's a Wonderful Life'
Next Post 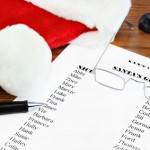 December 17, 2013 The Undeniable Childhood Appeal of Father Christmas
Recent Comments
0 | Leave a Comment
Browse Our Archives
get the latest from
Evangelical
Sign up for our newsletter
POPULAR AT PATHEOS Evangelical
1