5. Gone Home: “To be Fearful, Alone, and Disenfranchised” #CaPC25

For a long time, games have had the potential to make us better people. They’ve carried the promise of instilling empathy in the player. They’ve offerred the means for creators to instill positive values in those who consume their work. But for a long time, those things weren’t realities.

This year, we saw the release of several games that finally met the potential that so many of us were convinced the medium possessed. For me, Gone Home was the most cohesive, profound, and challenging of those experiences.

Gone Home offers simple first-person controls: the player can walk around a house, open doors and shelves, pick up objects, and examine them. The player takes on the role of Kaitlin Greenbriar, a young woman returning home after a trip abroad only to find her family’s house completely vacant. The game’s objective is simple: find out what happened. Along the way, the player learns the story of her sister’s ongoing adolescent and human struggle, as well as her parents own struggles. It’s a story that is told with a truthful, measured tone that leaves the player to struggle with the hard realities of alienation, and the double-edged sword that is finding one’s self.

The concept of “play” has always involved imagination. Play has always been an activity that involved pretending to be or do something out of the ordinary. As kids, we wanted to see what it felt like to be cowboys or indians, cops or robbers. As adults, we pretend to be star athletes, soldiers, and millionaires. But now, with games like Gone Home, we’re discovering what it’s like to be fearful, alone, and disenfranchised.

The inevitable push-back has always been that these sort of games aren’t “fun.” This is a valid concern. Because games require active, willful participation, the player is better off with positive reinforcement to keep playing. Gone Home convinces the player that investment in people, even if those people are fictional, is its own reward. It not only creates an opportunity for empathy, it causes the player to crave the opportunity, to endure it as a joyful burden.

Gone Home goes beyond voyeurism and offers the player an opportunity for personal investment. It’s not a mere curiosity that drives our rummaging and investigation; it’s concern. For Christians, that’s more than a mere lesson. It’s practice. 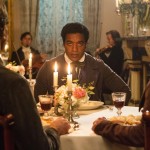 January 3, 2014 4. Before Midnight: "What Happens After" #CaPC25
Recent Comments
0 | Leave a Comment
"Radford made a connection between Ender and Hitler.Another possible connection: Could Card have been referring ..."
Raymond Z ‘Ender’s Game,’ Genocide, and Moral Culpability
"Faith is the confidence that what we hope for will actually happen; it gives us ..."
Smiley M.M. Music Matters: David Bowie, Still Not ..."
""that many of us do not accept that a few cells of human DNA constitute ..."
myintx How I Changed My Mind About ..."
"No thought given to the unborn child whose life was 'silenced and oppressed'... sad."
myintx How I Changed My Mind About ..."
Browse Our Archives
get the latest from
Evangelical
Sign up for our newsletter
POPULAR AT PATHEOS Evangelical
1