New Year’s Resolutions as an “Expectation of Faith”

If I had to take a guess, New Year’s would not have been the Teacher’s favorite holiday:

All streams run to the sea, but the sea is not full;
to the place where the streams flow, there they flow again.
All things are full of weariness; a man cannot utter it;
the eye is not satisfied with seeing, nor the ear filled with hearing.
What has been is what will be, and what has been done is what will be done,
and there is nothing new under the sun.
Is there a thing of which it is said, “See, this is new”?
It has been already in the ages before us.
There is no remembrance of former things, nor will there be any remembrance
of later things yet to be among those who come after.
–Ecclesiastes 1:7-11

Everything comes around just as it has before. Nothing is new and nothing really changes. Rivers continue in their Sisyphean attempt to fill up the sea; similarly, we work and toil but nothing ever gets done. There is “nothing new under the sun,” and if you are ever surprised, it is because you are young, blind, or a fool.

I’ll be honest, I get the same feeling whenever I reflect on New Year’s resolutions. People concoct them every year but it seems that “there is no remembrance of former things.” We fail to recall last year’s resolutions, largely the same ones, that have been left by the wayside, usually long before the red shadow of Valentine’s Day ever hits. Ironically enough, even pessimism about New Year’s resolutions is not new.

Yet for some reason we still make them every year. We get up, dust the cookie crumbs off our sweaters, and resolve to eat healthier. We dust off our Bibles and promise ourselves we’ll make it past Leviticus. We start looking at our schedule and determine that this year our time will not be wasted in front of the screen again.

Why? When we’ve fallen off the wagon so many times there’s a familiar bump in the road with our name on it, why is it that we continue to clamber back on again? Whence comes this deep compulsion to imagine that the future is a future, and not merely a repetition of the past?

It strikes me as particularly fitting that here in the West we mark the New Year so quickly after we celebrate the birth of Christ. The Bible says history has a movement to it. Unlike certain Eastern religions or ancient philosophies which held to cyclical views of the cosmos, the Hebrews thought time had an origin. It began the moment God sovereignly spoke it into being. One moment there was nothing — not even that moment — and then, in some ineffable way, there was the first “then.”

What’s more, it not only has an origin but a telos (purpose), i.e., it is going somewhere: the Kingdom of God. God calls Abraham and gives him promises for the future. YHWH, Lord of hosts, defeats Pharaoh’s armies and leads them out of Egypt by Moses’ hand. With a pillar of cloud and fire, he marches them into the Promised Land, driving their enemies before them. These are concrete, historical events that initiate new stages in redemptive history. New theo-political realities emerge that differ from what came before and shape what follows.

Even Israel’s yearly patterned festivals celebrate YHWH’s mighty, definitive acts. The seasons are steady, it is true; Sabbath is a created ordinance that anchors the universe’s steady rhythm and marks God’s creative act and sustaining power.

At Christmas, we celebrate the great act, when in the fullness of time, God’s kingdom, God’s rule, God’s new reality came crashing in, opening up the horizons of the real in the person of a newborn child. Breaking into the middle of established, unquestioned political realities and defying biological givens, in the birth of the Savior YHWH fulfills His promise:

“Behold, I am doing a new thing; now it springs forth, do you not perceive it? I will make a way in the wilderness and rivers in the desert.” (Isa 43:19)

In other words, God is Lord of history — He initiated it and will consummate it according to His good promises. If He authors the beginning and has disclosed the end, can we doubt then that He rules over what transpires between the two?

On one New Year’s Day morning discourse, Søren Kierkegaard made his subject “The Expectation of Faith.” And it fits, doesn’t it? Despite my deepest pessimistic instincts, in a world where Christ was born, lived, died, and rose again to new life, things can be different. I can look to God and expect Him to act, to answer, and to redeem, save, and transform my current reality.

Yes, 2013 happened. Its failures are real. Your failures are real. But so is the reality of a God Who reigns over history and Who gives us hope and anticipation for the future. While biological, historical, political, and social regularities exist — these are not mere figments of our imaginations — history is not so frozen in the death grip of sameness as world-worn cynics would have us believe.

Where, then, does this leave us? Must we all rush out to write down our New Year’s resolutions? Carefully listed out, framed, and posted on the wall with fitting scriptural citations? Not necessarily. But if nothing else, then perhaps it might leave us a little less cynical and jaded about those who do. And who knows? It might even encourage some of us to have a little more faith and expect that the God who can disrupt and reorder the course of human history through the advent of a newborn can also work a change in our own lives. 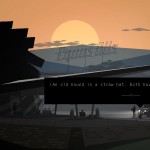 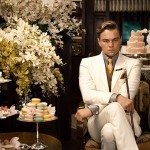 January 1, 2014 15. The Great Gatsby: "An Absurdity That Speaks a Twinge of Truth" #CaPC25
Recent Comments
0 | Leave a Comment
"Radford made a connection between Ender and Hitler.Another possible connection: Could Card have been referring ..."
Raymond Z ‘Ender’s Game,’ Genocide, and Moral Culpability
"Faith is the confidence that what we hope for will actually happen; it gives us ..."
Smiley M.M. Music Matters: David Bowie, Still Not ..."
""that many of us do not accept that a few cells of human DNA constitute ..."
myintx How I Changed My Mind About ..."
"No thought given to the unborn child whose life was 'silenced and oppressed'... sad."
myintx How I Changed My Mind About ..."
Browse Our Archives
Related posts from Christ and Pop Culture