Persecution Continues: Political Reform in Myanmar May Not Be The Progress We Think It Is

When Myanmar president Thein Sein made a state visit to London last July, the British foreign secretary congratulated him on Myanmar’s slew of recent reforms: direct government censorship of the media had been abolished the year before; the newly free Aung San Suu Kyi had been permitted to win a seat in parliament; and since becoming president in 2011, Thein Sein had released 1,300 political prisoners.

Along with cautious praise, the British government presented Thein Sein with millions toward Myanmar’s continued development and expressed wishes that the reforms would also continue — and Thein Sein did not disappoint.

Before leaving London, he promised to release all of Myanmar’s political prisoners before the end of 2013, and on Dec. 30 — with one day to spare — Thein Sein appeared on state television to officially grant amnesty to some 40 people, the last of the 2,000 people who had been detained by the military.

The first five prisoners were released on Dec. 31, and though the international community has largely been silent on the matter, it is likely the move will be hailed as yet another step forward for a country that has been steeped in human rights scandal for more than half a century.

But not everyone sees the move as progress.

“Even though the country of Burma is changing outwardly, inside there’s not much change — especially not for the ethnic people,” says Kennedy Lalram Lian, a Myanmar refugee who has resettled in Indianapolis. “For us, there is still some racial discrimination, especially for the Chin since we are not only the ethnic [minority], but we are also the Christians.”

As one of Myanmar’s eight major ethnic groups, the Chin people make up less than one percent of the country’s population, and they have identified as Christian since American Baptist missionaries came to Chin State in the 19th century.

The “ministry” Salai refers to is the state-sponsored policy of “Burmanization”: an attempt to create a monolithic culture based on the Burmans — the Buddhist, majority ethnic group, that has largely held the reigns in Myanmar. The nation’s independence leader (and Aung San Suu Kyi’s father) Aung San was Burman. The first prime minister of Myanmar, U Nu, was Burman. The military junta that staged the first coup in 1962 was Burman. Thein Sein and his military-backed Union Solidarity and Development Party are Burman.

While all ethnic minorities are subject to intimidation in Myanmar, the Chin, as both ethnic an religious minorities, face a special level of persecution, perhaps only matched by that of the Muslim Rohingya. In 2012, the Chin Human Rights Organization published what is widely considered the most comprehensive view of government attempts to intimidate and forcibly convert the Christian Chin.

According to the report, as Aung San Suu Kyi was leaving house arrest, a self-described Chin evangelist was tortured and his wife raped by soldiers after he refused to stop preaching. As Thein Sein was releasing political prisoners, his Ministry of Religious Affairs was building Na Ta La schools in Chin State — free schools ostensibly for vocational training but that force poor students to convert to Buddhism in order to attend. As the Myanmar government ended direct media censorship, government soldiers were tearing down crosses the Chin had built on mountaintops and building pagodas in their place.

Kennedy Lian said when he lived in Myanmar, groups exceeding five people were not allowed to meet, effectively prohibiting Christian worship services, which usually included 50 to 100 congregants. Salai said soldiers often come into Chin villages on Sundays, when everything closes and no one works in observance of the Sabbath, and demand that Chin people carry their rations.

The persecution of the Chin has not gone completely unnoticed in the international community. Several weeks before Thein Sein’s televised pardon, the International Federation for Human Rights and 40 other groups signed an open letter to President Barack Obama, decrying the fact that while political prisoners were being released en masse, ethnic minorities in Myanmar continue to be arrested at “alarming rates.” The letter goes on to state that “being an ethnic minority” is not a criminal act.

Both Lian and Salai believe Myanmar’s political reforms are a sham at best and — at worst — a cover for continued religious and ethnic persecution. They laughed at the idea that a military junta that has been in power for more than half a century has any true plans for reform, politically or otherwise.

But they have not given up hope; they believe a more informed international community could provide the needed pressure to affect real change for the Chin.

“The world should know more in detail about what is changing and what is not yet changed inside Burma,” Lian said. “To build a peaceful nation in Burma, it’s not just democracy. We need to have equal rights.”

Salai also believes there is a lasting connection between the Chin and the American Church that could make sure the Chin plight is not ignored.

“The Chin became Christian because of the American people. Because of Christianity … they needed to teach them God’s love and about Christianity,” Salai said. “They sent missionaries 100 years ago, and they helped us. They helped us with our literature, with everything. And now they see we are still suffering.” 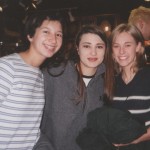 January 10, 2014
Jennifer Knapp and the Long Road Back
Next Post 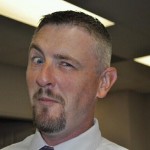 January 10, 2014 Ask Uncle Brad: Why You Should Definitely "Ask Uncle Brad"
Recent Comments
0 | Leave a Comment
"Radford made a connection between Ender and Hitler.Another possible connection: Could Card have been referring ..."
Raymond Z ‘Ender’s Game,’ Genocide, and Moral Culpability
"Faith is the confidence that what we hope for will actually happen; it gives us ..."
Smiley M.M. Music Matters: David Bowie, Still Not ..."
""that many of us do not accept that a few cells of human DNA constitute ..."
myintx How I Changed My Mind About ..."
"No thought given to the unborn child whose life was 'silenced and oppressed'... sad."
myintx How I Changed My Mind About ..."
Browse Our Archives
Related posts from Christ and Pop Culture