ABCFamily’s “The Fosters” and the Power of Adoption

Late last fall, I found myself furtively googling “foster children Indiana.”  I say “furtively” because fostering children was something my husband and I had never discussed, and something I was barely able to imagine for myself.  But I had a sudden yearning to see the faces of the children who needed foster homes, to know their names and ages, to allow my worldview to be colored by the reality of the tragedies both big and small that had left those precious ones unmoored and in need of family.

I had known for as long as I could remember that God loves widows and orphans; he welcomes strangers and aliens into the family; and he even took on flesh as an adopted son himself. But (and this is perhaps to my shame, and perhaps just a testament to the power of storytelling) what set off my sudden interest in foster children was not a rereading of Isaiah’s prophecies or the book of James. It was the storytelling in ABC Family’s “The Fosters.”

Produced by Jennifer Lopez, the hour-long drama debuted in June last year and won the Teen Choice award for Breakout Show of 2013. In the pilot episode, we meet moms Stef Foster and Lena Adams (Teri Polo and Sherri Saum), an interracial lesbian couple raising Stef’s biological son Brandon (David Lambert). The family also includes 15-year-old twins Jesus and Mariana (Jake Austin and Cierra Ramirez), who were fostered as young children and eventually adopted. When the family takes in Callie (Maia Mitchell), a troubled teen fresh out of juvie, they get more than they bargained for — and we viewers get a protagonist worth rooting for.

As soon as Callie is released from juvenile hall, she sets out to rescue her brother Jude (Hayden Byerly) from the abusive foster home where he’s been living.  (Callie had been in juvie as a result of taking a baseball bat to the car of the abusive foster father.)  Brandon follows Callie to Jude’s foster family’s house, where they get embroiled in a fight with the foster father. He pulls a gun, but both kids are saved by Stef and Lena, who’ve tracked them down.

Stef and Lena can’t bear to send Callie or Jude back into the foster system, so they make the complicated decision to take in both of them, turning their family of five into a family of seven. Over the next twenty-five or so episodes (the show is currently airing its second season, and has a web spin-off online now), they work through the kinds of conflicts you might expect in a blended family with four teenagers — everything from ADHD to after-school sports, birth moms and quinceanera balls.  To the writers’ and producers’ credit, though, they handle the melodrama of a television show focused on teens with a light, almost realistic touch, creating complex characters and allowing Callie’s inner turmoil to form the dramatic center of the show.

Well-told stories like “The Fosters” have the potential to awaken our empathy for others, and they help us imagine possible worlds we haven’t encountered yet.  Our ability to enter into new scenarios empathetically has the power to change the way we view reality. It was because of “The Fosters” that I could imagine myself as a foster mom for the first time.

That truth — that fiction changes non-fiction, that stories change the world — is part of why conservatives are concerned about the depiction in “The Fosters” of a normal, loving family led by two women.  And it’s certainly true that this story might help change society’s perspective on gay marriage.  But it might also change society’s perspectives in other  — even more important — ways.

See, regardless of whether you believe that normalizing gay marriage through storytelling is good, the larger story in “The Fosters” desperately needs to be told.  Caring for foster children and orphans, those on the margins of society, those it’s more convenient to forget, is kingdom work — but it’s kingdom work we often neglect, without stories like these.

Kelley Nikondeha, co-founder of Amahoro Africa and both an adoptive mother and adopted child, has a book forthcoming about the practical theology of adopted living. In talking with her, I’ve begun to realize that adoption isn’t just a “good work” Christians do for children who need a family.  Instead, I’m beginning to see that adoption is woven throughout the biblical narrative: it’s no coincidence that Lot, Moses, Esther, and even Jesus himself are in the company of the adopted, growing up in “non-traditional” families!

In a world where belonging so often depends on bloodlines, race, ethnicity, nationality, or economics — in a world where the idea of adoption is completely foreign to many (in fact, in Islam it’s technically forbidden) — God uses adoption to demonstrate the radical inclusivity of his kingdom.  Adoption shows us “the kind of neighbor-love Jesus commanded, where everyone is welcome and finds a seat at the table,” Nikondeha says. “And those who are among the company of the adopted possess an amazing capacity to create authentic connection and inclusive community, reaching beyond boundaries of nationality, ethnicity and race to repair the fabric of our churches and communities.”

Becoming involved in foster care and adoption isn’t just something we do for the good of the children; it can actually open up our understanding of the truth of the gospel in profound ways. Adoption teaches us about “relinquishment and redemption, about being chosen and cherished by God; it forms in us the disciplines of hospitality,  gratitude and even acceptance of mystery,” Nikondeha says.

Caring for the needs of those who are on the margins — those who live without family or community — opens us up to the life-giving truths of the gospel of Christ, allowing us to see what true restoration and wholeness look like, what it’s like to be chosen by God and redeemed through God’s lavish love.

While Christians like Nikondeha and others are working to tell and live those gospel stories, I’m thankful too for the common grace of “The Fosters,” reminding me to watch out for the children who might be slipping through the cracks — reminding me that love has power to mend a broken world. 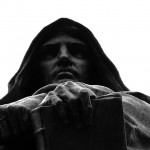 February 17, 2014
On the Anniversary of His Execution, What Can We Learn From the "First Martyr of Science"
Next Post

February 18, 2014 Olympic Metaphors and Marriage
Recent Comments
0 | Leave a Comment
"Radford made a connection between Ender and Hitler.Another possible connection: Could Card have been referring ..."
Raymond Z ‘Ender’s Game,’ Genocide, and Moral Culpability
"Faith is the confidence that what we hope for will actually happen; it gives us ..."
Smiley M.M. Music Matters: David Bowie, Still Not ..."
""that many of us do not accept that a few cells of human DNA constitute ..."
myintx How I Changed My Mind About ..."
"No thought given to the unborn child whose life was 'silenced and oppressed'... sad."
myintx How I Changed My Mind About ..."
Browse Our Archives
Related posts from Christ and Pop Culture