During the Olympics, Russian Christians Work for Reform and Revival

The Sochi Games were mired in controversy before they even began.

It wasn’t supposed to be that way. The first Russian Games since the collapse of the Soviet Union, Sochi was supposed to show the world just how far Russia has come in the last 23 years. It was supposed to change the perception of Russia held by those whose international sympathies were forged during the Cold War. Yet, as reports of Russian President Vladimir Putin’s exorbitant spending came to light (at $51 billion, the Sochi Games are the most expensive Games in Olympics history), so too did reports of large-scale corruption.

According to documents published by the Russian opposition, companies owned by members of Putin’s inner circle were given preference in development projects. For example, the opposition says Putin’s close friends Boris and Arkady Rotenberg were awarded 21 contracts and nearly 14 percent of total spending for the Games. Last month, Vanity Fair reported that after a visit from the president, the contract for the Games’ ski jump was taken from Akhmed Bilalov, vice president of the Russian Olympic Committee, and given to a financial institution owned by one of Putin’s former colleagues.

Additionally, it is widely believed that companies are stealing hundreds of millions of dollars from Russian taxpayers, who are footing the bill for the Games. International Olympic Committee member Gian Franco Kasper told reporters he believed companies had siphoned off as much as one-third of the budget. The Sochi Ministry of Internal Affairs believes close to $800 million was stolen via kickback schemes during the construction of the Olympic stadium and the hockey rink.

That the Russian oligarchy is riddled with corruption is old hat; in the ‘70s and ‘80s, Christian dissident Alexander Ogorodnikov helped shed light on the corruption in communist Russia through letters and hunger strikes while serving nine years in a Siberian labor camp for refusing to renounce his faith.

But for all that has remained the same, much has changed in Russia—and so, too, have its Christians. Under communism, Russian Orthodox Churches were allowed to hold services, but no one under the age of 18 was allowed to attend, and any expression of faith outside the church walls—like Ogorodniknov’s Christian discussion group—was punished.

When communism fell in 1991, there was a rush of religious fervor in Russia known as bogoiskatelstvo, or “searching for God.” In a phone interview, Wally Kulakoff, vice president of ministries and church relations for Russian Ministries, said, “All of a sudden, the things that were taboo became very interesting to society. To have a Bible, to have a New Testament was very popular. To carry a cross was very popular.” Even non-Christians, he said, kept Bibles on their bookshelves as lucky charms.

Today, the Russian Orthodox Church is mainstream. In fact, it’s the unofficial official church of Russia. Putin often appears in the pews and,  in 2012, Patriarch Kirill famously called Putin’s rule a “miracle of God.” The seemingly cozy relationship between the church and an administration accused of murdering its critics has not gone without criticism of its own, but Father Gregory Joyce, priest at St. Vladimir Orthodox Church in Ann Arbor, Mich., says what people fail to understand is the utter novelty of the Russian situation.

“The thing about Russia that is hard for us to understand from abroad, is that this is a new democracy,” he said by phone. “There’s no rulebook here; there’s no playbook. There’s no way to say, ‘Well, they did it like this before.’ There’s never been a before. History is being made every second.”

Joyce, who also serves the Russian Orthodox Diocese of Chicago and Mid-America as both dean of the Michigan parishes and as secretary, said the Russian Orthodox Church is in the process of determining the appropriate relationship between the church and the state—noting that for many Russians, total separation of church and state is almost synonymous with the horrors of the French and Bolshevik revolutions. He cautions Americans against trying for force Russia into a different paradigm.

“Just like the queen of England is the head of the Church of England, right? And she’s also the head of the government,” Joyce said, “but we don’t have people wringing their hands about that here, the media writing all kinds of exposés about that.” He added that while he thinks the separation of church and state is a good system, in Russia, when the church and the government have common goals—like curbing alcohol abuse or stopping population shrinkage—it seems appropriate for them to compile resources.

Wally Kulakoff agrees that the Russian church is in many ways intrinsically tied up with the Russian state. “People begin to act like the government of the country,” he said. “I don’t care what the American churches say, but however the American government acts, that’s how the churches will begin to act.” Because of this, he also believes it is up to Christians to change society, and thus the government, from the inside out. “Corruption has existed within the government circles; corruption exists within the business sphere,” Kulakoff said. “And now the question is, how do we become relevant in a society that is corrupt? How do we become salt? How do we become light?”

The very fact of Kulakoff’s presence in Russia, along with his evangelical Russian Ministries, is already a sign of change. Evangelicals have been a marginal group throughout Russia’s history, yet Kulakoff is working with about 500 evangelical churches in and around Sochi for a massive evangelization effort during the Olympics. The churches are renting pay-per-view showings of Olympic events and showing them on big screen televisions, open to the public and free of charge. During breaks, volunteers will distribute Bibles and copies of the Gospel of John.

If the Sochi Games are the hallmark of a corrupt government led by a tyrannical despot, they are also symbolic of the way Christians are praying for reform. Both Kulakoff and Father Joyce are hoping Russian Christians will be able to change the narrative of the Olympics from one of corruption to one of hope. Joyce said the Orthodox clergy will be a visible force at the Games, providing support for the athletes. “I hope that, especially those that are watching in the West, are going to get to see the church serving others, which is exactly what the Lord said. ‘I came not to be ministered unto, but to minister,’” he said. “And that’s what the church is trying to do, to serve others.”

Kulakoff is hoping the evangelical churches can ignite a spiritual revival in Russia. “This is what we would like to explain to them,” he said, “that Jesus came not to Americans—Jesus came to die not just for the English speaking people, but Jesus Christ came to die for the Russians, and the Ukrainians, and the Moldovans, and the Georgians, and the Armenians, and the Tajiks, and the Chechens, and the Tuvans and all ethnic groups within the former Soviet Union.” 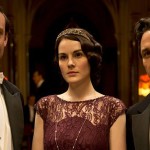 February 7, 2014 Ocean's 11, 1944: Sorting through the Jumble of THE MONUMENTS MEN
Recent Comments
0 | Leave a Comment
"Radford made a connection between Ender and Hitler.Another possible connection: Could Card have been referring ..."
Raymond Z ‘Ender’s Game,’ Genocide, and Moral Culpability
"Faith is the confidence that what we hope for will actually happen; it gives us ..."
Smiley M.M. Music Matters: David Bowie, Still Not ..."
""that many of us do not accept that a few cells of human DNA constitute ..."
myintx How I Changed My Mind About ..."
"No thought given to the unborn child whose life was 'silenced and oppressed'... sad."
myintx How I Changed My Mind About ..."
Browse Our Archives
Related posts from Christ and Pop Culture