How The Lego Movie Helped Me Overcome Fantastical Disappointment

The following contains spoilers for The LEGO Movie.

Popcorn, soda, and candy? Check. Everyone is happy.

My excitement for The LEGO Movie only grew as I sat in the crowded theater. The humor and creativity teased in the trailers exceeded my expectations. The animation was splendid. The cameos were many—and hilarious. I was giddy for almost the entirety of the film, exclaiming with Emmet, Wyldstyle, and Batman, “Everything is awesome!” (Seriously, I haven’t stopped singing it. It’s way too catchy, and I’m quite angry that I can’t get it out of my head.)

I was way into this movie. My disbelief was completely suspended from the opening titles, and and I forgot that I was actually just watching LEGOs. What I saw before me were not children’s toys. They were special people—many of them super heroes and celebrities—with great skills and a shared problem. It’s because of my investment in the narrative, then, that I experienced a moment of great disappointment as the film reached its conclusion.

Let me say here that I thoroughly enjoyed The LEGO Movie. I don’t have any real complaints about the film, and even that which I’m about to critique was an overall good reveal and plot device.

I knew Vitruvius’ prophecy to be true. I believed Emmet was The Special. I was on board with the Master Builders’ plot to defeat the evil Lord Business. Because of my faith in the story, then, the reveal that all I had witnessed was just the imagination of a child estranged by his father was jarring. I was unexpectedly pulled out of the narrative and momentarily disappointed. Not because I didn’t appreciate the message of the film—I did—but because it was a reminder that there is a chasm between the realm of the fantastic and my world. My disbelief was suspended to the point that the unreal became real in my imagination, so when the LEGOs were juxtaposed with a human kid and a selfish dad, my yearning for the fantastic was pummeled by a reality check.

I was reminded that there’s no grand wizard behind the curtain—just a grumpy old man. As humans, we have a shared yearning for that which is beyond us. We’re fascinated with magic, fantasy, the cosmos, and creation itself because we want to believe this life—our lives—are more than our simple existence. When I learned that the LEGOs I had believed in for over an hour were not part of a fantastically real world, but rather the imagination of a kid, I was immediately let down. The magic disappeared. The LEGOs were just LEGOs—the same kind I have at home that do not come to life.

If I’m honest, I wasn’t disappointed in the film as much as I was saddened by the reminder of who I am. My head is often stuck on my own responsibilities, worries, and busyness that I no longer have the magical imagination that brings toys to life. Instead of wielding The Kragle as a weapon of mass destruction, I just have a tube of super glue. Rather than creating a narrative to save the world from a maniacal plot, I simply follow the instructions.

I was disappointed in The LEGO Movie reveal because, at times, I’m disappointed in myself. I’m not magical, grand, or fantastic—and I’m certainly not special. The LEGO Movie reminded me that though I once believed in great adventures, heroes and villains, and that I was the Special, I now live a life of drudgery in the status quo. I am the distant father who, if I’m not careful, estranges my son in my own pride and selfishness. I’m the builder who super glues my LEGOs so they stay how they’re supposed to be. I’m the unimaginative man who settles in front of a screen rather than wrestle with my kids on the floor. Such is what I often believe.

This disappointment, though, is unwarranted. While I’m tempted to believe life is boring and unmagical, this lie could not be further from the truth. The world as we know it is, in fact, fantastic. While I thought The LEGO Movie reminded me of the disappointing revelation of the man behind the curtain, I now choose to rejoice that that is actually the case. There is indeed a man who went behind the curtain, but he did so to tear it down. Christ’s work on the cross, and the subsequent destruction of the temple, was an epiphany for the human experience—a moment of clarity in which we see reality not as the dull unimaginative lives we experience, but as full of old magic, wonder, and glory beyond compare. The belief that this life is uninteresting, regular, and underwhelming is a symptom of living in the already-and-not-yet. But thankfully, Jesus has gifted us with glimpses behind the veil. The Kingdom that’s here and still coming is more magical than Hogwarts, much grander than the Wizard, and definitely more fantastic than moving yellow bricks. Indeed, everything is awesome, because the Creator of it all beckons unbelievable awe. 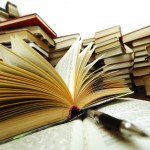 February 13, 2014
History, Christian Scholarship, and Learning to Re-embrace Our Missionary Past
Next Post 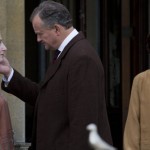 February 14, 2014 Downton Abbey: Guilt, Shame, and the Fear of Confession
Recent Comments
0 | Leave a Comment
Browse Our Archives
get the latest from
Evangelical
Sign up for our newsletter
POPULAR AT PATHEOS Evangelical
1