“Now Jesus loved Martha and her sister and Lazarus. So when he heard that Lazarus was sick, he stayed where he was two more days.” (John 11:5-6)

You probably know how the story ends. Jesus ended up raising Lazarus from the dead four days post-mortem. But does it strike you as odd that after hearing his friend was sick, Jesus stayed where he was two full days? And if that’s not weird enough, John tells us he stayed – refusing to go heal Lazarus – because he loved he and his family! Nearly a week after he hears of his friend’s illness, he makes his way to Lazarus’ location. Again, we know how the story goes. Us church people have heard this story hundreds of times.

But he stayed where he was two more days after he heard of the sickness! Two. More. Days.

The forty-eight hours of Jesus’s “staying put” had to have seemed so inconsiderate. So inconsistent with his character. So uncaring. It had to have seemed to Mary and Martha (and Lazarus!) that Jesus was either too busy or really didn’t love their family like they thought he did. We know (because we’ve read the story) that a miracle was coming. But when it was happening, these two days had to have felt like a divine gut punch. Because he loved them, John tells us, Jesus stayed where he was two more days. Can you imagine the confusion. The anger. The frustration. The wondering, “Where is Jesus and what is he waiting on?!?!?!?”

Have you ever had to endure a “two more days” treatment from Jesus? Or, are you in the middle of one now?

For Mary and Martha, it was twenty-four hours times six before they saw the white in Jesus’ eyes. They had to hear the doctor pronounce their brother dead. They had to make funeral plans. They had to find a tomb. They had to pick the music and select the proper grave clothes. They had to see him suffer and breathe his last. They had to sit with the pastor and share memories. They had to endure four days of wondering why – not only that Jesus didn’t heal Lazarus, but that he didn’t even bother to attend the funeral! So much heartache could have been avoided if he had just come and healed Lazarus when they asked him to!

For you it may be grief that will not subside. A mental illness that will not heal. An addiction that refuses to be conquered. A child that won’t return. A cancer that won’t go away. A spouse that won’t understand. A divorce that won’t “un-finalize” itself. A job that never improves. An email that never arrives. An opportunity that lays dormant. So much heartache could be avoided if Jesus would just come and heal this situation!!! Why does he stay two more days!!

I don’t claim to know every reason why. That’s for sure. But I do know Jesus loves us too much for us not experience his power and presence and love and glory in our depths. Had Jesus healed Lazarus, they would have missed resurrection. If he “takes care of the problem” for you now, you may miss a richer glory. Jesus can and may heal right now or tomorrow or the next day. Or, he may stick around “two more days” and allow you to endure unspeakable pain. Of this we can be sure: whether now or in the life to come, his resurrection power and presence awaits.

Just because he stays two more days doesn’t mean he doesn’t care. Staying two more days – believe it or not – is his way of loving you more than you could ever imagine. Hang on. Resurrection is coming. 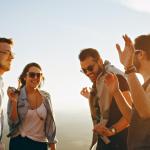 July 9, 2021
Kindred Spirit: A Letter to West Franklin
Next Post 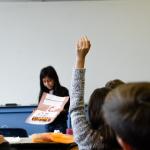 July 16, 2021 25 Questions for Lazarus
Recent Comments
0 | Leave a Comment
Browse Our Archives
get the latest updates from
Churched
and the Patheos
Evangelical
Channel
POPULAR AT PATHEOS Evangelical
1

A Letter to Christian Parents about...
Anxious Bench
Related posts from Churched 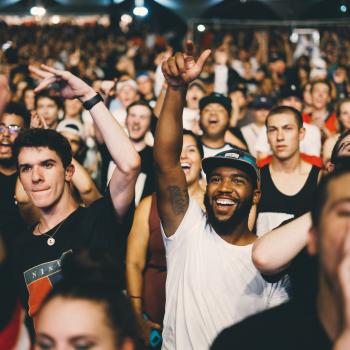 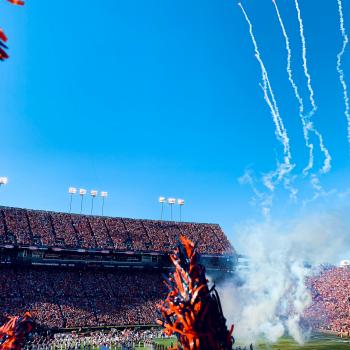 Evangelical
"We Want TJ!" A Clinic on Identity
Churched 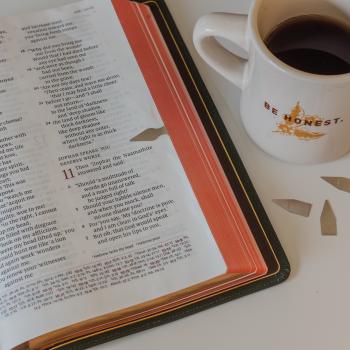