Have you ever noticed how your actions change when you feel safe? It’s true. We behave different when we truly believe we have nothing to lose.

I met my wife (Katie) on a blind date set up by my first cousin. The three of us went to eat dinner at a sub shop in Auburn, Alabama. I enjoyed the hour or so we were together but didn’t think it would go much further. Katie was (still is!) beautiful, but we were very different. I assumed she was way out of my league and would be turned off by the “Baptist-preacher-boy-wanna-be.” She gave me her phone number before we said good-bye on that first “date,” but I didn’t think about it much after that. One of my biggest fears was (still is?) rejection. I honestly didn’t think it was going to work and I didn’t want to hear her say, “you’re nice, but. . .”

Several days later my cousin called wondering what in the world I was waiting for. She was incredulous. She all but called me stupid for not dialing Katie’s number to ask her out for another date. When I informed her of my reasoning, she revealed what I didn’t expect. She said Katie had been waiting for me to call! She said Katie really wanted me to ask her for another date. When I objected and shared I knew she was out of my league, my cousin persisted. She gave me the assurance I would not be rejected and that Katie was hurt I had not called before then.

The rest is history. When I was confident Katie wanted me to call, I called. When I truly believed I had nothing to lose, I asked her out on a real date. I felt safe, so I acted. My cousin didn’t coerce me into anything. Rather, she gave me the information I needed that changed everything (quite literally). When I heard and believed the truth, I acted.

It’s amazing what we will do when the motivation is right. It’s fascinating what happens to us — in us — when we are secure. As the great theological foursome known as The Avett Brothers sing, “If you’re loved by someone you’re never rejected. Decide what to be and go be it.”

A recent New York Times article further verifies this reality. Since Fall of 2021, nearly 90,000 books have been returned to New York’s public library system. Yes. You read that correctly. 90,000 books that were overdue or considered lost were returned between October 6, 2021 and February 2022. Many of the returned books had been “missing” for decades. According to the article, “Some books were checked out so long ago that they had to be returned to different addresses.” For instance, “In December (2021), Flushing Library in Queens received a package containing ‘Goodbye, Mr. Chips,’ a novella by the English novelist James Hilton, that had been checked out in July 1970 from an address that is now associated with a shopping plaza.” Why would someone who checked out a book nearly 52 years ago decide to return it now? Further, why would tens of thousands of people “do the right thing” now?

Good question. The answer? “New York’s public library systems announced last October that they would be eliminating all late fines.” They cancelled the debts. They took on the penalty. All the accumulated fines were suddenly removed. Freedom. Nothing owed. No punishment. Why did the library system do it? “(T)he goal was to get books and people back to the more 200 branches, as well as research centers, across the city after a year and a half of limited hours and access.” Boy oh boy did it work. “A wave of returned overdue materials came crashing in, accompanied by a healthy increase (between 9 and 15 percent, depending on the borough) of returning visitors.” People were free to enjoy libraries as originally intended.

The New York Public Library president Tony Marx said the system realized they were “not in the fine-collection business.” Rather, they are “in the encouraging-to-read-and-learn business, and we were getting in our own way.” The president of the New York Public Library system realized the “law” of fines and fees prevented the libraries from fulfilling their purpose. All the guilt and shame and debts accumulated and made it impossible for people to do the right thing and enjoy a library. When the penalties were absorbed and removed, however, everything changed. People “behaved” (returned books) and people enjoyed the library again.

I eventually called the girl who became my wife. Thousands of New Yorkers returned their books. When the fear of rejection is removed and the guilt of doing wrong is gone and the burden of owing so much is borne by another – we are free to be. Free to live.

I think this is the way the Christian life is intended to work. The cross is God’s way of saying we will never be rejected. The cross is God’s way of bearing our burdens and destroying our guilt. Shame is gone. Striving can cease. Everything we long for and everything we will ever need are given to us by God because of Jesus. We do, not in order to get. We do because we’ve already gotten. We don’t have to hide our library books anymore. We can return them. We don’t have to fear being turned down. The Father is thrilled to be with us.

Consider. The new life Paul exhorts the Roman church to live is only done “in view of God’s mercies” (Romans 12:1). Jesus said that only a good tree can bear good fruit (Mt 7:17). In other words, you don’t become good after you bear good fruit. Your good actions emerge from a good heart. God didn’t give the nation of Israel the Ten Commandments until after he had rescued them and made them his own people. Paul pleaded with church leaders to stress the grace of Jesus, knowing that would motivate the church to devote themselves to good works (Titus 3:3-8). Once secure, then the action. Once confident, then the behavior.

When a fearful college boy hears a beautiful girl wants him to call, he’ll call. When a fine accrued over five decades is absorbed, the book is returned. When everything we long for is ours in Christ, we devote ourselves — not trying to get; oh no — we give ourselves away because we already have.

We have nothing to lose. Nothing to fear. It’s all yours. Now go ahead and return your library books. 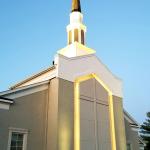 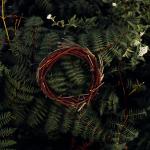 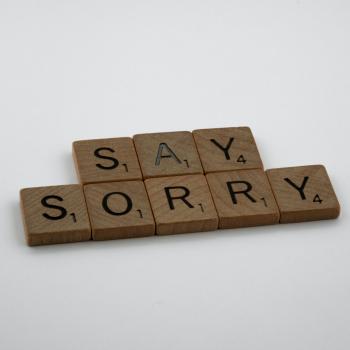 Evangelical
Never Having to Apologize
Churched 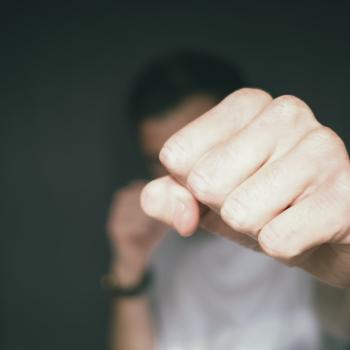 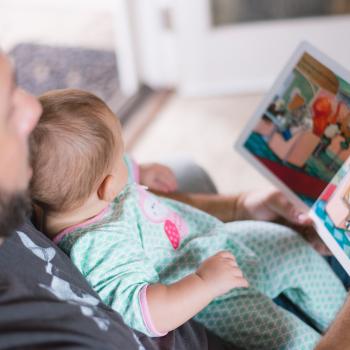 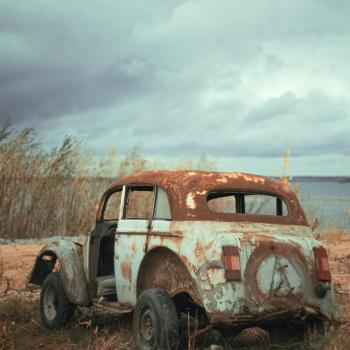