To Facebook or Not to Facebook? Engaging Heidi Campbell’s “When Religion Meets New Media” by Margaret Ellsworth

This post is written in conjunction with the “Becoming a Public Scholar-Activist” course and is directed by Monica A. Coleman.

I see friends posting statuses online announcing that they are “giving up Facebook for Lent.” They look forward to letting go of some of the pressure that social media has provided, taking a “media fast” and letting go of their addiction to liking, commenting, and game-playing on the ubiquitous social network.

I also see friends posting and re-posting the latest entry in their “Lent Madness” bracket. Lent Madness is a blog series modeled after the basketball phenomenon of March Madness—only instead of basketball teams, it pits saints against one another. Blog readers lay out their bracket and cast their votes as to which Christian hero should win the day’s competition. This is a very tongue-in-cheek initiative, to be sure, but it gets people talking every year.

As I look at these examples, I have to ask: Is social media a temptation, a distraction from the proper work of religious life? Or is it a venue for spreading ideas and building community?

Can it be both?

Heidi Campbell provides us a way to work through this question in her book When Religion Meets New Media. She rejects the idea that media is just a tool for getting one’s message across—the technology used to spread a message can indeed change the message itself. But she also rejects the idea that media is an all-powerful tool that always overwhelms a community’s message

Rather, Campbell asserts that communities participate in shaping media technologies, adapting them as necessary to respond to community values. Campbell’s model, which she dubs “the religious-social shaping of technology,” considers media to be a part of the social dynamics of the community.

The Christian, Jewish, and Muslim communities that Campbell surveys come up with a variety of responses to technology. Some believers set careful boundaries around their media engagement, such as a Jewish family that takes careful preparations to turn off electronic media for Sabbath. Others explore technological possibilities for strengthening and upholding their values, such as a Christian teenager who found her faith online in discussion forums, and now frequents those same forums to introduce Christ to others as a form of “e-vangelism.”

The largest takeaway from these stories is that perhaps there’s not a one-size-fits-all approach to technology. Instead, each community that she mentions carefully considers the use of media and tries to figure out how it fits into their values. As public scholars—and as people of faith that must navigate a media-saturated world—we could use a reminder that media is neither just a tool or an all-consuming power. It is an institution that we are continually shaping. Campbell reminds us to keep our values in mind as we shape and are shaped by media.

So in light of this conversation, will I be giving up Facebook when Lent comes around? I’ve given it up in the past, and I may do so again if I find that the “ping” of the notification window distracts me from living a life of study and prayer.

More likely, I’ll fill out my bracket of saints and jump into the Lent Madness game. But if I do, I’ll try to connect with fellow “saints” offline as well as on Facebook. The game becomes a way to stay in touch not only with my community values, but with my community itself.

Margaret Ellsworth is a writer, musician, and MA student at Claremont School of Theology, studying worship and the arts. Her interests include interfaith engagement, feminist liturgy, and sci-fi TV. She tweets @ResoluteMag and blogs at scribbleoutloud.blogspot.com.

December 10, 2013 From Anxiety to Engagement: Overcoming the Fear of Public Speaking: A Review of Craig Valentine and Mitch Meyerson’s "World Class Speaking" by Sarah Nolan
Recent Comments
0 | Leave a Comment
Browse Our Archives
get the latest from
Progressive Christian
Sign up for our newsletter
POPULAR AT PATHEOS Progressive Christian
1

Stop Telling Me about the "Lazy"...
Honest to God
Related posts from Forward-Leaning Spirit 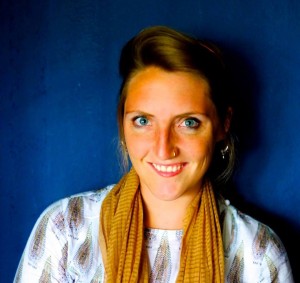 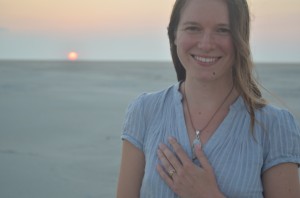 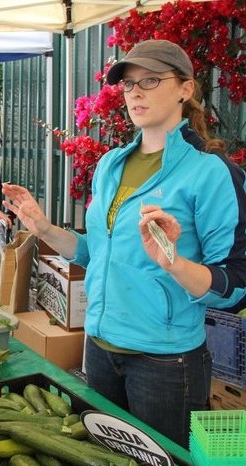