From the Temple to the Church

Agency and colonialism in Hawaii

If you drive up to the northwest corner of the Big Island of Hawaii, you arrive at Pu’ukohola Heiau National Historic Site. It’s quite a drive. Most of the land is covered with volcanic rock from lava flows, and the places that are green (mostly resorts) have been terraformed, green slivers hugging the shore near the amazing beaches that limn the island. Green islands on an island (for example).

Keep going and head east along the northern side of the island, with Maui just 26 miles away across the ocean, the landscape changes from harsh volcanic rock and desert, to lush tropical life. Dramatic transitions, on an island that includes all 14 climate zones, and is sometimes considered like a little continent.

Pu’ukohola Heiau is the temple of King Kamehameha the Great, who united the Hawaiian islands. In fact, the temple was built as one step towards the goal of unifying the island kingdom. “Kapoukahi, a powerful priest from Kauaii, prophesized that war would end if Kamehameha constructed a heiau (temple) dedicated to the war god Ku at Pu’ukohola.” So he built it.

On our drive to Hawi, our guide mentioned the stone for the temple was carried in a human chain from about 20 miles away. At the site, you can see the walls of the temple were built by stacking the rocks (no mortar). It’s an incredible feat of human engineering. The temple also doubles as a look-out and fortress. From it you can see Maui, and so can prepare if an attack were to come from that island.

Why am I tell you all this? Well, as a tourist who spent a week just down the road from the temple, I was hyper-aware of finding myself vacationing just down the road from the sacred site of a temple that established the sovereignty of a great nation. Hawaii has ever since its arrival on the global stage has played an out-sized role, substantively influencing global culture and politics.

Additionally, a church just down the road from our resort in Kona marks the arrival of Christian mission in the islands.

Mokuaikaua Church, the oldest church in the Hawaiian islands, is still in use. The congregation was established in 1820, and the church was constructed in 1837. It is also a remarkable piece of architecture, the walls built from lava rock and mortar made from a mix of corral (super heated to explode) and kukui nut oil, the wood cut from valuable hardwood trees of the island.

The missionary group who established this congregation made the journey from Boston on the Thaddeus, and arrived just as a leadership transition was happening on the islands. King Kamehameha had died, and his son Liholiho became ruler of the islands. My very kind tour guide of the church mentioned they will be celebrating their 200th anniversary in 2020, and they plan an historical reenactment to rival Oberammergau. Clearly, they’re proud of their congregation.

The story of these transitions, of the rise of Kamehameha, the uniting of the islands, Hawaii emerging on the world stage as a sovereign nation, then the over-throw of the monarchy in later years, all of it charges any visit to the island with additional meaning and significance.

I’ll admit, as a visitor, I knew Hawaii became the 50th state of our union in 1959. But I did not know until doing a bit of reading that “on January 17, 1893, a small group backed by a US consul and marines attacked the constitutional government of the Hawaiian Kingdom and its sovereign queen, Lili’uokalani.”

The United States’ use of Pearl Harbor was set to expire in 1894. The overthrow was thus strategic, allowing “Pearl Harbor to be developed by the US military without interference or oversight from the Hawaiian Kingdom government.” (Kamanamaikalani Beamer, Liberating the Nation, 194)

Such practices of colonialism and disaster capitalism are common. Hawaii was in a sense our nation’s Crimea. We’ve been engaging in active forgetting ever since. In the meantime, many native Hawaiians (‘Ōiwi) are actively remembering. And Beamer’s book, Liberating the Nation, quoted above, helped me understand our occupation of Hawaii in a more complex manner.

I’ve tended to think of colonialism and Christian mission under colonialism almost exclusively via the agency of the colonists. Colonizers are the actors. The native communities are the acted upon.

But Beamer maintains convincingly that Hawaiians maintained and exercised considerable agency even in the face of overthrow and occupation. The book is worth reading for this reason alone, in its telling of the story in a manner that maintains and celebrates Hawaiian agency.

The native rulers of Hawaii were brilliant. As just one example, King Kalākaua in 1881 was the first sovereign of a nation in world history to take a world tour of other nations, circumnavigating the globe.  In all, he visited Japan, China, Siam, Singapore, India, Egypt, Italy, England, Belgium, Austria, Spain, Portugal, France, and the United States.

I love the conclusion of Beamer’s book.

“This book strives to be a testament to the brilliance of our native rulers. Much may be gained by freeing their spirits from the chains of victimhood as the prey of foreigners. Ali’i were astute leaders. Their dedication to their people and their nation should not be overlooked because of their inability to stop brute military force. Understanding and accepting the ways they were changing while still being Hawaiian speaks directly to the heart of many ‘Ōiwim as we face contemporary struggles on a daily basis. Reclaiming our past as we navigate toward our future can only lead to more clarity, direction, and resolve in the midst of change. Witnessing what our ancestors were able to do against such overwhelming odds should help to defeat the seeds of self-doubt that have afflicted our people for too long.

For the world, this book offers an anomaly: A native-ruled country that was never colonized became a multiethnic nation, fully-functioning as a bilingual state until overthrown and occupied by the United States. But this is not simply another story of native lands and identity claimed by a belligerent and arrogant empire. Rather, it is an account that reveals the enduring agency of a people in the center of the Pacific never to acquiesce and never to lose aloha. Our struggle builds resolve, and we will remain. No mākou ka mana” (229-230).

As a tourist, I took much inspiration from the way in which the people of Hawaii maintain such agency, and then actually influence in reverse the cultures that interact with theirs. If you visit the island, you are at the very least changed by your interaction with the practice of aloha, you learn music and dance and words you had not carried before, and you come into contact with a culture that has found a creative way to navigate ways forward that maintain native agency, even while adapting by necessity to occupation and global capitalism, among various outside impacts.

Anyone interested in approaching Christian mission in a post-colonial manner, practicing Christian accompaniment rather than colonialism, would benefit from close consideration of how the cultures and religions have interacted in Hawaii. The journey from temple to church is an instructive one. 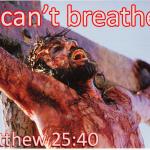 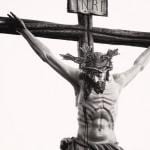 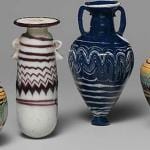 Spikenard (A Poem About Impulsive Love)
She was not manic This time but perfectly Lucid and yet burning...

LBCF, No. 267: 'Oratory'
The "Bible prophecies" on which the Left Behind series is based are...
view all Progressive Christian blogs
What Are Your Thoughts?leave a comment
Copyright 2008-2020, Patheos. All rights reserved.