From Christus Victor To Luther: An Excerpt From John Caputo

From Christus Victor To Luther: An Excerpt From John Caputo April 11, 2020 Clint Schnekloth

“The metaphorical view is not the one that was held in the New Testament (which knew nothing about immortal souls) or in the writings of the Fathers of the church in early Christianity, both of which centered on the cosmic combat between the power of God and the powers and principalities, in which God, in Christ, is victorious (Christus Victor). When Adam and Eve succumbed to the wiles of Satan, the story goes, the rule or reign of sin and death was loosed on the world, where Satan’s minions do battle with God’s angels. Into this world God sends his son, Jesus on whom Satan falls, not knowing him to be the anointed one sent by God. Then, after Jesus is arrested, tortured, and executed, and is disciples scattered, God raises him up on the third day. The forces of Satan are routed. God snatches life from death, victory from defeat. Then when Jesus returns on a cloud, the Kingdom of God will be established–right here on earth, not up in the sky. The world is reconciled with God. God rules, not the powers and principalities. God rules, not Rom. “And God, in Christ, has reconciled the world to himself” (2 For 5:19).

Except we all know what happened. The story did not play well in Rome, which a few decades later destroyed the Temple in Jerusalem and scattered the people of Israel to the four winds, and the powers and principalities have been doing very well for themselves ever since. Two thousand years and counting. The Christus Victor story prevailed for the first millennium of the church’s history, until it was replaced by Anselm’s satisfaction theory. Anselm looked with disdain on the mythological character of the cosmic battle. So he drained the rich drama of this story and replaced it with the thin serum of a scholastic syllogism. He thought he had an airtight argument that human sin represents an infinite offense against the justice of God, which can be satisfied only by a man who has the credentials to satisfy God’s offended (feudal) honor. Ergo, Christ, cur Deus homo. The crucifixion makes perfect sense. Quod erat demonstrandum. Maybe too perfect. Deus crucifixus, indeed, but the Deus absconditus seems to have evaporated into a transparently rational quid pro quo.

Anselm left Luther sputtering with anger, who rightly rejoined that the cross is not payment made on account in an economic exchange (a celestial economy, of course). It is not part of a philosophical system of justice. The Deus absconditus is not one to sit down at table to strike a bargain where each side brings their lawyers (canon lawyers, no doubt). To invoke a marvelous distinction made by Gabriel Marcel (1889-1973), a very Roman Catholic philosopher, justice is a mystery, not a problem–and the same thing can be said of suffering. Anselm was an excellent Aristotelian but a poor Paulinian. The New Testament idea of justice is not derived from Aristotle but St. Paul. It does not mean the perfectly sensible economic idea of rendering the satisfaction owed to God, so that at the end of the day the books are balanced. God’s justice–this is Luther’s central contention–is a mysterious work of divine justification in which human beings have to get completely out of the way and let God do for us by grace what is not due to us, justification. God’s justice is, as Derrida would say, radically an-economic, a matter of a gift (gratia). It’s not the case that we become just by doing just things, as Aristotle thought; on the contrary, we must first be made just by God and then the just works follow. In that reversal, we have the heart of the Reformation.

… On the cross, Christ himself, and by the communication of idioms, God himself, is crucified. On the cross, God himself despairs of God, driven, in an extreme moment of utter helplessness and dereliction, in extremis, to cry out to God, “lema sabachthani?” … For Luther, the way of the cross is to let God be all in all, by faith, by grace, the were are passive recipients of the divine action, not a party to negotiations in an economic exchange. By way of a meticulous and creative return to Paul, Luther had clearly recovered and reconstituted the main theological, theocentric element of the early Christus Victor story. Unfortunately, the later Reformers reinstalled the Anselmian judicial schema, jettisoning the language of medieval courtly honor and recasting it in penal terms and the language of justification by faith alone, thus undoing what is arguably Luther’s main point” (78-80, Cross and Cosmos: A Theology of Difficult Glory)

This is an excellent summary of Luther’s critique of penal substitutionary atonement, and the way later reformers (Calvinists in particular) corrupted the Reformation insight. But then Caputo argues for the sake of Luther, we need to move beyond Luther, and so he goes on:

“The upside of Luther’s critique of the theologia gloriae is to bring a triumphalist church down a peg or two. The downside is that his critique is susceptible to turning the cross over to a kind of private and otherworldly piety. The nub of the issue, I maintain, is the meaning of suffering, the right-wing versus the left-wing interpretation…

the suffering of Christ on the cross takes on another meaning–based on the communication of idioms–that in Christ, God as God, not just in his human nature, enters into and shares our suffering, the unjust suffering caused by poverty, need, and oppression. The distortion–unworthy of the cross–introduced by Anselm was to make this suffering look just, like a payment due, like paying a debt back we could have avoided in the first place. [Rather], the death of Jesus on the cross is prophetic, the result of speaking truth to power, and the death of a martyr, bearing witness unto death to his message about God’s coming Kingdom…

The suffering of God on the cross inspired Bonhoeffer and King to put themselves in harm’s way in order to resist the powers and principalities of their times. What gives people strength in such desperate situations is the image of God hanging on the cross, which, to exploit an American idiom, meant God hanging in there with us, hanging together with us” (82-84, and significantly, the next chapter in the book engages James Cones’ essential book The Cross and the Lynching Tree).

April 9, 2020
Demythologizing the Meal of Jesus this Maundy Thursday Under Pandemic
Next Post 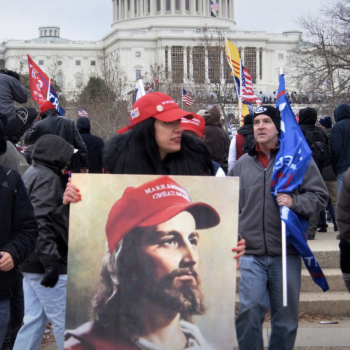 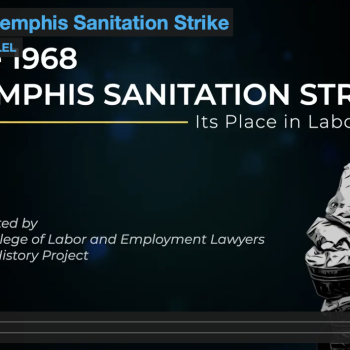 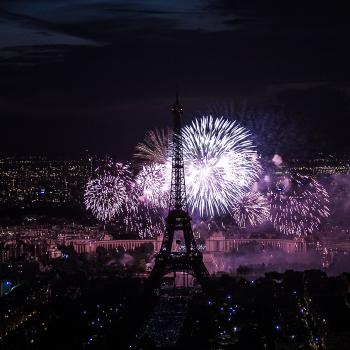