The Universe Is So Much More

The Universe Is So Much More May 13, 2021 Clint Schnekloth

“Information, however, comes into the cosmos without trumpet blasts and lavish parades. In living phenomena, for example, information settles humbly and unobtrusively into the physical universe without altering the laws of thermodynamics. Just as unprecedented strings of letters and words can be introduced into my word processor without modifying the hardware for the syntax governing the computational process, so also the insinuation of novel informational patterns into the fabric of the universe can happen so unostentatiously that it goes unnoticed altogether by materialist and atomistic scientific sensibilities. It arrives on the wings of the future.” (John Haught, 182)

“Existentially, dark matter is a reminder of how much we don’t know about the universe. The Standard Model of particle physics can’t make sense of everything. Thanks to a variety of astronomical measurements, we–that is to say, most cosmologists and particle physicists–think 80 percent of the matter in the universe is what has come to be known as dark matter. Our current understanding of the universe suggests that the constituents of everything we have ever seen–the very stuff that we are made of–only makes up about 20 percent of the matter in the universe. The rest is dark matter. And if, like Einstein taught us to, we expand our definition of matter to include energy, the composition breakdown becomes even more bleak: 5 percent Standard Model, 25 percent dark matter (whatever that is), and 70 percent dark energy. It turns out that the Standard Model is not all that, in the end. It may in fact only explain 5 percent of the matter-energy content in the universe. In other words, baryons, the Standard Model, the everyday stuff? Us? We are weird, completely abnormal. I don’t just mean physicists, I mean all of us, including Sequoioideae (the redwood tree family), our entire planet, and our whole solar system. Space is mostly empty, and the parts that are not empty seem to be mostly filled with a kind of matter that is invisible to us.” (Chanda Prescod-Weinstein)

In the Communion liturgy we host each Sunday as part of worship, the presider mentions not just the history of God with God’s people, the meal established by Christ, and his death. We also call to mind the angels and archangels, cherubim and seraphim.

For a period of time in my 20s, I was a bit embarrassed by this mention. I was caught up in approaches to faith that maintained a certain level of rationality, explainability. Perhaps I was also distancing myself from some of the more ludicrous Christian popularizations of angels in the culture of the 80s and 90s.

But as I have continued to pay attention to scientifically informed theologians, and spiritually informed physicists, I have come to the realization that the more ludicrous popularizations in our present day are the hyper-secular notions that what we can see and feel and measure are “all that is the case.”

I mean, for a moment, drop any discussion of God and God’s existence. Just talk about the fact that, according to the best knowledge of physicists, 95% of the universe, both matter and energy, is invisible to us and therefore unknown to us.

That being the case, the more silly position any human could take to discussion of God, angels, etc. would be to argue that we already know what the universe is, we’ve looked in the sky, and God isn’t there.

I mean, we’ve hardly even seen enough of the universe to barely get across the threshold for the margin of error.

Then add into this that in the 5% that is known to us, quite a bit of that is still mysterious to us. Whole lifetimes are spent testing hypotheses on how the town universe is.

Your mind is a universe. The shared stories of Marvel and Star Wars and Afrofuturism are still as yet untold. There could be information machines constructed in dark matter spaces that host whole other fictional universes in spaces we have never measured and may never see.

All of this leaves me in awe. It reminds me, in the darker moments of everyday life, when my view is constricted and narrowed to the crisis of the moment, that the line of Shakespeare in Hamlet holds true,

There are more things in heaven and earth, Horatio,
Than are dreamt of in your philosophy.
– Hamlet (1.5.167-8), Hamlet to Horatio

The thing about the sublime and theology, at a certain point the goal is to simply register in our minds, in our hearts, in our souls (are souls somehow related to dark matter or energy?) that the world is literally THAT big.

Such awareness situates us. Reminds us how transcendental it is that the God of all that is (if God is on your radar) still desires that we love our neighbors as ourselves.

So that somehow neighbor love is crucial to all that is, even if all that is appears to swallow us up in its absolute tremendousness.

There is more, for sure. But it’s also the little things. 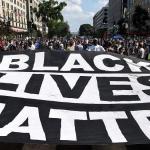 May 19, 2021 Critical (G)Race Theory
Recent Comments
0 | Leave a Comment
Browse Our Archives
get the latest from
Clint Schnekloth
Sign up for our newsletter
POPULAR AT PATHEOS Progressive Christian
1 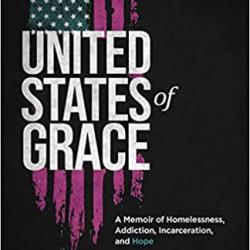 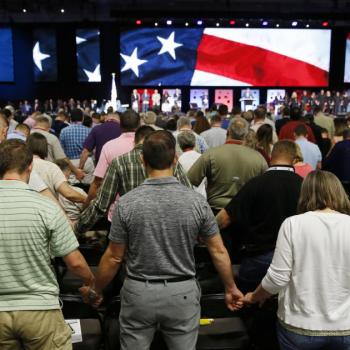 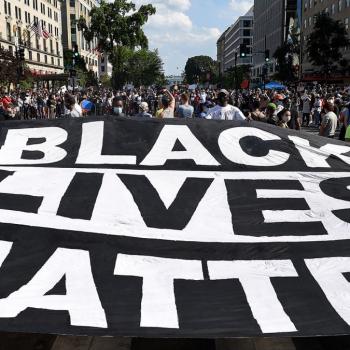