Advent Is Here To Interrupt Your Anxiety

Advent Is Here To Interrupt Your Anxiety November 24, 2021 Clint Schnekloth

Reading Karen Olsson’s wonderful dual biography of the wonder siblings, André and Simone Weil. André, the lesser known of the two, was considered one of the last great poly-maths in the field of mathematic.

Simone Weil is, well, Simone, an intellectual and saint and mystic and advocate for workers. Her impact continues to grow even if, as the biography indicates, she often felt the burden of the shadow of her mathematical brother.

At one point during the Second World War, André is in prison (suspected of spying, but actually had just been mailing complex mathematical formulas to colleagues) and Simone is working with her family to get safely out of France. Continuing their sibling epistolary correspondence, she discusses Babylonian algebra with him, wondering how it impacted later Greek mathematics.

So here we have André Weil in prison, Simone Weil at loose ends, all Europe going to hell–and they take to arguing about the nature of ancient mathematics.

(But who’s to say, when the world is going to hell, that you shouldn’t argue about ancient mathematics?)

Who’s to say, when the world is going to hell, you shouldn’t take a sideways path, consider things slant, disengage from the worries and instead worry over some esoteric corner of God’s world?

Bracket this for a moment, we’ll come back to it.

As far as I can tell,  people are now long-term anxious as a result of an ongoing pandemic. Anecdotally, earlier this year I was in to see the doctor, and the doctor said to me, “Everyone coming in here lately is a complete mess.”

Statistically we know anxiety, suicides, drug abuse, and pretty much every measure in the United States indicates health in our nation is on the decline. Life expectancy has declined for the second time in three years, connected primarily to suicides and drug overdose and the pandemic.

Taking a straight run at such issues is not necessarily a bad strategy. We should work on and provide resources for suicide prevention. Epidemiological studies and resources in communities to reverse drug overdose trends are essential. Etc.

But if all those measures are attempted, and the declines still happen, perhaps the insights from the Weil’s are worth considering: when you’re in jail and under threat of detention… argue about ancient mathematics.

When the January 6th hearings have you hyper-focused on the survival of our nation… study Ancient Greek.

When the specter of climate change has you increasingly hopeless… take a deep dive into permaculture.

When your work is tedious or your co-workers and boss are driving you crazy… discuss The Brother’s Karamazov with a reading group or listen to opera.

And this from the pastor… when the holidays have you grieving and anxious and worried how to talk with your family about the state of our nation… practice Thanksgiving and Advent.

There has always been a genius to worship, even if frequently overlooked. It is in a sense pointless. It doesn’t contribute to the GDP. It doesn’t alleviate world hunger or solve a social issue.

It’s prayer, and people communally singing and dancing together, and it’s sacraments and preaching. Taken over the course of a year or years, it is also an approach to life that includes seasons somewhat at odds with the seasons of late capitalism.

Advent in particular this year, beginning as it does just a couple of days after Black Friday and right before #GivingTuesday, is a step back away from everything that puts on the edge this season. All the shopping. All the party preparations. All the grief and anxiety.

Add to that this whole season we’ll see continuing news of the potential decline of our democracy, and we know climate change indicators are we have to do things like literally right now to not see disasters in the decade to come, and you might wonder, “What’s the point of observing Advent?”

Well, perhaps it’s exactly the right time to observe Advent, to practice holy expectation at exactly that moment it seems most pointless. Commit to waiting when everything shouts “Get busy!” Rest into a season of anticipation when everything cries “Now!”

Ponder things in your heart together with that greatest of social justice warriors, Mary, who wrote the song of all activists precisely while she lived expectantly with Christ (that is, God) swimming in the waters of her womb.

My soul doth magnify the Lord.
And my spirit hath rejoiced in God my Saviour.
For God hath regarded the lowliness of their handmaiden: For behold, from henceforth : all generations shall call me blessed.

For God that is mighty hath magnified me: and holy is their Name.
And God’s mercy is on them that fear them: throughout all generations.
God hath shewed strength with their arm: God hath scattered the proud in the imagination of their hearts.

God hath put down the mighty from their seat: and hath exalted the humble and meek.
God hath filled the hungry with good things: and the rich God hath sent empty away.
God remembering their mercy hath holpen their servant Israel :
As God promised to our forebears, Sarah and Abraham and their seed for ever.

Glory be to the Father, and to the Son: and to the Holy Ghost;
As it was in the beginning, is now, and ever shall be : world without end. Amen. 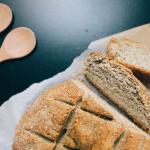 November 21, 2021
Ableism and the Elements For Communion
Next Post

November 30, 2021 Here Be Dragons: A Transformative Approach To Sunday School and Christian Learning
Recent Comments
2 Comments | Leave a Comment
Browse Our Archives
get the latest updates from
Clint Schnekloth
and the Patheos
Progressive Christian
Channel
POPULAR AT PATHEOS Progressive Christian
1

Postcards from the class & culture...
slacktivist
Books by This Author Books by Clint Schnekloth

Progressive Christian
Someone Read The Gospel Of Matthew Before Advent......
Clint Schnekloth 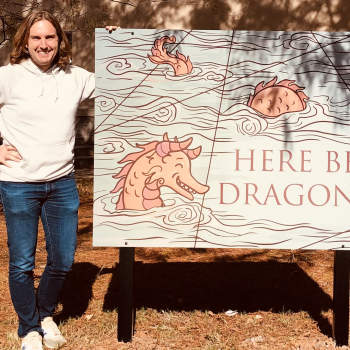 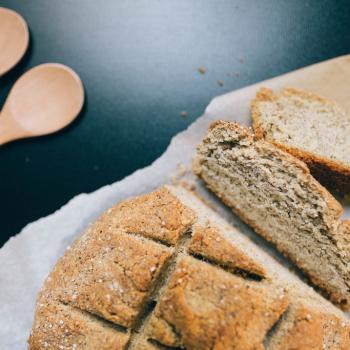 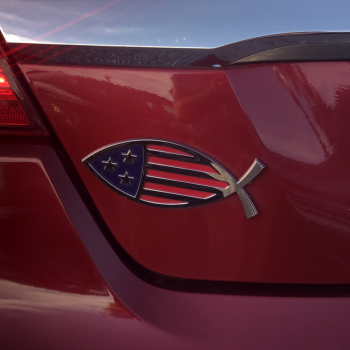