Sia’s “Chandelier” isn’t easy to sing, but this 12 year old can do it

Ehla Nympha is a 12 year old from the Philipines and she won The Voice Kids in 2015. Coming from a single parent home, she sold “banana cue” at the market to help her family make ends meet. Banana cue is a Filipino snack of fried carmelized bananas sold on a stick as a street food. Ehla started singing at age three and hasn’t stopped. Here she is singing Sia’s “Chandelier” on Steve Harvey’s show Little Big Shots. Her voice is spectacular for a young girl – she can really hit the high notes. She’s another extremely special talent to watch! 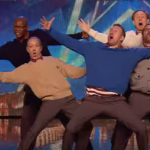 April 17, 2017
Group of old men surprise everyone on Britain's Got Talent
Next Post 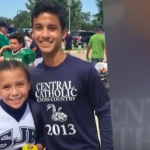 April 19, 2017 High school senior rescues girl with deployed dad
Recent Comments
0 | Leave a Comment
"This 12-yr old girl singing "Sia's Chandelier" does an awesome job."
DebbyJane65 Sia’s “Chandelier” isn’t easy to sing, ..."
"It's nice to know that with all this crazy going on in the world right ..."
Brea Elmore He traveled with no money or ..."
"To be sure they are both brilliant gymnasts. Since the age of eligibility was raised ..."
R Leon Nadia Comaneci (1976) vs. Simone Biles ..."
"How unforgettable for everybody. Good job, Phillip."
agkcrbs HS senior draws 411 portraits of ..."
Browse Our Archives
Related posts from Clippity Clip 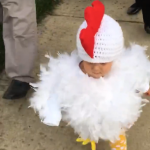 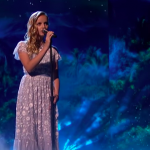 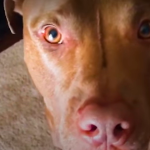