The value in telephoning the dead

The value in telephoning the dead September 26, 2016 Chris Kavanagh

This week’s episode of the popular NPR podcast This American Life featured a touching story (available to listen to here) about how some people in Japan who had lost loved ones in the 2011 tsunami were making a pilgrimage (of sorts) to a phone booth on a hill in the town of Otsuchi in order to ‘speak with’, or more accurately send messages to, their deceased relatives. The so-called ‘wind phone’ (kaze no denwa) is comprised of a simple disconnected rotary phone which is located in a white phone booth that overlooks the Pacific ocean.  The phone is owned by a 70 year old gardener named Itaru Sasaki who had installed the phone in his garden prior to the disaster in order to give him a private space to help him cope with the loss of his cousin. However after the devastation of the tsunami, news about the phone gradually spread and eventually it became a well known site with various reports suggesting that three years after the disaster it already had experienced 10,000 visitors.

The phone-booth featured in a documentary by the Japanese public broadcaster NHK during the five year memorial of the tsunami and they managed to get permission from both the visitors and Sasaki to record and broadcast some of the conversations that people were having in the booth. These recordings, with English translations, make up the bulk of the segment on This American Life and they are, as you might expect, heartbreaking to listen to. The reporter who made the piece for NPR, Miki Meek, does a great job of providing the necessary contextual explanations about customs and social etiquette in Japan, as well as providing accurate voiceover translations. A poignant point that is raised repeatedly is just how mundane most of the conversations are, with people relating events from their daily life and, in stereotypical Japanese fashion, reassuring the dead that they are working hard and telling them not to worry. In the piece this is framed as being something particular to Japan with Meek explaining:

“The idea of keeping up a relationship with the dead is not such a strange one in Japan. The line between our world and their world is thin. Lots of families keep a Buddhist altar for their dead relatives in the living room. My uncle has one for our family; there are photos on a little platform and everyday he leaves fresh fruit and rice for them, lights incense and rings a bell. It’s a way to stay in touch. To let them know they are still a big part of our family.”

I agree with the characterisation of Japan, and much of East Asia, as being ancestor focused and treating the dead as still being present. However,  I do not think that relating or ‘talking’ to the dead in an informal manner about inconsequential events is in any way unique to Japan, or as later suggested due to Japan’s Buddhist heritage*. I’ve witnessed the same phenomenon myself many times when I’ve visited the graves of family members in Ireland. Moreover, there is a substantial body of research which suggests that humans are intuitive dualists (see Paul Bloom’s Descartes Baby for a nice illustration). Young children, for example, seem to easily recognise that death means the cessation of biological functions but equally easily infer that death does not result in the end of mentality for the deceased or the potential for future social interaction.

Regardless of whether such research is correct (there are some dissenters), the real value from this segment comes from its poignant illustration of why rationality will never be a completely sufficient replacement for ritual and irrational beliefs. Just to be clear: I’m an atheist and an advocate for rationality, science, and critical thinking as the most useful (and too frequently ignored) tools of human civilization. But despite that, when listening to this segment it is impossible to ignore just how much power a simple disconnected phone line is providing to people who are suffering terribly and how it manages to help them process their grief precisely because of the unconventional, irrational scenario that it represents. Everyone visiting the phone-booth understands that it houses just an old rotary phone with a disconnected phone-line, but this knowledge does not prevent them from instilling their one way conversation with deep personal meanings. And while many clearly have some hope that their messages will- through some unknown mechanism- reach their departed loved ones, there is also a clear ambivalence and uncertainty in the tone and messages that many transmit. Several people recorded for the segment clearly find the lack of response a little disconcerting but most finish by promising to return to talk further.

None of this should be surprising to anyone who has spent time studying human cognition and recognises how heavily focused our minds are on social interactions and the search for cues of agency in the world. But I think it should give hardcore rationalists who perceive only harm and exploitation in supernatural or irrational beliefs some pause for thought. There is no exploitative religious authority here, just a kind hearted gardener, and no dogmatic doctrines, just a vague belief that the dead persist and that it is worth interacting with them. I can’t honestly agree with anyone who would argue that our world would be better off without these kind of ‘delusions’ existing.

*Pedantic Quibble: Meek suggests during the piece that most Japanese are Buddhist and that this accounts for their attitude towards the afterlife. Although this is technically correct if you rely on official statistics, in various large representative surveys few Japanese self-identify as being religious or belonging to any religious tradition. Official government statistics indicate that most people in Japan are Buddhist because they are based on reports from religious authorities which typically draw membership numbers from an archaic registration system in which all households within a given area are ‘registered’ as belonging to a particular Buddhist temple. It would therefore be more accurate to say that Japan’s Buddhist heritage has influenced cultural representations of the afterlife, rather than implying that it is anything to do with personal beliefs/adherence to Buddhism. 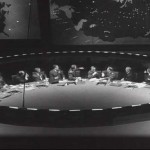 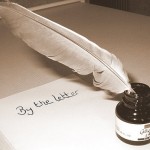 October 3, 2016 Thin skins and the muddled mess of academic Jargon
Recent Comments
0 | Leave a Comment
"I"ve been having doubts about Michael Shermer regarding one or two staff contributors to his ..."
Rennyrij Michael Shermer endorses popular alt-right Youtuber ..."
"Seems to be the real-life cognate is parents getting kids to behave by reminding them ..."
Kevin K Does priming religion make people more ..."
"Ya, a trained corvid would do better"
al kimeea New Discovery of Ancient Neanderthal Rituals?
"This article is from the middle of 2016 and the most recent comments are from ..."
DogGone New Discovery of Ancient Neanderthal Rituals?
Browse Our Archives
get the latest from
Nonreligious
Sign up for our newsletter
POPULAR AT PATHEOS Nonreligious
1 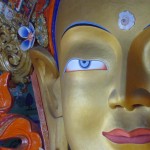 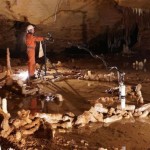 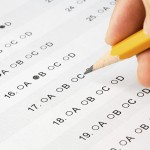 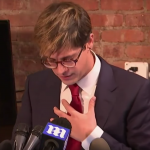 Nonreligious
An unfortunate reality: Milo will be back
Cognitive Demons
TRENDING AT PATHEOS Nonreligious