Get updates from Confessions delivered straight to your inbox

Can Morgan Freeman Give Us “Proof of God?” (Spoiler Alert)

Can Morgan Freeman Give Us “Proof of God?” (Spoiler Alert) January 24, 2017 Cynthia Dagnal-Myron

Airing January 30th on the National Geographic Channel, “Proof of God,” the third and final episode of The Story of God may be the most controversial. It introduces viewers to people who claim to have experienced the Divine “up close and personal.”

The first is a survivor of one of the most heinous acts of terrorism in history, a devout Christian from an area of Southern India, where he says Christianity “goes way back over 200 years.” He tells the story of the “clear, cloudless” morning of September 11, 2001, when his workaday world literally came crashing down around him.

Determined to escape, he and a group of colleagues ran for a stairwell and made it to the plaza just in front of the tower. And while he and his companions huddled together in the rubble and ash, he says he felt God say, “‘It’s going to be okay.’”

“I did not hear God speak to me in an audible way,” he hastens to add. “But I felt God’s inner voice speak to me. And I asked the people to pray with me.”

They did pray. But soon after, all his colleagues were crushed by falling debris as the South tower collapsed, leaving our uninjured lone survivor staggering through the “war zone” beyond.

He was certain he had just watched his wife die, until his cell phone rang, and he heard her frantic voice asking, “Babe, are you still alive?”

Though visibly moved, Freeman asks the question all viewers will: Why didn’t God spare the others, too? The lone survivor, who has left the corporate world and joined the fight to stop human trafficking in India, makes no attempt to read God’s “mind.”

“But here’s what I know from my experience,” he says. “When you walk with God and go through the storms of life, you have this peace and the presence of God. So if you carry the presence of God, even though it might be death, it’s going to be okay.”

Having heard this remarkable story of survival, Freeman wonders aloud if the only way the rest of us can have a meeting with the Divine is through disaster or illness. The answer he receives from others is a reassuring, “No.” God, it seems, speaks readily to some.

A Babalawo of the African religion Ifa and a Harvard educated priestess in training, demonstrate how divination helps them reach out to the many Yoruba deities who influence their daily lives.

“Divination is about finding one’s purpose,” the Baba explains, his student adding that, “Every single time I’ve received a divination, the advice has been on point.”

In an even more exotic setting in New York City–a bar carved entirely out of ice–Freeman dons a huge fur coat to meet Tibetan master of tantrayana with astounding physical strength and agility. “Coat-less” and comfy in a room kept at 20 degrees Fahrenheit, the master is a practitioner of “tummo,” or inner fire meditation, which allows him to raise his body temperature at will. And for him, God is something we all have inside.

“We don’t believe in this traditional God,” he explains. “But we believe that we all have a Buddha nature.”

Freeman also meets with a Muslim calligrapher for whom God is in the words he lovingly and painstakingly writes on paper and the walls of breathtakingly beautiful mosques. And in Ethiopia, he joins the New Year celebration of Meskel, where people watch, rapt, to see which way the remains of a huge bonfire will fall, to discover whether the year will be good or bad.

He even visits the ancient San tribe of Namibia in Southeastern Africa, where a healer enters a trance state through which village ancestors help him alleviate the aches and pains of ailing tribe members.

This choice to feature the more obscure belief systems was risky. Skeptics and hard core atheists may find lots of ammo in them. But as one who has experienced the astonishing accuracy of an Ifa divination and the power of a Native American healer whose touch was able to cure an illness that had baffled several allopathic physicians, I am less apt to dismiss the beliefs of others.

I am, in fact, more inclined to agree with the final subject, a physicist who meets Freeman in the New York Botanical Gardens because, he says, “I thought it would help us talk about God.”

Touching a huge green leaf nearby, he suggests that looking at nature, “makes us sense awe and wonder.”

“There’s a widespread sense that as scientists discover more and more about the natural world, they’re kind of taking away the wonder and taking away the awe,” he says. “I think it’s the other way around. I think the more we learn about the world, it points more towards God.”

Despite his impassioned apologetics, devout disbelievers will probably be dismayed to hear the old, oft-repeated arguments, no matter how compellingly they’re offered. Even I, a devout Catholic accustomed to “hearing” God’s voice, felt that many of the storytellers had skirted the issue. Or made it even more confusing.

Freeman also admits there might be no definitive way to prove that God exists.

“We’re still all just sitting here, surrounded by creation, amazed at its complexity its scope, its beauty,” he muses. “And we will always journey to make sense of the seemingly chance events that guide the course of our lives. And we will still, I believe, be faced with the gap between knowledge and doubt. A place where we will always be able to find God.”

Not fond of the “God of the gaps” argument myself, I again side with the scientist who has found God in the intricate, exquisite universe he studies each day–Pope Francis also agrees, by the way.

“It’s important to remember what God is,” the physicist explains. “God is not a thing out there in the universe that we look for. It’s the other way around. God is the reason there is a universe.” 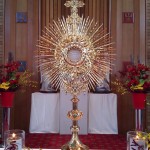 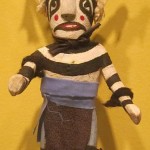 February 8, 2017 Hopi Lessons: What Trump's Election Says About All of Us
Recent Comments
0 | Leave a Comment
"The story of how our Pooka came to live with us has some similar notes. ..."
RIP Pooka :( The Mysteries of Faith: Saving Chauncey ..."
"Bless you. Your words moved me more than I can even express!"
Cynthia Dagnal-Myron Do You Love Me? Feed My ..."
"Thank you Cynthia. You brought tears to my eyes with your sharing. As a cradle ..."
Ted Wilson Do You Love Me? Feed My ..."
""We are all responsible for those election results, in one way or another."Could you please ..."
AnnieC Hopi Lessons: What Trump’s Election Says ..."
Browse Our Archives
get the latest from
Catholic
Sign up for our newsletter
POPULAR AT PATHEOS Catholic
1 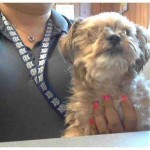 Catholic
The Mysteries of Faith: Saving Chauncey The Shelter...
Confessions 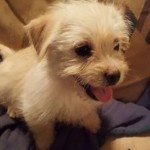 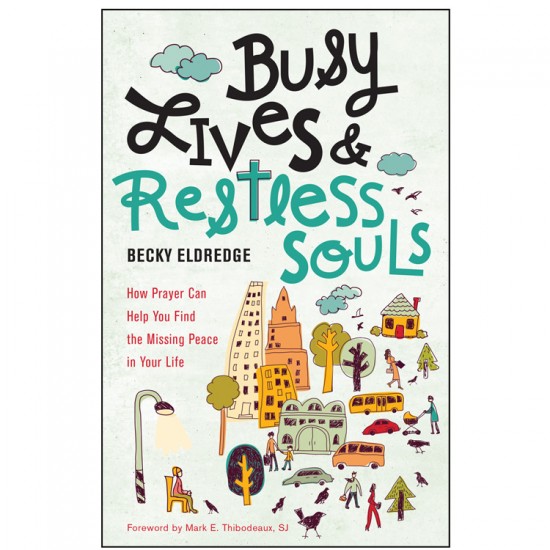 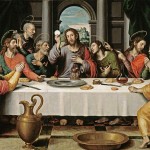 Catholic
Do You Love Me? Feed My Sheep
Confessions
TRENDING AT PATHEOS Catholic