The Church of Saint Francis of Assisi in midtown Manhattan will hold a “Pre-Pride Mass” on Saturday, the eve on New York City’s pride parade. This year’s celebrant will be Fr. James Martin, S.J. 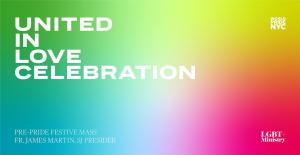 The parish website advertises the Mass as part of their “United In Love” celebration of “inclusion and prayer.” Even though “identifying as Catholic and gay or lesbian and can sometimes be a challenge,” the website continues, “we accept you #AsYouAre….Decorations will festoon our beautiful church and reflect our signature LGBT+ Ministry colors that have a deep meaning behind them.” Green symbolizes safety, yellow acceptance, blue inclusion, and pink support.

Beyond the scandal of a Catholic parish appropriating secular categories for its ministries and liturgical celebrations, the deeper scandal is that such “pride Masses” don’t actually “go all the way” in their response to the needs of people with same sex attraction.

This Mass is intended to remind a group of often marginalized and mistreated people that they are made in the imago Dei. But if recognizing Christ’s unconditional love for people with SSA were truly the intention of the “United in Love” celebration, then why not actually present them with agape—Christ’s sacrificial love on the cross? Why give them a Mass dressed up with secular buzzwords? They don’t need to waste their time going to church to get that—they can simply go to pre-pride celebrations at Chelsea Piers or in the West Village, which I’m sure will be much more “fabulous” than watching a middle-aged priest sashaying down the aisle to House music (as did last year’s Pre-Pride celebrant).

This discrepancy reflects the larger hole in Fr. Martin’s project of “building a bridge” with the LGBT community. The bridge seems not to extend all the way to the real needs of same sex attracted people, nor does it extend to the fullness of God’s love.

Rarely does his book, Building a Bridge, mention that God’s love extends into the concrete realities of our daily life through the Body of his Church. It largely ignores the practical, moral implications of living a life in communion with Christ. Only in the second edition of his book did he include the entire section of the Catechism on homosexuality, and acknowledge that the Church does not recognize same-sex marriage or sodomy as legitimate expressions of love. Even in the second edition, he still focused primarily on his personal belief that the “institutional Church and most LGBT Catholics are too far apart on the issue [of homosexual relations].”

The reluctance of Fr. Martin and St. Francis’s LGBT+ ministry to talk about agape and the cross demonstrates a real disconnect. They sadly seem to distrust that the full embodiment of Christ’s love—made “flesh” in the Law of Nature written on the hearts of all men and women, and in the Communion of His Church—is enough to satisfy the desires and needs of all people.

It’s as if the actual implications of Christ’s love are your embarrassing grandma that you hide in her room when guests are over. Don’t talk about doctrine! It will scare them away! Quick! What other euphemisms can we find for “intrinsically disordered” before they skip out of Mass early to go see the latest stars of RuPaul’s Drag Race at Stonewall?!

The assumption that what gay people “really” need is to be accepted and tolerated shows how disconnected Saint Francis’ is from the actual array of gay and same sex attracted Catholics. Not all of them have been ostracized by Church members, or want to be fed the postmodern illusion that “love is love.” Some actually thirst for the fullness of Christ’s love. And some actually desire to live chastely.

Of course, these same sex attracted Catholics are missing from Martin’s book and from these Pre-Pride celebrations. There is no mention of people involved in the Courage Apostate or the Spiritual Friendship movement. Eve Tushnet, one of Spiritual Friendship’s most prominent writers, described her experience attending a pride parade and Corpus Christi procession back to back, coming to the conclusion that “the Catholic Church offers a more compelling alternative: the possibility of shockingly chaste same-sex love.”

Tushnet argues that most pastors spend their time harping on either a permissive, watered down doctrine or on all the things gay people aren’t allowed to do. “I’d be shocked if anyone had ever even suggested a vision of a world where God, Church, family, and community could celebrate [our] love while still requiring that this love express itself as chaste friendship or mystical approach to God rather than as gay sex.”

A closer look at Pride parades will reveal a confused attempt to celebrate the beauty of the human body and of same sex friendship. In her juxtaposition between Pride and Corpus Christi, Tushnet points to the more rich and truthful representations of the body and beauty in Catholic worship, art, and theology. If St. Francis insists on having a “Pre-Pride Mass,” they should take a step beyond the secular buzzwords du jour and offer a proposal that surpasses the reductive (and ultimately nihilistic…in so far as it turns the body into a commodity for use) vision offered at Pride. 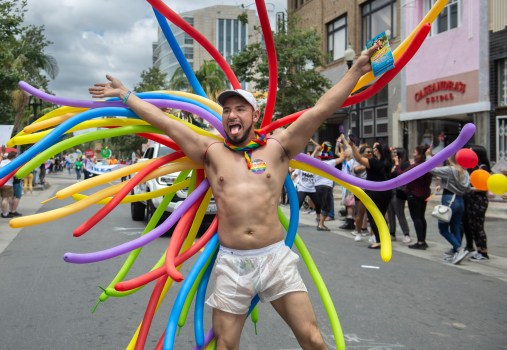 As Tushnet mentions, the Church offers plenty of examples that can help people with same sex attraction live their desire in a more fulfilling way (I’ll list a few at the end). Catholic art, specifically, depicts the body in a way that imbues it with a sacred meaning that a Pride parade can only attempt to. Consider the Pieta in the back chapel of St. Francis of Assisi itself. The graceful, maternal Virgin embraces the sparsely clothed, dead body of her Son. His bare flesh speaks to the true beauty of the male body—not the exaltation of aesthetics and carnal pleasure, but of kenotic agape ordered toward life-giving communion.

Perhaps Fr. Martin would like to suggest the Massgoers spend some time meditating on those bodies, rather than ogling at cheap versions of “beauty” like those at Pride.

As much as he and St. Francis’s parish are to be commended for their sensitivity to the pain and alienation faced by the LGBT community, their approach seems to constantly evade the question that all people–gay, straight, and every other color of the identity rainbow–must face: What can fully answer the needs of the human heart? Where can we find a promise of eternal love that doesn’t fade with time?

Pride tells gay people to “be yourself, follow your feelings,”…and that love is whatever you want it to be. But what happens when this illusion starts to fade, and the thirst for a love that surpasses the scope of sentimentality, sexual pleasure, and good-will rears its head?

When removed from the ambit of Christ’s sacrificial love–made flesh in the communion of the Church and Her teachings–the sincere attempts we humans make to love one another will not hold up in the long run. Most people attending Pride parades are looking to appreciate bodily beauty and find ways to experience intimacy with people of the same sex. Rather than giving them mere tolerance and acceptance, why not let them in on the Church’s understanding of real beauty and real intimacy?

*Some examples that might be helpful to understand the Church’s appreciation of beauty and the body:

-The witness of converts like Oscar Wilde and Marc Andre Raffalovich (the “spiritual friend” of Fr. John Gray, the real life figure who inspired the character of Dorian Gray), who recognized that the ephemeral flame of eros (which they lived through sexual relationships with other men) could only be redeemed when conformed to the Cross. While Wilde converted on his deathbed, Raffalovich lived in a chaste friendship with Fr. Gray, and turned to Dominican spirituality to help him sublimate his homoerotic desires.

-The many artistic depictions of Saint Sebastian’s martyrdom, revered by chaste same sex attracted Catholics in the Victorian era, represents the holy sublimation of lustful (often pederastic) homoerotic desire. The counter-archetype to the Greek Adonis, Sebastian reverses the pagan ideal of youthful aesthetic beauty. Instead, Sebastian’s flesh penetrated with arrows is a testament to the higher, eternal Beauty of Christ’s love. Camille Paglia offers an interesting reflection on the difference between Adonis and Sebastian. 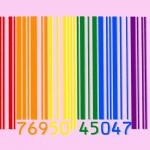 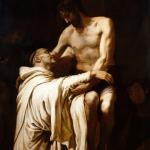 Yes, White People Need to Say...
suspended in her jar
Related posts from Cracks in Postmodernity 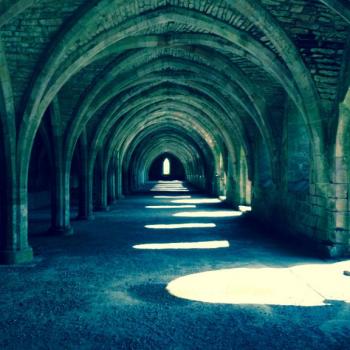 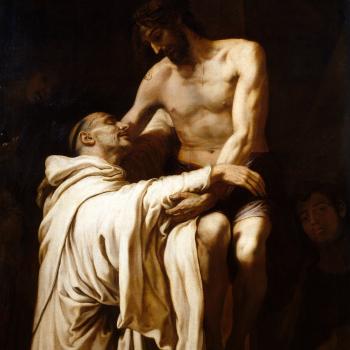 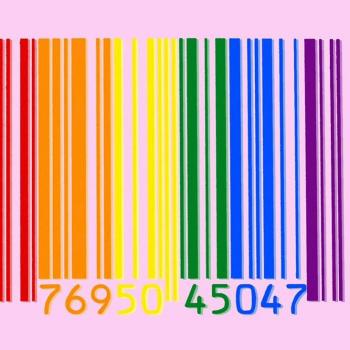