Albert Thompson is a member of the American Solidarity Party National Committee. He lives in Virginia and is a visiting professor in US history at Howard University.

SA: How can third parties change the conversation about politics in the US?

AT: The two major parties have orthodoxies which are really barriers to needed conversations about the present and future. Third parties can offer new ideas, real creative solutions to problems. Parties like the ASP can involve the Americans who have the ideas but have given up on the two-party system. In a country of more than 300 million people, we have talent and ideas that are not being empowered by the Democrats or the Republicans in Washington and the state capitals. People understand this; I’m not saying anything people don’t already know. We call the Democrats and the Republicans the duopoly because while they engage in political theater, they don’t differ on how they fail to meet modern challenges. The two major parties are exhausted and out of ideas. They are only able to cater to the wealthy special interest groups that control them. Whether they claim to be Left and represent “workers” or claim to be populist Right and represent “real Americans,” the Democrat and Republican leadership, including Trump, enact policies benefiting a small, exclusive, and wealthy clientele. It’s all they know. They keep the rest of their voters on board by mutual fear and loathing; that’s the opposite of the solidarity we need to fix problems. Third parties are the outlet for new ideas, the kind the duopoly either deliberately shun or frankly are too out of touch to develop.

SA: What do you say to people who think voting third party is a “wasted vote”?

AT: Supporting the lower ranking team goes against American inclination, but politics is not sports. It does not matter if you were runner-up, also known as the first-loser, or if you came in fifth. Except for Maine and Nebraska, all presidential elections are winner take all. In the Electoral College contest, only the winning votes count. In winner-take-all, first-past-the-post elections, second place and tenth place get the same prize, nothing. Until our electoral system changes, this is not a real argument against voting for a third party. The wasted vote argument is about scaring voters away from creating a new major party that turns the Republicans or the Democrats into a third-party.

SA: What can you say about the ASP’s take on racial equality?

AT: The American Solidarity Party realizes that racism is “extra.” It is on top of the other stresses experienced by Americans in general. Take poverty, employment, health care, housing, automation, climate change, and sex discrimination; every country has those problems, but American racism is extra. It is not the only thing, and for some people, it is not the central issue, but for many millions of Americans, race issues are the biggest problem in their lives. The ASP neither inflates nor ignores this reality. Racism is anti-national solidarity. Qualified immunity is a constitutional and public safety concern for every American, but race can make it seem like it is not. It is the same with education attainment. Student debt, mental health, or substance abuse, name a problem, and race is used to create disparate impact and harm and obscure problems among White Americans. This mixture of confusion and injustice suits the Democrat and Republican special interests just fine, but it does not help everyday Democrat and Republican voters. They wish to live in peace and have a fair chance in life.

Look at the pet issue of the Right: family breakdown (consider these Pew Research studies here and here). You could look at the single-parent numbers a couple of ways. Unfortunately, the USA has the highest rate of children living with unmarried or single parents at 23%. First, a Republican might point out the Black and Hispanic numbers and conclude they need to be taught family values or some outdated and paternalist rehashing of the Patrick Moynihan’s The Negro Family: The Case For National Action. A Democrat might then look at the same numbers and go on about how hard it is for minorities to raise a family. In this hypothetical, both activists are White, and both ignore that the White American rate of children living with unmarried or single parents is 24% and by itself would be the highest in the world. The Asian American rate of 13% is significantly better than the White American rate. I look at that as a Solidarist and say, “this is an American national problem that racial disparities have exacerbated.” When White Americans by themselves have the world’s highest rate, we know this is a problem with American society and atomization, driven by out of control capitalism, consumerism, and rootlessness. The problem is not about minority morality or even solely about past racial injustice. It is about a national system that is hard on families and communities, which actively divides and atomizes people. And then on top of that, we add centuries of racial oppression that we have not put behind us. That’s what I mean by extra.

The ASP’s platform addresses this directly: “racial discrimination has stripped ethnic minorities of their wealth and limited their eligibility to work, ability to own property, educational access, and voting rights at the individual and community levels….These historic injustices should be addressed through reparative and restorative means, such as economic grants and policies which incentivize investment, job-training, and hiring in minority communities.”

Our goal is to love our neighbors. Our party’s advantage is that we do not ignore disparities between White Americans. The gap between poor White Americans and the White oligarchs is enormous. So much that discussing “White Privilege” out of context by elite White progressives is not only confusing people; it creates offense that divides the country. That’s a more extended conversation, but I mention it, so people know that the ASP is the one party in the United States that handles all these issues. The Democrats and the Republicans are creating and managing rival systems of humiliation and domination. The American Solidarity Party is about liberating Americans to live in their communities as equal bearers of the Imago Dei. This is not utopia; living in a healthy community is hard work. Resentment is easy.

Distributism is the economic policy favored by the American Solidarity Party because both socialism and capitalism concentrate power in the hands of the few. Promoting widespread private ownership empowers community entrepreneurs who have a stake in their neighbors and their success.  If the US is as racist as the Democratic Left believes, then a socialist system would have property and power in the White administrative state’s hands. How does that make sense? But if families matter the way the Republican Right says, why support global capitalism that hoards resources and does not care for community? Despite their pretensions, the Democratic and Republican parties promote atomizing state capitalism, disguised by pitting Americans against one another. The Libertarians’ small state capitalism won’t alleviate injustice and will leave people so vulnerable to exploitation that the big state becomes more appealing. Thus I think distributism is the way.

For some people, identity politics is about division. But what about American identity? National identity can unite in peacetime the way it does during wartime. We are Americans, we share neighborhoods and cities, often poorly, but we can do better. It is our country, and it is what we make it. I express my patriotism through a civic nationalism focused on loving my neighbor. I put it like this: A nation is a federation of families.

Civic Nationalism is the ideology of promoting or sustaining a democratic nation-state and defending its legitimacy based on its people’s right to a common identity. The civic nation is a federation of families with common citizenship in a democratic government that guarantees equal justice, responsibilities, and access to benefits due to their being citizens.  In contrast to ethnonationalism, the Civic ideal gladly promotes the acceptance of new members who adhere to the democratic and civic values of the nation and does not require or assume common ancestry. These new members are fully equal, and their family fully inherits the equity rights of citizenship.

That is the future for an American nation that is fully comfortable with its ethnic variety. That’s the twenty-first century we want.

July 14, 2020
Cracking Through the Culture Wars: Interview with Will Arbery, playwright of Heroes of the Fourth Turning
Next Post 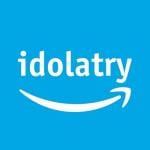 November 1, 2020 Amazon, Idolatry, and the Incarnation
Recent Comments
0 | Leave a Comment
"Is there a reason why I should know what a Bad Bunny is? MTV Video ..."
Daniel Johnson Bad Bunny’s Big Gay Kiss: The ..."
"his advocacy for violence against trans Puerto RicansYou might want to rethink that phrasing.."
Donalbain Bad Bunny’s Big Gay Kiss: The ..."
"Please, sue your university."
Statistics Palin Quentin Crisp’s Mystical Desire for the ..."
"This Ivy girl must have never been to the southern part of the island. Maybe ..."
Ame “Latinas Don’t Twerk”: Ivy Queen’s loaded ..."
Browse Our Archives
Related posts from Cracks in Postmodernity 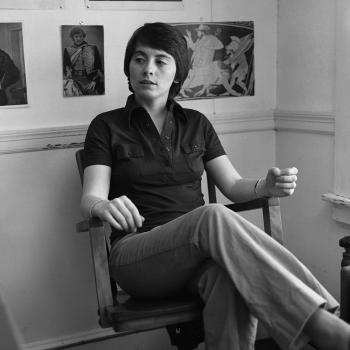 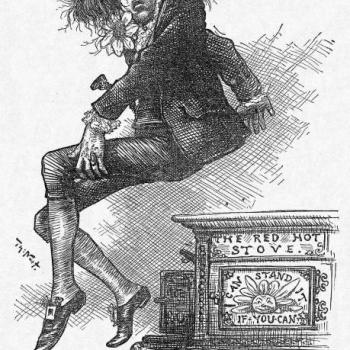 Catholic
A Politics of the Person: Going Beyond the...
Cracks in Postmodernity
TRENDING AT PATHEOS Catholic