The intro to Bad Bunny’s “Safaera” is a sonic amalgam trudging from out of the chthonian…the dark, swamp-like underworld.

It speaks to the unpredictable Dionysian elements of human nature–what paganism celebrates, and what monotheism subjugates to the design of Natural Law and integrates into the pursuit of unity with the Creator.

Jowell y Randy groan out lyrics, as if dragging their bodies through an orgiastic swamp of bodies, where it’s not gravity but their instinctive desires that drag them down, and entraps them.

It draws out the animal nature in man which is the stuff of pagan earth and fertility cult. Sampling from Pliers and Chaka Demus’ “Santa Barbara,” an illusion to the Yoruba goddess Shango, the femme fatale who lures man in and destroys him,

they sing: “que falta de respeto, mami”…”how disrespectful, that you would dare to come here without panties.”

Bad Bunny declares ironically that tonight is a night of drinking, smoking weed, and spending–if God permits it, knowing full well that he has not intention of submitting his base inclination to the will of the Creator tonight, and proceeds to tell the girl to grab his genitals like a bong.

Rauw Alejandro speaks to the deep-seated yearning for total consummation with Being itself…for an experience of unity that reaches to eternity.

But in a neoliberal late-phase capitalist society, where eternity has been banished from our horizon of consciousness, we are left to accumulate an infinite amount of finite moments of pleasure. The yearning for a consummation with the eternal is reduced to perpetual consumption.

We aim in vain to resist the boundaries of time and space, asking for the finitude of our existence to transcend its boundaries and lead us to something lasting, but to no avail.

We must thus eat the object of our desire into oblivion, to the point that we forget the existential dread that this moment of pleasure is finite.

Bourgeois suburban elites have no problem being cooped up in the house by their lonesome. Their disconnect from ethnic bonds, familial ties, and tradition has left them desensitized to atomization.

Thus why the “front row” coastal college educated elites had little difficulty quarantining themselves at the start of the pandemic, contrary to the experience of “back row America,” which consists of mostly ethnic and working class people.

Bourgeois comfort and complacency, total control and predictability, are the name of the game. They have no problem sacrificing basic human needs for the sake of not getting coronavirus.

Music journalist GG Albuquerque indicates that Descartes’ separation between the mind and body privileged those whose pursuit of truth manifested intellectually, deeming more “rational” or “human” than those who engaged in manual labor or whose pursuit of truth was more embodied than purely rational. He cites the afroperspectivist philosophy of Renato Noguera, which aims to “decolonize” the body and relegitimize its ability to speak spiritual truths, thus creating what Albuquerque calls an “incorporated” or incarnational philosophy. This point of view “goes in the opposite direction of the [Western] philosophical tradition and its devaluation of the body, presenting the idea of the body as the mortal room of an immortal soul.”

He goes on to cite the writer Kyra Gaunt who highlights how the African drumming patterns used in funk demonstrates the body’s ability to speak truth: ”the body is a technology of black musical communication and identity…The social body as a tool or method of artistic composition and performance, however, continues to be overlooked in the study of music, just as the black vernacular body continues to be overlooked in dance history. Drums or any other forms of musical ‘technology’ are but extensions of things the body and voice can do. The striking of body parts and cavities, the resonating of the singing voice, and use of verbal and nonverbal language, manufactured codes, identiﬁcations, and ideas about music and life through the ‘systematic’ (re)production of an embodied phenomenology.”

“El cuerpo lo pide, la calle está llena.” The body knows it, the body asks for it. Now the street is full. The body speaks of the need for communion, for dynamic motion, for meaning…a desire which the front row is intent on silencing, subjugating to the demands of risk-free predictability and complacency. 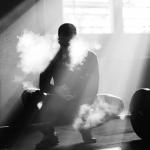 January 22, 2022 Thirst Traps Invert the Male Gaze
Recent Comments
0 | Leave a Comment
"This Ivy girl must have never been to the southern part of the island. Maybe ..."
Ame “Latinas Don’t Twerk”: Ivy Queen’s loaded ..."
"Um, actually, The Weeknd's music is a philosophical exercise examining the difference between art and ..."
Ame The Weeknd’s Soulless R&B
"Certainly, the cult of the ephebe is decadent because it limits the moral development and ..."
Purity Balls Thirst Traps Invert the Male Gaze
"I tend to agree with you on many of the things you wrote, particularly the ..."
Jim Dailey Harry Potter: the Triumph of Bourgeois ..."
Browse Our Archives
Related posts from Cracks in Postmodernity 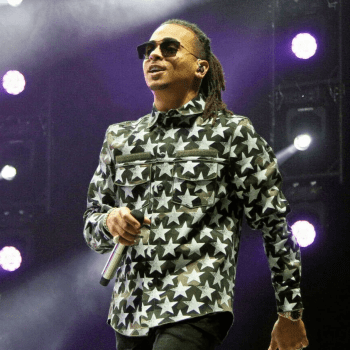 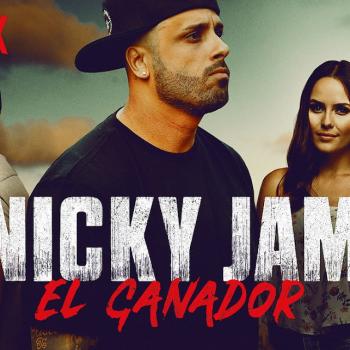