How to Talk About Your Abusive Relationship with Trusted Friends

Individuals suffering in an abusive relationship often isolate themselves. Self-isolation is caused by many reasons, too many to get into here — that’s a topic for another article. Here, all I need to say is that isolation leads to more confusion, self-blame, and an increased vulnerability to the gaslighting techniques of your abuser.

One of the best ways to heal from this is to learn how to talk about your abusive relationship — but only with trusted friends. Talking to the wrong people, or in the wrong way, can lead to more trauma.

Abusers are notorious for engaging in a damaging smear campaign against their victims. Lying, slandering, or exaggerating the faults of the target in order to gain sympathy, to falsely play the victim, or to get others to “side” with them are hallmark traits of an abusive personality. This is one of the many reasons victims tend to shy away from talking about their situation, even with trusted friends and family. I’ve received frequent emails from concerned readers about this topic, and usually their concern goes something like this:

“I’ve told my friends about the bad things my ex did to me. Does that mean I have an abusive personality, too?”

Obviously I can’t diagnose anyone, but I can say the mere fact that the question is being asked in the first place — with true concern — is a clear sign that the person doing the asking is not abusive. Individuals who use control and manipulation in their relationships aren’t prone to self-reflection. They don’t ask such questions. It doesn’t even occur to them that they should.

There are a few crucial differences between unloading on trustworthy friends about how your partner or ex mistreated you, and  playing the victim with the goal of revenge and to persuade people to be on “your side.” The key thing to remember is this: motive matters.

Let no corrupting talk come out of your mouths, but only such as is good for building up, as fits the occasion, that it may give grace to those who hear.

I recently received an email stating, “I just had a fun girls night out, and for the first time I felt comfortable enough to actually tell my friends what was going on with me and John—even the worst things he did. It was great to unload and they were very supportive and understanding. But now, when I think about it, I feel really bad, like I betrayed him or something. I’m also afraid I’m just like him. I don’t want to be abusive, and I don’t want to slander other people, no matter what they did to me.”

First of all, slander is, by definition, a false or malicious statement about someone. It’s not a matter of telling friends the truth. Slander is making stuff up in order to defame another person.

He who troubles his household will inherit wind

Second, as I pointed out to my reader, she experienced remorse (whether warranted or not), which indicates a fully-developed, empathetic conscience. Abusers, on the other hand, notoriously lack empathy, or at least are very low on the empathetic scale. They simply don’t self-reflect like that. It’s generally not something that crosses their radar.

I also suggested to my reader that she ask herself why she unloaded on her friends. Did she feel a need to finally be fully upfront with them, to release all the toxins the abuse has poured into her, to let out her grief to trustworthy and supportive people? If that’s the case, what she did was not only normal, but very healthy. That’s not abuse, it’s not slander, it’s not being cruel to the other person.  In this case, surrounded by empathetic friends, this was part of the healing journey.

However, if she said certain things about her (ex) partner in order to make herself look like a victim as an excuse for any bad behavior of her own, then perhaps she should think twice. If that’s the case (which it obviously wasn’t with this reader), I’d urge her to take a probing, serious look at her motives. Deep healing from trauma is necessary to purge out all toxins of resentment in order to move forward in reclaim a true sense of self.

When talking to others about your abusive relationship, it’s crucial to take a hard look at who you’re talking to. If you’re unloading on a supportive loved one who can help with healing, who can lend an empathetic ear and who can give solid advice, then this is something I highly recommend. It’s not only a necessary part of the healing journey, but it’s essential.

Oil and perfume make the heart glad,
and the sweetness of a friend comes from his earnest counsel.

On the other hand, if you’re blabbing to a potential new partner you barely even know, or broadcasting the evils of your abuser or ex-abuser to anyone who will listen, then there’s a problem. Again, motive matters. Keep your private life private. Don’t trust your secrets to the untrustworthy, or to someone you don’t really know. This is never wise, in any situation.

If you’re open and brutally honest about your own actions, other people’s motives will become even more clear to you. Here’s a list of a few more questions you can ask yourself for self-reflection and healing:

If you answered yes to any of these questions, that indicates a need for further healing. Don’t be hard on yourself. Be gentle. Trauma and abuse causes a great deal of confusion, anxiety, PTSD and other emotional and even physical issues. Healing is a slow, yet glorious, process. The trick is opening yourself up to the grace of God and cultivating the virtue of patience.

If, however, you don’t feel the need to demonize your abuser as a way of gaining sympathy, portraying yourself as the victim, or convincing others of how horrible he is, then you have a healthy mindset. Congratulations, you’re on the path to healing! Patience and prayer are still key aspects, but the integrity of your true self, made in the image and likeness of God (Gen. 1:26), is shining through.

Those who demonize others do so out of deep feelings of insecurity and shame.  They have a fragile sense of self, and attempt to compensate for it in negative and damaging ways. Most of the survivors I’ve spoken with, although deeply hurt and traumatized by their (ex) partner’s abusive patterns, attitudes and actions, still stress to me that there’s good inside him (somewhere). They don’t demonize. They don’t see in black and white. I often hear survivors tell me that they regularly pray for the one who betrayed them, that they recognize he needs help. They feel bad because he refuses help or, if he’s seeking it, they pray he’ll continue.

That’s true charity, taking on the mind and heart of Christ and loving others in a Christ-like manner.

Again, when talking about your abusive relationship to trusted friends, the one thing to keep in mind is that motive matters. 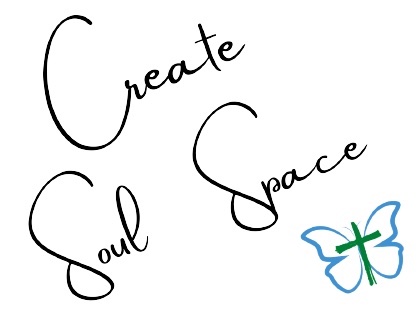 September 22, 2022
Allow Yourself to Be Loved--By Yourself
Next Post 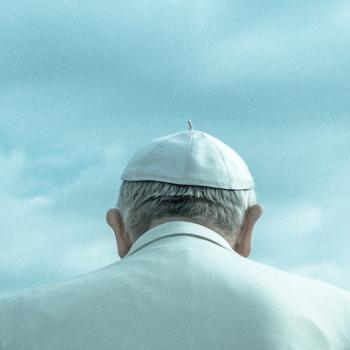 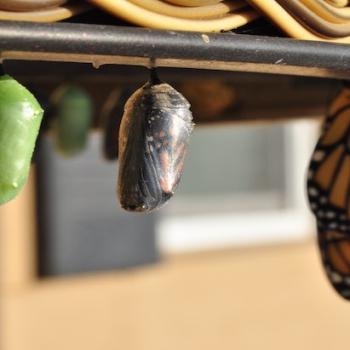 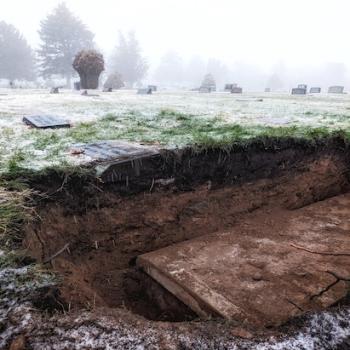 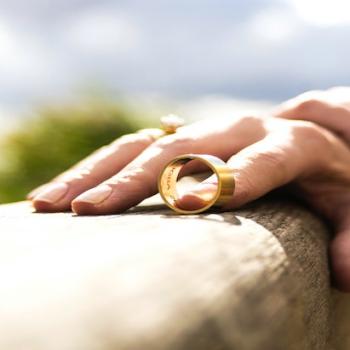