What Does the Bible Say About Abortion? Not Much.

The Old Testament patriarchs would scratch their heads at the problem conservative Christians have invented and seized upon. “That’s not what ‘Thou shalt not murder’ means!” they’d say. “It means that you shouldn’t take a stick and beat someone over the head until he’s dead! We kill people around here at the drop of a hat—both our own people when they transgress the Law and people of other tribes when we get into border squabbles. And God has no hesitation in killing people. To simply make someone not pregnant is vastly different. People try lots of folk remedies to bring about that very thing, and our only complaint is that they’re not effective.”

All this hand-wringing about the safety of a single cell, less than one trillionth the size of an infant, would baffle them. God is happy to slaughter (or order slaughtered) lots ’n lots of humans—men, women, and children.

If the Big Man doesn’t care, why should we? That’s a rhetorical question—of course we should care. It’s just that we shouldn’t imagine an argument against abortion based on what the Bible says.

About Babylon, it says, “Happy is the one who seizes your infants and dashes them against the rocks” (Ps. 137:9). And: “Their children also shall be dashed to pieces before their eyes; their houses shall be spoiled, and their wives ravished” (Is. 13:15–16). Whether God uses genocide against the other guys, poisonous snakes against his own people, or an old-fashioned global flood against everyone, God has a broad palette of options when it comes to death, and he makes no special provision for children, infants, or fetuses.

The Bible even describes a potion to deliberately induce a miscarriage, used by the priest when a woman is suspected of adultery.

God himself has a hand in abortions. Roughly half of all pregnancies end in spontaneous abortion, a far greater rate than that of clinical abortions. If God exists, he’s the biggest abortionist of all.

Why imagine that the Bible is against abortion? Maybe it’s that whole “thou shalt not murder” thing.

But let’s ignore that and assume that the scriptures say not to murder. What is “murder”? Is capital punishment murder? It’s illegal in Europe, and many people think it’s murder in the U.S., and yet it’s legal in 34 U.S. states. What about killing in wartime? Or killing in self-defense? Or killing accidentally? Or killing animals? Or euthanasia? Murder is undefined, so “Thou shalt not murder” is meaningless.

You’d think that this vaguely supported legal opinion that God is against abortion would give Christians pause, but I guess the hearts of pro-life Christian soldiers are resolute. They’re quick to argue that God’s actions are beyond our understanding when it suits them—when confronted with the Problem of Evil or the justice of hell, for example—but at other times they acknowledge no vagueness and know for certain what God wants. In particular, they know that God is against abortion!

Why is abortion that big a deal from the Christian standpoint when abortions send souls to heaven without the risk of doing the wrong thing in adulthood? That murdered babies go straight to heaven was one way William Lane Craig tried to wriggle out of the moral consequences of God ordering the Canaanite genocide (“Christianity Can Rot Your Brain”).

Next time: 16 Arguments Against Abortion, with Rebuttals.

January 18, 2012 Marriage vs. Religious Freedom
Recent Comments
0 | Leave a Comment
"If I could give you 100% evidence for a intelligent designer, would you accept that?Waoh!Get ..."
Ignorant Amos BSR 3: Christian Hypocrisy Proves Christianity ..."
"I don't want to win a argument.That's good to know, because you haven't much chance ..."
Ignorant Amos BSR 3: Christian Hypocrisy Proves Christianity ..."
"True, but there's still a way to include some gentle ridicule in a one-on-one, it ..."
gusbovona BSR 7: If God Existed, He ..."
"Considering the radius of the observable universe is ~46 billion light years then how quickly ..."
Michael Neville BSR 8: All God Expects of ..."
Browse Our Archives
Follow Us! 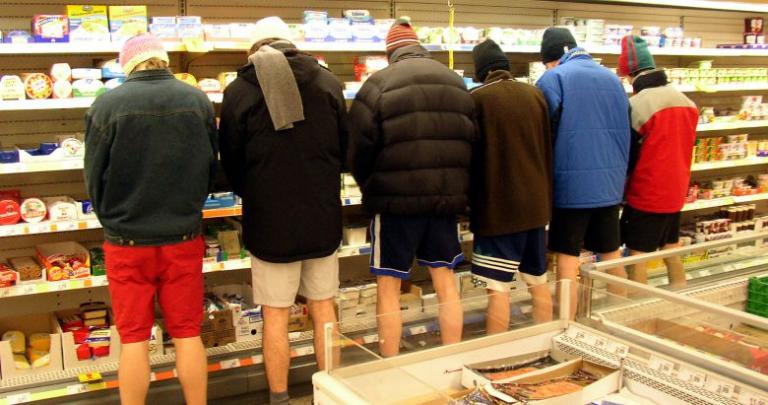 Nonreligious
Is Life Absurd Without God? A Reply to...
Cross Examined
TRENDING AT PATHEOS Nonreligious